Just when we might have thought the Middle East had seen it all in terms of possible crises, a move by several members of the Gulf Cooperation Countries (GCC) to bring the small but ambitious country of Qatar into line has triggered another.

After last month’s visit to Saudi Arabia by President Trump of the USA, and his apparent support for the kingdom’s stand on regional issues, Saudi Arabia, the United Arab Emirates, Bahrain and Egypt broke off diplomatic relations and imposed sanctions on Qatar. The Gulf state is accused of funding terrorist groups, of destabilising the region by hosting key figures and exiles from the Muslim Brotherhood (a banned organisation in much of the region), for spreading dissent through its Al Jazeera channel, and for supporting Iran. The geo-political rivalry between Saudi Arabia and Iran is another important reason for the crisis. So too, is concern over the influence of growing Qatari and Turkish relations, another example of Qatar’s desire to compete for regional clout.

The sanctions include cutting food exports to Qatar, on which the country largely depends, denying air space to Qatar’s national airlines and halting visa-free entrance for Qatari citizens. In contrast, Turkey and Iran expressed public support for Qatar and urged a solution to the crisis. Turkey sent food supplies and accelerated development of the first Turkish military base in the Gulf. While President Trump condemned Qatar as “a funder of terrorism … at a very high level” and backed the sanctions, US Secretary of State Rex Tillerson called for de-escalation and noted that the crisis was hurting the fight against ISIS. Qatar hosts one of the largest US military bases in the region with more than 10,000 troops stationed there.

Meanwhile, Iranians went to the polls in a heavy turnout and re-elected Hassan Rouhani as their president by a wide margin. He will face a strong challenge to improve the country’s struggling economy, especially with a US Congress that is unlikely to loosen sanctions that deter international investment. In addition, President Trump has threatened to withdraw from the nuclear agreement negotiated by his predecessor.

Only a fortnight after the election, Iran’s normally effective security operation was penetrated by a group of terrorists who mounted a gun attack in the Iranian Parliament and a suicide bombing at the memorial shrine of the founder of the Islamic Republic of Iran, Ayatollah Khomeini. Seventeen lives were lost in the attacks, claimed by so-called Islamic State. While IS has been issuing anti-Iranian messages for some time and Iran has been directly involved in the war in Syria, the Tehran violence came as a shock to Iranian citizens. Many commented on social media that the world seemed to care when terror claimed innocent lives elsewhere but not in Iran. Christians, too, expressed disappointment that their country was viewed only through the prism of the positions taken by their country’s clerical and political leaders.

In Egypt, Christians themselves were again the target of the latest terrorist outrage. Despite a three-month state of emergency declared after the Palm Sunday bombing of two churches, gunmen attacked two buses carrying Coptic Christians to Sunday worship. Families were travelling to the Monastery of St Samuel the Confessor in Minya governorate when they were stopped on a desert road. A group of men in military uniform sprayed one bus with bullets then boarded the buses and demanded people renounce their faith. When they refused, they were shot at close range. A SAT-7 crew interviewed bereaved families of the 29 killed at a mass funeral. There it was clear that the frustration and anger of some was at boiling point. Please pray for grieving families, for a more rigorous commitment by the security forces to protect Egypt’s Christian community, for perpetrators to be brought to justice, and that Egyptian believers will be protected against fear. 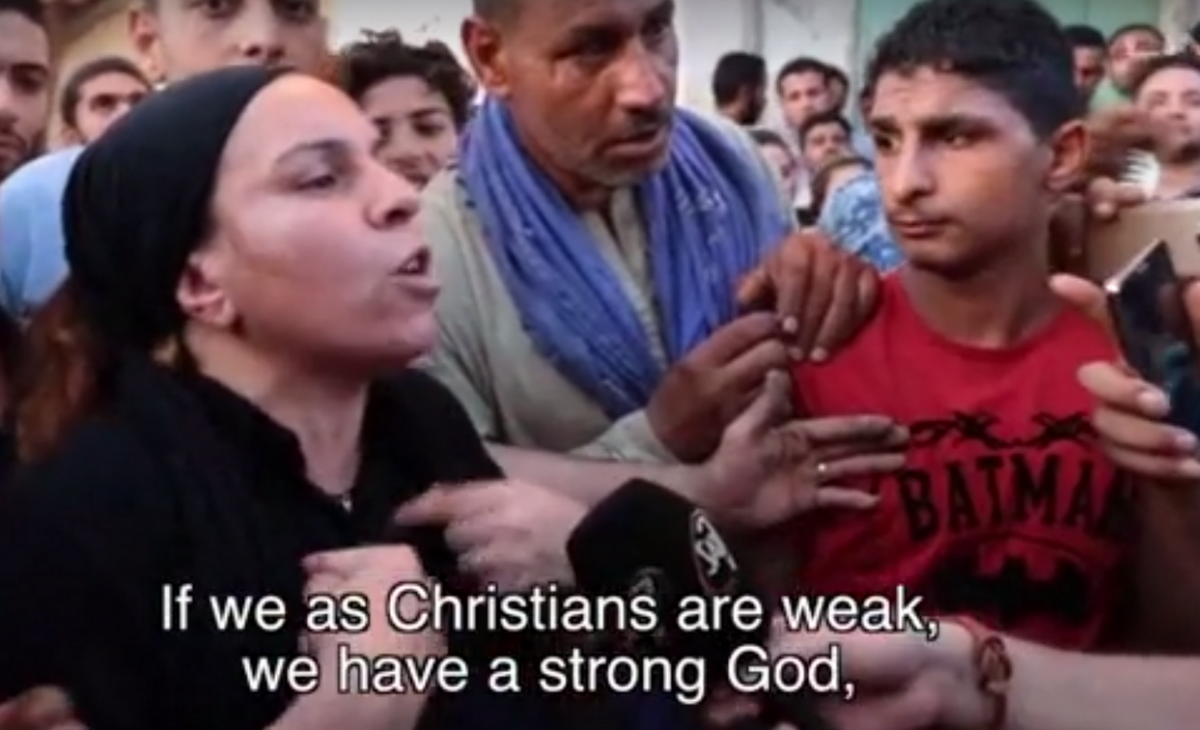 The military campaigns against so-called Islamic State in Syria and Iraq, meanwhile, push on. A US-backed offensive by Kurdish and Arab fighters to retake IS’ self-proclaimed capital of Raqqa in Syria began on 6 June. After surrounding the city, three of its neighbourhoods have been recaptured. However, an estimated 160,000 civilians remain within Raqqa and a UN spokesperson has raised grave concerns about the numbers of civilian casualties caused by coalition air strikes supporting the offensive. In Iraq, IS forces remain encircled in the old city of Mosul where Iraqi forces have so far been unable to dislodge them despite fierce fighting.

Yemen, a country on its knees through war and famine, is now experiencing a cholera epidemic. There have been almost 1,000 deaths since the end of April, and some 124,000 suspected cases of infection. The food shortages, collapsed health care and ongoing war in the country make it one of the worst humanitarian crisis in the world. The blockade of Yemen’s air space and seaports has made matters worse. The regional fight behind the war is complex. Just this month Sudan announced it is planning to send additional troops in support of the Saudi-led coalition that is fighting the Houthis, a rebel force which has some Iranian backing. Meanwhile, the Iranian press published reports claiming that United Arab Emirates (UAE) soldiers and militants there were kidnapping and torturing civilians.

In a reminder that the tensions in the Middle East, as well as global risks we are facing, have deep historic roots, this June marked the fiftieth anniversary of the 1967 war between Israel and its neighbouring countries – often referred to as the Six Days War. Despite its brevity the conflict has left a long legacy. While Arab countries, led by Egypt, sought a swift victory against the State of Israel founded in 1948, the war ended with Israel capturing far more land including all of Jerusalem, wider Palestinian lands and reaching deep into Sinai.

Around 200,000 to 325,000 Palestinians were displaced, some for a second time since 1948. For the region, the Israeli victory meant the collapse of secular Arab nationalism as represented by Egypt’s charismatic leader Nasser, and the enabling of Islamism as an alternative to authoritarian regimes that failed to deliver on their promises. For Palestinians, although the Oslo Accords of 1993 and 1995 delivered limited internal self-government in parts of their territories, their hopes of statehood are still far from being realised. The war’s outcome has made the issue of Palestine-Israel a cornerstone of not only regional but global politics.