The state reports that 96 percent of Azerbaijan’s population are Muslim and that two thirds of this community are Shia. Christians, Jews, and Baha’is together make up the remaining four percent. Although the constitution protects freedom of religious expression, some government practices restrict freedom of worship.

Members of groups the government considers “non-traditional”, including some Protestant denominations, face difficulties obtaining the official registration they need to operate freely. The government has in recent years detained religious activists, including Sunni Muslims and Jehovah’s Witnesses, on charges including the distribution of illegal religious literature.

In the nineteenth century, the territory of present-day Azerbaijan was divided between Russia and Persia. An independent Azerbaijani republic was declared in 1918, but the country was invaded by the Soviets just two years later. Azerbaijan remained part of the Soviet Union until it voted to restore independence in 1991. Ethnic strife between Armenians and ethnic Azeris began in 1988, and during the 1990s this escalated into all-out war over the region of Nagorno-Karabakh, a territory claimed by neighbouring Armenia. Fighting briefly broke out in the disputed area in 2016.

Freedom of expression and assembly is limited in Azerbaijan, which has seen a government crackdown on activists, journalists, and bloggers who oppose the ruling party. In 2015, the main opposition parties boycotted the national elections, accusing the ruling New Azerbaijan Party of jailing its opponents. 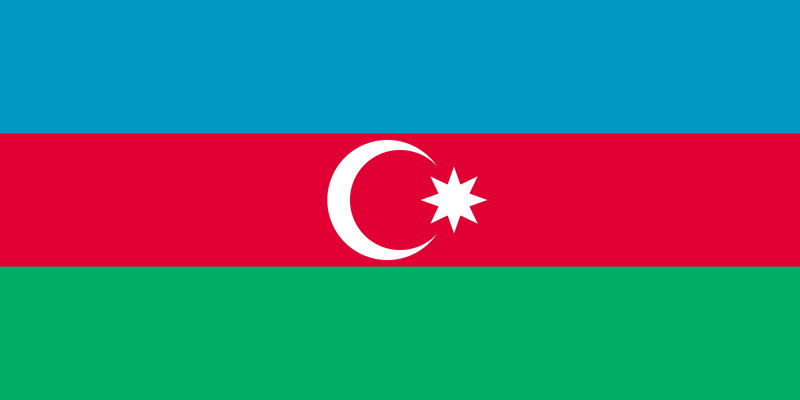