Jordan is more than 97% Muslim, and Islam is the state religion. Freedom of religion is granted by the constitution, and discrimination on religious grounds is officially forbidden. Of the country’s 150 parliamentary seats, 9 are allotted to Christians. However, because of the primacy given to sharia law, conversion from Islam and evangelism to Muslims are effectively prohibited. Converts from Islam face societal exclusion, threats, and abuse.

Jordan was the site of early civilisations including the Babylonians and Canaanites. The country takes its name from the River Jordan, a significant biblical landmark that lies to the west.

The Hashemite Kingdom of Jordan, as it is known today, was founded in 1946. Before then, Jordan was under British rule as the Emirate of Transjordan, as decided by the League of Nations following World War I. The country repeatedly lost and regained land as it engaged in wars during the 20th century. During the 1948 Arab-Israeli War it seized Cisjordan, the modern-day West Bank of Palestine, only to lose it during the 1967 Six Day War against Israel.

Jordan has taken in a large number of refugees: around two million Palestinians, 500,000 Iraqis, and most recently 650,000 Syrians have fled to the country. The large number of displaced people has put pressure on Jordan’s infrastructure and economy, resulting in societal tensions and other problems for the Jordanian authorities. 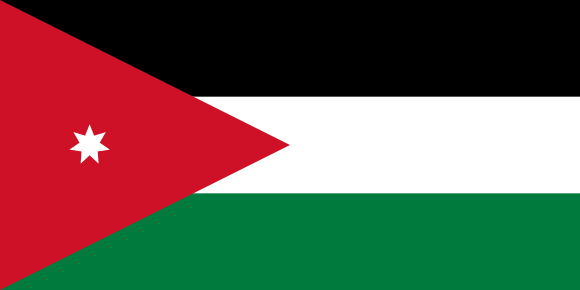