You are here: Home / Features / The cry of women for worth
Search

The cry of women for worth 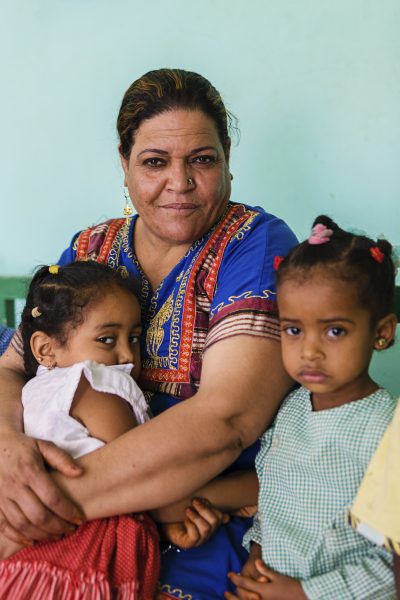 An Egyptian graduate tells a SAT-7 journalist: “I thought God would never hear my voice because as a woman I am nothing.”

A SAT-7 viewer contacts our counselling team to say: “My husband thinks it is manly to beat me when I can’t do all he says. I am confused; ask your God to show me what is right for me to do.”

A third woman tells SAT-7’s Forbidden programme she was repeatedly raped by her father as a child. When she became an adult, family members tried to murder her after she fell pregnant as the result of an affair.

Each of these cases is shocking to us, but less so in the region where SAT-7 broadcasts. That’s why, as a Christian satellite TV channel in the Middle East and North Africa (MENA), an important part of our programming addresses the challenges faced by many of the region’s women.

Our women’s programmes seek to show female viewers their true value in God’s eyes, to change the thinking of the men in their lives, and – in the words of one of our producers – “[to] enable them to embrace their God-given identities. We want to celebrate girls and women, not as victims, but as active and able agents.”

To get a clearer picture of some of the harmful attitudes and restrictions that many MENA women contend with, we spoke to Adriana*, a Christian working with abused women in Jordan. As a senior professional from a Global South country outside the Middle East, Adriana said her experiences in Jordan have been an eye-opener.

“I had visited almost every Arab country in my previous business career so I felt I knew the culture,” she said. “But when I moved to Jordan, what shocked me was how little independence women have. You can be a 40-year-old woman and your husband, brother or father has the right to go with you to the airport and say, ‘You cannot leave the country’ and you cannot leave, full stop.”

She dismisses the idea that such practices arise out of concern for the woman’s safety. “It’s a fallacious idea that men protect women,” she counters. “They oppress, they control women. It is extremely common for men to hit their wives and brothers to hit their sisters – very common.

“In Jordan you have a lot of laws that are supposed to protect women but they are not applied for the most part. If a woman goes to the police to complain about her father or husband, most likely the police will find a way to exonerate the man.”

Jordan is often seen as one of the more progressive Arab countries. Adriana says the Jordanian Royal Family “portray themselves as very modern”, but she thinks the voices that have influence at local level are those of tribal elders because Jordan is essentially a tribal society.

She believes traditional religious views are responsible for women’s lower status. The way the dominant faith is practised in the region gives women lesser legal and economic rights, she believes. It insists on obedience to husbands and discourages the asking of questions. “The woman exists for the good of the man,” Adriana says; “women never have value in themselves. The more religiously conservative you are the more likely you are to enforce your entitlements as a man.”

The effect of these attitudes, Adriana says, is that “women are not self-aware” and will accept family decisions that actually harm them. Adriana mentions a graduate she was teaching.  The young woman said she would accept her husband taking a second wife if she could not have children.

Another issue is that in Arab society, “Men are always with men and women with women,” Adriana says “So men do not know how to relate to women. We avoid eye contact in the street. It all reinforces the stereotype that women are dangerous and untrustworthy.”

This mistrust along with ideas of the woman’s duty to protect the “honour” of her family also lie behind the worst forms of domestic abuse. Most of Adriana’s time in Jordan has been spent working with abused women, and they come from all backgrounds.

She mentions the mother of a woman she supported. The mother herself was so severely beaten by her well-respected husband that she is brain damaged and needs full-time nursing care. His daughter fled the abuse when he turned on her.

Another woman she and colleagues sheltered was a 13-year-old girl. Like her four sisters, she was sexually abused by her father. But she dared not report this to the police because of the shame it would bring her and the family. The extent of such abuse goes unreported because, Adriana explains, “if a girl reports abuse, who is going to marry her? In the end it is more harmful to her to report the abuse so she lives with it.”

In the West, there are escape routes from such situations. In the Middle East it is much harder. A number of the women, including one who came to Christ after being sheltered from abuse by her brother, have been helped to leave the country and now live elsewhere in the region.

But leaving the family home to live independently is not an easy option in this culture. “A woman in Jordan cannot leave the house and say ‘I’m going to rent an apartment and support myself’. The landlord will know by her name where and what tribe she is from. Legally it is possible, but not socially. A woman only leaves the family home when she marries. The family umbrella is absolutely essential.”

Divorce too is a last resort. When a couple marry in Arab society, the groom’s family pay a bride price of gold and jewellery. In Jordan US$10,000 to US$15,000 would be a good amount. This will be the woman’s only security if she divorces; she will not be entitled to any other support.

In Arab societies, Adriana says, “You put a band aid on the problem so you don’t see the wound and outside everything looks fine.”

In contrast, the transformation that Christ brings goes to the root of the problem: “When an Arab woman is abused, she loses whatever self-worth she had,” Adriana says. “She is ostracised by her family and often is thrown out of the house. When she discovers that Jesus loves her unconditionally, she sees herself differently. She realises that she is valuable and develops a new sense of self-worth and discovers true freedom – like she never had before.”

It is in these areas that SAT-7’s programmes play a vital role. Firstly, all its broadcasts – from the SAT-7 KIDS shows that mums watch with their children, to worship, testimony and Bible teaching series – all speak of God’s abundant love for each of us, regardless of gender, ability or past.

Secondly, SAT-7’s dedicated women’s shows remove the sticking plasters over difficult issues. They tell women’s stories, reveal the scale and importance of the problem with expert commentators, and they invite viewers – men and women – to discuss the issues. They show women and families who are taking a stand, finding their worth in Christ, and discovering their potential.

Martina Qandah Fakhoury, one of the presenters of SAT-7 women’s programme Start from Here – herself from Jordan – says believing in Christ is “the start of a transformation journey”. At root, “the issues facing women and their rights” derive from the “sin that has deformed God’s will and plan”. Discovering that plan is a long process of growth: “The calling for Christian women is to work to restore their value and their rights, and to do that by becoming more like Christ and aligning themselves with God’s will and His call for them.”

At the start of this article we quoted some words from Maggie Morgan, producer of another SAT-7 women’s show, Needle and Thread. Maggie says her goal is “to see women embrace their God-given identities”. She aims to do this by tackling tough issues with optimism so that viewers may “live better, brighter, standing up straight, and walking with a spring in their step”. Ultimately, this is the goal of all our women’s programmes.

From victims to victors

But SAT-7’s care for women does not stop when a programme goes off air. We heard recently of the miracle God has done in the life of Ghada*, an Egyptian viewer who was sexually abused for three years by her brother and contacted our counselling centre to help her.

Enaam Haddad, SAT-7’s Counselling Centre Coordinator, describes what happened: “The centre put Ghada in touch with local Christian counsellors and after a long journey, God gave her healing from the trauma of the abuse and enabled her to fall in love, marry and expect her first child.

“And more than that, Ghada is now a victor: she has become a member of the telephone counselling centre, helping two other abused ladies. God can turn our mess into a message, and turn us from victims to victors. Praise be to His name.”

Will you help Answer the Cry for worth?

Your support today can help us #Answer the Cry of more Middle East and North African women. Your gifts help us to broadcast programmes that transform the lives of the region’s women and equip them as witnesses to God’s power and love.

Yes, I want to help Answer the Cry!