You are here: Home / Features / Lebanon crisis and the Church as priesthood
Search

Lebanon crisis and the Church as priesthood

Since the start of nationwide protests last autumn, Lebanon has entered a new and uncertain chapter. Elie Haddad, President of the Arab Baptist Theological Seminary in Beirut, highlights the biblical model of priesthood as the key to how Christians should respond in an uncomfortable time for all Lebanese including believers.

We have been living through an uprising in Lebanon since 17 October, 2019. Large numbers of Lebanese are revolting against the ruling elite and the deep-seated corruption that characterises our political system.

The plight is nowhere near a solution. Politicians are not heeding the demands of the people, and the people are not relenting. One key factor that has contributed to the uprising is a failing economic system. The corruption and instability are bringing Lebanon to the edge of economic collapse. Add to that the escalating regional tension that impacts political decisions in Lebanon.

Many of us have written or blogged on this uprising, which is to be expected as we are all wrestling with what the crisis means for us, as Christ followers and as a Church. We find ourselves in a liminal space[1] in Lebanon, a time of transition. We have left the time of what was. There is no going back. And we are waiting for the what’s next, an unfamiliar space that we have never experienced. This is a time of uncomfortable transition.

As the country experiences key defining moments, this is a kairotic[2] moment for the Church. How our churches respond to the crisis is consequential. Many of us have reflected on how Christ-followers ought to respond at a time like this. We have been learning valuable lessons as we explore new ways of relating to our predicament. In my opinion, however, we have not reflected enough on what the corporate Church response should be.

The notion of priesthood has been grabbing my attention for a while. We believe in the priesthood of all believers, but what does that mean? I wrote about this before, to highlight that all believers participate in this priesthood. In this blog, I would like to reflect on the priesthood as a collective function of the Church.

To start with, priesthood is a divine appointment. This is a crucial fact that we cannot ignore, even if it seems too vague for us. If this is an assignment from God, then it becomes imperative that we explore what it means and how it can be lived out today in order to be faithful to our calling.

The role of priesthood can likely be encapsulated in mediation between God and people; representing God before people and representing people before God.

At the heart of representing God before people is living out our identity. 1 Peter 2:9 places priesthood at the core of defining our identity as the people of God: “But you are a chosen people, a royal priesthood, a holy nation, a people belonging to God, that you may declare the praises of him who called you out of darkness into his wonderful light” (NIV).

We are given this identity in order to declare the identity of God. What a glorious role. Living out this role requires complete dedication and obedience to God with unlimited compassion to fellow human beings.

We can represent God before the people by presenting a godly perspective on the situation. In the middle of our crisis, people are troubled, apprehensive, and frightened. They are anxious about the future. They are dissatisfied with the present, so they want to change the future, which can be very daunting. People do not know how their actions will affect change and whether that change will be positive or negative.

But what about us? I notice that oftentimes we, the people of God, can have similar feelings and reactions. Anxiety about what is to come. I was reminded recently in my Bible readings that even though we do not know what tomorrow will bring, we do know how it will all end. At the end, Christ is victor. The battle has been won. Consequently, our disposition towards the crisis should be different.

As the people of God, we should not be anxious about how our actions will change the future. Rather, our actions should be determined in the light of the future. As the people of God, we can bring an eschatological perspective to the situation. As the ones representing God before the people, we can proclaim Christ as victor to the troubled and anxious people around us. We can help them see God’s perspective in every circumstance. The Church should be a pioneering community modelling an alternate way of responding to crises.

As priests, the Church also represents the people before God. Priests present sacrifices. This is not only an Old Testament reality. This is still a key role for the people of God in the New Testament. Our sacrifices today are not atoning sacrifices. This has been accomplished by our High Priest on the cross, yet the New Testament talks about spiritual sacrifices. In a sense, every Spirit-filled action that we take is a spiritual sacrifice. The focal point of our sacrifices, however, can be expressed in intercession. The priestly role of intercession is one of the most important roles that the people of God can play today.

I find it surprising that the crisis in Lebanon, with increasing fear of violence or total breakdown, has not engendered a tangible prayer movement among our churches. I wonder why? We frequently quote the popular verse “if my people, who are called by my name, will humble themselves and pray and seek my face and turn from their wicked ways, then will I hear from heaven and will forgive their sin and will heal their land” (2 Chronicles 7:14, NIV), yet this does not translate into action.

It could be because our churches feel disconnected from our society. Their sin not ours. We are morally superior and righteous. We find it difficult to identify with them. Or perhaps we feel victimised by the sins of others, which may arouse in us feelings of anger and resentment towards the offenders. Or it could be that the corruption of our world has seeped into our churches and no one has noticed. We may be oblivious to the cultural sins that find their way into our churches. We no longer recognise sin and the implications of sin.

The priestly role of intercession starts with a look inwards, into our own Church community, confessing our sins and how we may have been corrupted with the corruption of the world, to become a repentant community. Then a look outwards, confessing the sins of our people and pleading for their forgiveness. If we truly believe in the power of prayer, then why do we not invoke this power more often?

Priesthood is a privilege, going to God on behalf of others and ourselves, and going to the people on behalf of God proclaiming His goodness in word and deed. My prayer is that the troubles that we are facing in Lebanon would awaken the Church to this privilege.

[1] An anthropological concept that describes the disorientation experienced at the threshold of passing from one stage to another.

[2] Kairos is a Greek word that means a season or an opportune time.

This article originally appeared on the Institute of Middle East Studies blog of the Arab Baptist Theological Seminary. Used with kind permission. 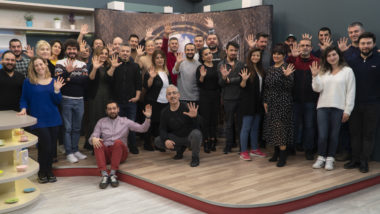 War and peace have been the dominant themes of the Middle East this month. Iran and the United States stepped back from

Since the start of nationwide protests last autumn, Lebanon has entered a new and uncertain chapter. Elie Haddad,

TwitterFacebookE-mail
We use cookies to give you the best possible experience. Essential cookies speed up page loading and improve your experience. We'd also like to set optional analytics cookies to help us see how people use our site so we can improve it. We won't set optional cookies unless you choose to accept them. Using this tool will set a cookie on your device to remember your preferences. Click FIND OUT MORE to learn about how we use cookies.Accept all cookiesBlock non-essential cookiesFind out more
You can revoke your consent any time using the 'Change consent' button.Change consent