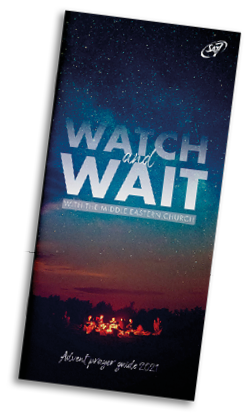 The Coptic Church in Egypt is one of the oldest Christian communities in the Middle East, said to have been founded by the apostle Mark.

Coptic Christians observe a strict 43-day vegan fast during Advent. Forty days of the fast correspond to the time Moses waited to receive the word of God on Mount Sinai. The remaining three days traditionally commemorate the miraculous moving of Al-Moqatam mountain in Cairo after a period of united fasting and praying by Egyptian Christians in the tenth century. It’s a sober and special time for believers to cut out distractions and reflect on the wonder of the Word made flesh.

Coptic Christians mark Christmas Eve on 6 January by attending a special evening Mass which ends at midnight, after which families gather for a big feast to break the fast. SAT-7 will be broadcasting Egyptian church services in the run-up to and on Orthodox Christmas Day on 7 January.

“Today, the virgin bears Him Who is transcendent,
and the earth presents the cave to Him Who is beyond reach.
Angels, along with shepherds glorify Him.
The Magi make their way to Him by a star.
For a new child has been born for us, the God before all ages.”

From the Coptic Nativity liturgy