Rosaline, a 13-year-old girl from Sohag, Egypt, was miraculously healed from incurable kidney failure after being prayed for at church and on SAT-7.

She and her parents appeared on SAT-7 KIDS programme Family of Jesus to tell their story.

Rosaline was in the late stages of kidney failure, but didn’t yet realise, as her symptoms were initially misdiagnosed for food poisoning. Eventually, her doctors discovered the real cause. They told her parents that Rosaline had acute and permanent kidney failure, and that she would have to be on dialysis all her life.

“She’d walk into the hospital but after the dialysis she’d be so tired we would have to carry her home,” Rosaline’s father says.

Her case worsened, and the doctors didn’t have hope for her survival. But Rosaline’s faith remained steadfast.

“My mum cried but I told her not to, because God’s timing is right,” Rosaline says. “I had faith in the Lord that He would heal me.”

The Family of Jesus team received a phone call from Rosaline’s Sunday school teacher, Mariam. She asked them to pray for Rosaline, and she prayed with them live on the programme.

Soon afterwards, Rosaline received more prayer, and things started to change. “I went to church on a Sunday and the priest prayed for me. Three days later, I went to the toilet normally for the first time in twenty-three days,” Rosaline says.

In less than a week her kidneys were performing normally. Her doctors were amazed!

“Everyone who knew was surprised at this miracle and saw the works of God. They glorified God,” Rosaline says.

“God’s the greatest physician,” says Rosaline’s father. “No matter what disease or illness, God can heal anything.” ■ 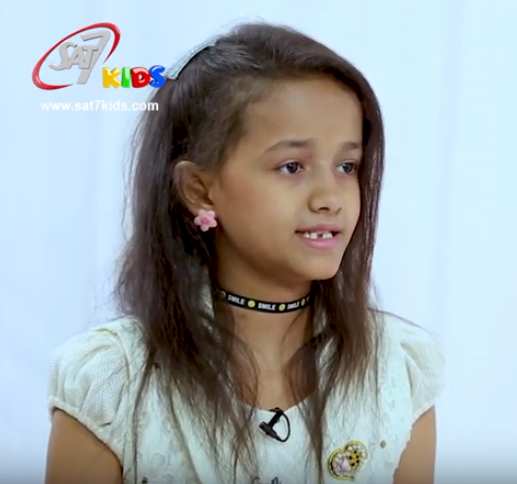