Socialising over hot drinks has been an integral part of Middle Eastern culture for centuries, long before cafés first gained popularity in the Western world. SAT-7 is now showing two new youth programmes that follow this tradition.

“Young people need practical advice,” says Uygar Duzgüner, producer of the new SAT-7 TÜRK show Turning Point. “That is why we wanted to make this programme – this kind of Christian resource isn’t available in Turkey.” As the youth pastor of a church in Istanbul, the 28-year-old is acutely aware of the limited Christian resources available to young Turks.

“The most important issues are discussed across coffee tables, so we wanted to recreate this safe, comfortable environment on-screen to encourage youth to open up,” he explains.

Turning Point is the first ever live youth show on SAT-7 TÜRK. In a café setting that creates a relaxed and homely atmosphere, the presenters address youth issues from a Christian perspective.

The programme aims to help young people address behaviours such as lying, gossiping, and unfaithfulness in relationships.

“We want viewers to be engaged – to have a sense of familiarity and see their daily struggles reflected and discussed on screen,” explains Duzgüner.

Meanwhile, SAT-7 PARS has produced a new youth drama series that demonstrates how to deal with everyday problems through drama and storytelling. Café Bahar is the first Farsi programme of its kind to be broadcast on SAT-7 PARS.

The show’s format reflects a typical scene from an Iranian coffee shop in the seventeenth century, when it was common for actors to explain moral lessons to customers through drama.

In the corner of the programme’s coffee shop sits a young woman – Café Bahar’s narrator – who speaks directly to the camera about the conversations she observes around her, and offers biblical advice.

“We wanted to produce something that is relevant and relatable to all young people,” explains Nader Taghizadeh, the show’s director and producer. “This is why we chose to appeal to youth through drama and entertainment.”

Café Bahar is fresh not only in its chosen genre but also in its location – it is set in Paris. “Many young people in Iran think that if they were in another country, their problems would not exist,” Taghizadeh explains. “We want to show them that young people across the world face similar problems.”

The hope is that as young viewers watch these programmes, they will feel less isolated and more equipped to deal with their own challenges and problems. Cuneyt Arıkan, SAT-7 TÜRK’s Programming Manager, says:“We want to give youth hope. We’re presenting them with a God that they’ve never known – a God who wants a relationship with them. We want to tell them about a God who loves them, cares about them, and can save them from their troubles. We want to make programmes to help them live in happiness despite the chaos around them.” 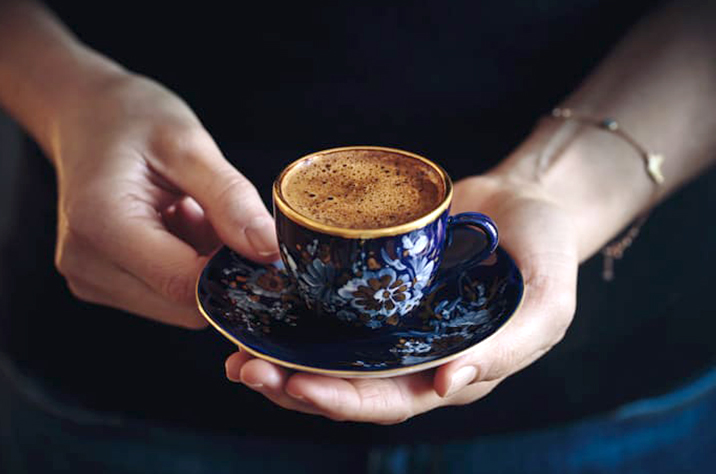