In the Middle East and North Africa, abuse of women is widespread and mostly undeterred by law. You Are Beautiful, a new programme on SAT-7 ARABIC, offers hope and support to women in the MENA who face abuse, social rejection and unhealthy living conditions.

Around 37% of Arab women have experienced some form of violence in their lifetime, according to a United Nations report. Many women and children fall victim to the oppressive influence of abusive husbands and fathers, and it can be difficult to escape.

“Many women who experience abuse from their fathers or husbands hardly find any protection or support from society,” says Sherif Wahba, producer at SAT-7 Egypt. “Consequently, they lose hope in their value, and succumb to the abusive treatment because they resent themselves.”

FINDING HER TRUE WORTH

That’s where the new programme You Are Beautiful comes in. Produced by SAT-7 in cooperation with Campus Crusade, the show aims to redeem abused women by showing them their true worth, as well as introducing them to counsellors and ways to escape the abuse.

“They don’t have to be stuck in a dead end. There’s a way out. Someone can help,” Wahba says.

Arabesque wall designs, soft lighting and cosy furniture provide a comfortable and homely scene where the presenters can talk earnestly and openly to each other and their audience.

Campus Crusade producer Ayman Zekry and his team conducted pre-interviews with female survivors of abuse from across the Arab region, and found that the same problems kept arising.

“We filmed heartbreaking stories of women from Syria, Jordan, Egypt and Tunisia. Sadly, that’s the reality of many women in the Arab countries,” he says.

AN HOUR OF AWARENESS AND COUNSELLING

Each episode of You are Beautiful is comprised of short interviews with people on the street, a pre-recorded interview with a victim of abuse, and a discussion between the presenters and expert guests about the topic in the studio.

In one episode, a woman shared that her father had sexually abused her before locking her in the bathroom for a week without food or drink. Her mother and brothers knew of the abuse, but did nothing. She fled and became homeless until a governmental organization sheltered her and helped her heal and find work to support herself.

“The talk show aims to offer solutions for victims and shows them how to seek help,” Zekry says. “We invite experts in various fields to give practical ways for healing and surviving.”

HOPE FOR THE DISTRAUGHT

The support offered by You Are Beautiful doesn’t stop at just a television programme – the producers have created counselling lines in Egypt, Syria, Jordan and other Arab countries so that women viewers who need help can call in and find the advice and care they need.

Zekry sees the show as a practical expression of Christ’s love to women, by walking alongside them in their distress and starting them on a journey towards healing.

“We want to reach out to as many unprivileged women as we can to help them,” Zekry says. “We shouldn’t just preach to a woman who is starving or homeless – we have to address her physical needs too.” 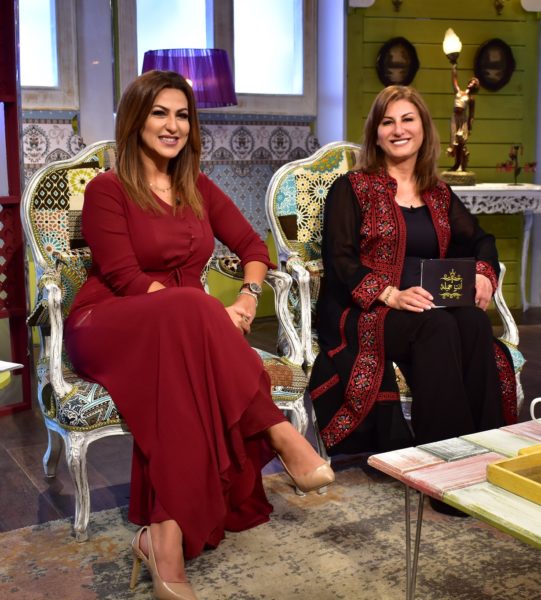