Article 2 in our series: The Ethics of Global Engagement

Short-term opportunities to be part of Christian projects abroad have multiplied in recent years. If carefully considered, they can be hugely beneficial. If not, they can leave damaging footprints on the Church and its community in sensitive countries. Our Middle East writer explains. 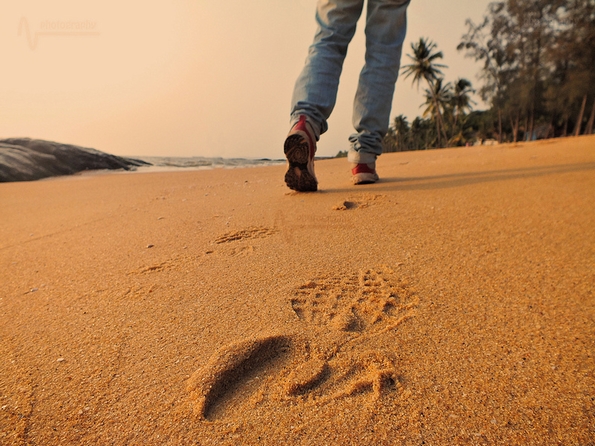 What lasting impression will our trip leave on the country we visit? (Pic: Arunv Flickr Commons)

When international travel was not so easy and common, Christians who travelled to minister away from their homeland often had to decide to live in those countries for most of their lives. In the 1800s and early 1900s, it was not uncommon for many to assume that they would live and die in the countries to which the Lord had called them.

This meant that those who travelled for missions were intentionally committing to a lifelong process of learning languages, adjusting to local cultures and decades of service in the destination country to be able to do the work God had placed on their hearts.

That began to change in the 1980s and accelerated in the 1990s. International flights became cheaper, allowing more people than ever to travel around the world in a quick and convenient way. This is a great blessing we take for granted. Many who read this article will have travelled abroad multiple times, yet, only 30 years ago, this was a privilege of the few.

With ease of transportation and speedy global communication, many Christians and Christian groups have been able to visit and partner with local believers in parts of the world that would have been impossible before. Churches in both the developed world and the developing world have been blessed by such close proximity. The message of the Gospel and the charitable works of Christians have travelled further round the world than ever before.

However, this has also meant that increasingly fewer people have taken the lifelong decision to dedicate themselves to a country or a people or a language group. Many have chosen to visit as many places and get involved with as many projects as possible. Since English has emerged as the new dominant language in the international arena, many did not need to study another language. There was always someone who spoke English in the receiving country, and, anyway, they didn’t have the time to dedicate to a lifetime of learning another language.

The message of the Gospel and the charitable works of Christians have travelled further round the world than ever before.

In parallel, the focus of large group trips also shifted increasingly from ‘reaching’ their host country to providing an ‘experience’ to those who joined the short term trips. Most of these visits demanded very little preparation or cultural awareness apart from arranging the logistics of travel and an itinerary of things to do. Since the group’s time was limited, all activities were structured around what could be accomplished in a short amount of time, with the addition of more touristic and cultural excursions.

These were all good developments in their own right. There is no greater blessing than getting to know Christians in other countries and assisting them as much as we can, or sharing our faith with someone in a country where they might, otherwise, never have the chance to hear.

However, unless undertaken properly, short-term trips can be damaging, cause problems for the witness of local believers and create unhealthy relationships. If not carefully thought through, a visit with good-hearted motivations can raise serious ethical issues.

Points to think through

Rather than diving straight in, an ethical approach requires us, first, to stop and ask some important questions, starting with our own motives: Why are we doing this trip? For ourselves? To help other people? If it is to help others, would we better spending the costs on local projects rather than channelling so much money to a major trip if we can only be there for a few days?

A second group of questions emerge from our understanding of our relationship to the people we are planning to visit. How do we see ourselves and the people we will serve? Do we see ourselves as more spiritually, economically or culturally privileged and in some ways superior? Do we view them as needing correcting and guiding with our greater wisdom or know-how? Sadly, most common hurts caused by short-term visitors emerge from this problematic lack of self-awareness.

The third group of questions concern the use of our time while there. What will we be doing? Will it help? Will it change anything? Or are we better to simply spend relational time with the Christians there? Should we simply be asking them to teach us about their countries and work? Yes, it might be less common to have trips focused more on hearing and learning from local believers but such steps could leave a deeper impact on our and their lives and set the foundations for a long-term partnership.

A final group of questions revolve around how we tell people about our trip. How will we present our visit to our churches? What pictures will we use? How will we speak about ourselves, the people we met and countries we visited? Over the years I have seen far too many of such presentations that were insulting to local believers, that assumed home country superiority, and exaggerated what was achieved. There is a security issue to bear in mind too: using people’s photographs and publicising their hardships might interest wider audiences, but we should be careful we don’t put people at risk, degrade their lives or harm our long-term relationships with them or theirs with their community.

Of course, all of us will make cross-cultural mistakes, do unwise things and sometimes leave damaging footprints behind us. The key to limit these and being a blessing is humility. It is to know our limits and have a realistic sense of our skills, wisdom, spirituality and holiness, and the what we can and cannot achieve. It is truly believing that we are not better than local believers who guide us, tell us what to do and what not to do. It is having the humility to accept that, ultimately, short-term trips are about us and we receive much more than we can ever give to people. Thus, we have to honour and respect them and do our best to be a blessing to them as they are to us.

What do you think?

Send any thoughts or comments you have on this article to editor@wazala.org

SAT-7’s international headquarters are situated in Nicosia, Cyprus, Nicosia, where there are a variety of opportunities for short-term service behind the scenes of SAT-7’s television ministry. Placements vary from a few weeks to a few months, for those with time to serve and a skill to fit with a particular need.

“We’ve had great experiences of short-term volunteers coming to help us, with people arriving at just the right time with just the right skills… What may have seemed insignificant to them in terms of time was invaluable to us and the work of SAT-7.” (Andrew Hart, Operations Director, SAT-7 International, Cyprus)