You are here: Home / Latest News / Algerian believers encouraged to rest in the Lord
Search

Algerian believers encouraged to rest in the Lord 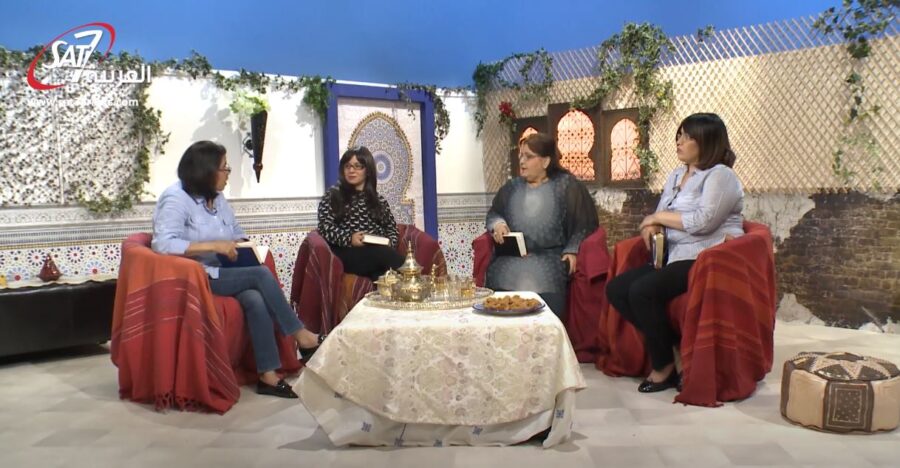 In a world of constant change, new Algerian programme Rest in the Lord is inviting new believers into a discussion about the unchanging ways of God.

The table is set, the discussion has begun, and female viewers of Rest in the Lord are welcomed into the homeliest of atmospheres. Don’t let the creative décor and plate of treats fool you, though; this isn’t a tea party for small talk. The four female presenters waste no time delving into the Bible to explore some deep topics.

The first episode, aired this spring, focussed on the will of God. After a prayer, the presenters discussed the words of Jesus spoken to his Father, “Your will be done on earth as it is in heaven”. After some discussion, one of the presenters named Sarah weighed in, “God’s will is not known to us at all times. But God’s will for us is to have a relationship with Him and know His word, to worship Him and seek Him.”

Wisdom like this encourages Algerian viewers towards the Christ-shaped God of love in a part of the world where it is estimated that less than 0.5% of the population are Christians. Brave new believers often have to move away from an inherited family religion – and strong cultural expectations – to follow Jesus. On top of this, a wave of church closures swept through the country in the latter part of 2019, increasing pressure on Christians.

There may be national laws protecting the freedom of religious belief, but the actions of the government contradict this. Understanding the situation for Christians in Algeria helps to see why a programme like Rest in the Lord is so needed.

Presented in the dialect of Kabyle, spoken by about a quarter of Algerians, the programme is sure to light up the homes and hearts of new believers who are not able to practise their faith freely.