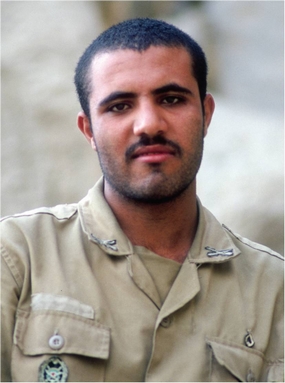 An Iranian viewer named Reza began calling the Iranian SAT-7 counselling centre. He described himself as a drug dealer, thief and gangster. He said that one night while he was flicking through the TV channels he accidentally came across SAT-7 PARS, and it made him think. The show he was watching was called Noor-e Omeid (“Light of Hope”). It’s a short, two-part programme where a host, standing in and around a lighthouse, talks about how we are all living in darkness and need a saviour to see the light—and that Jesus is the Light. Reza called the counselling number and gave his life to Christ. Reza’s life radically changed.

He continued to keep in contact with the phone counsellor, and one day he told the counsellor that an acquaintance, an Afghan drug dealer, offered him 15,000,000 Tuman (about $17,000) to sell drugs. Reza refused. He told the counsellor, “Although I need the money, I refused it because I know Christ would not be happy.” Reza’s wife, who is not a Christian, called to thank the counsellor for the change she has seen in her husband!

An estimated 170,000 Iranians are Christians (data valid 2011). They come from many traditions, including Armenian, Orthodox, Catholic, Pentecostal and Evangelical churches. These Christians have limited access to Christian material. Often all that they can get comes through the media. SAT-7 has been broadcasting Farsi programmes since 2002. SAT-7 PARS now provides 24 hour Christian television for the Farsi and Turkish-speaking peoples. One pastor said, “I know people who are using the programmes as a weekly church service because they don’t have a church in their town. They stand during the Scripture readings and songs, and even take up an offering. You can’t imagine how encouraging this is for these isolated believers.”