You are here: Home / JOY / An unexplainable joy
Search

Mary from Egypt experienced inconceivable loss when her husband and unborn baby were killed by a suicide bombing at St Mark’s Cathedral in Alexandria on Palm Sunday 2017. But despite her unimaginable pain, she is starting to find joy again…

My husband Kareem was a wonderful man. He lived a normal life, but his heart was in heaven. He told me once that I would be the wife of a martyr, but I didn’t believe him. He was 43 when he died. 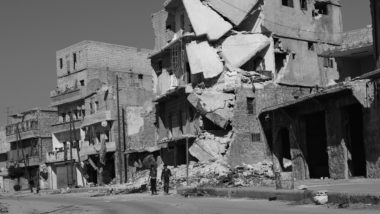 We were holding hands just outside the church when the blast went off. I was lifted into the air and thrown to the ground. I was aware of going to the hospital. I was two and a half months pregnant at the time, but I had to have six hours of surgery and the baby didn’t survive.

Kareem had a brain haemorrhage and the bleeding wouldn’t stop. He died in hospital after nine days. They told me I was going to die too, but I didn’t, so God must have had a purpose for keeping me alive.

A lot of times I break down and lose it completely, but in those moments I resort to prayer. Sometimes I feel like there is a volcano inside me, but when I read the Bible the volcano is calmed. I’m especially comforted by Isaiah 55:9: “As the heavens are higher than the earth, so are my ways higher than your ways and my thoughts than your thoughts.”

Before Kareem died, he told me, “If anything happens to me, I want you to go to the church and serve.” I loved Kareem very much and only wanted to do his will. I feel that God has taught me I should look to Him instead – because He, not Kareem, is the source of my life.

When I go to church, I feel a joy that is inexpressible and can’t be compared to anything else, even spending time with my husband. It’s the unexplainable joy that can only come from God.

We are hard pressed on every side, but not crushed; perplexed, but not in despair; persecuted, but not abandoned; struck down, but not destroyed.”