You are here: Home / Blogs from the Middle East / Beirut Blog / The beauty of Lebanon – April 2015
Search

I have lived in Lebanon for almost three years yet I still feel I am discovering new things every day. This morning I took a different route to church suggested by my friend and we drove by an ancient Roman aqueduct, built into the cliffs rising above Beirut centuries upon centuries ago. Only five minutes from my apartment and I had never known it was there! Lebanon has no lack of history. This land has seen countless empires, civilisations, languages, religions, and people groups come and go – a number of them in the Bible.

History leaves both monuments and scars, however. The country today is still scarred by the fifteen-year sectarian civil war that lasted until the early 1990s. The goal for many, if not most, educated young Lebanese (particularly young men) is to get out of the country and work abroad. A decent salary in Lebanon for an experienced engineer is $3,000 a month, or $36,000 per year. Compare this to the starting salary for an engineer straight out of college in the US, at $50-60,000 a year, and Lebanon’s devastating brain drain is understandable. Lebanon’s economy is hampered by continuous sectarian strife, political and social insecurity, conflict with its two surrounding neighbours (Israel and Syria), and a pervasive culture of wasta or “connections” that promotes family ties and personal relationships over merit in every aspect of society from promotions at work to concentrating political power.

This has led to one of my strangest observations: how Lebanese girls rank men. An ideal guy in Lebanon? American/Canadian/UK/EU/Australian passport. A second-rate guy in Lebanon? A work visa to a country in the oil-rich Gulf. A guy can be handsome or come from a good family, but it’s the second passport to a country with opportunity that elicits the strongest reaction from friends and family.

Lebanon also feels strange in other ways. In Lebanon children stay in their parents’ house until they get married, even if they are over 30. Unlike in the US, where being in your mid-20s and still living in your parents’ basement is considered horribly embarrassing, in Lebanon the opposite is true, especially for young women.

This leads to an extended childhood. Virtually all of my Lebanese friends do not know how to cook, and each week go home to their parents’ house and get food from their mothers to reheat throughout the week. At my university the stove in our graduate dorm kitchen was used exclusively by the foreign students, whereas there was a line of Lebanese girls (and here you are a girl until you get married) for the one microwave, prepared food in their hands. For someone who had been packing her own school lunches since she was 11, it was an unusual sight. My friend invited me to his church’s youth group, which turned out to host a range of “young people” from ages 12 to 30. It’s joked, accurately in my opinion, that Arab women don’t become adults until they get married and Arab men don’t become adults until their mothers pass away. 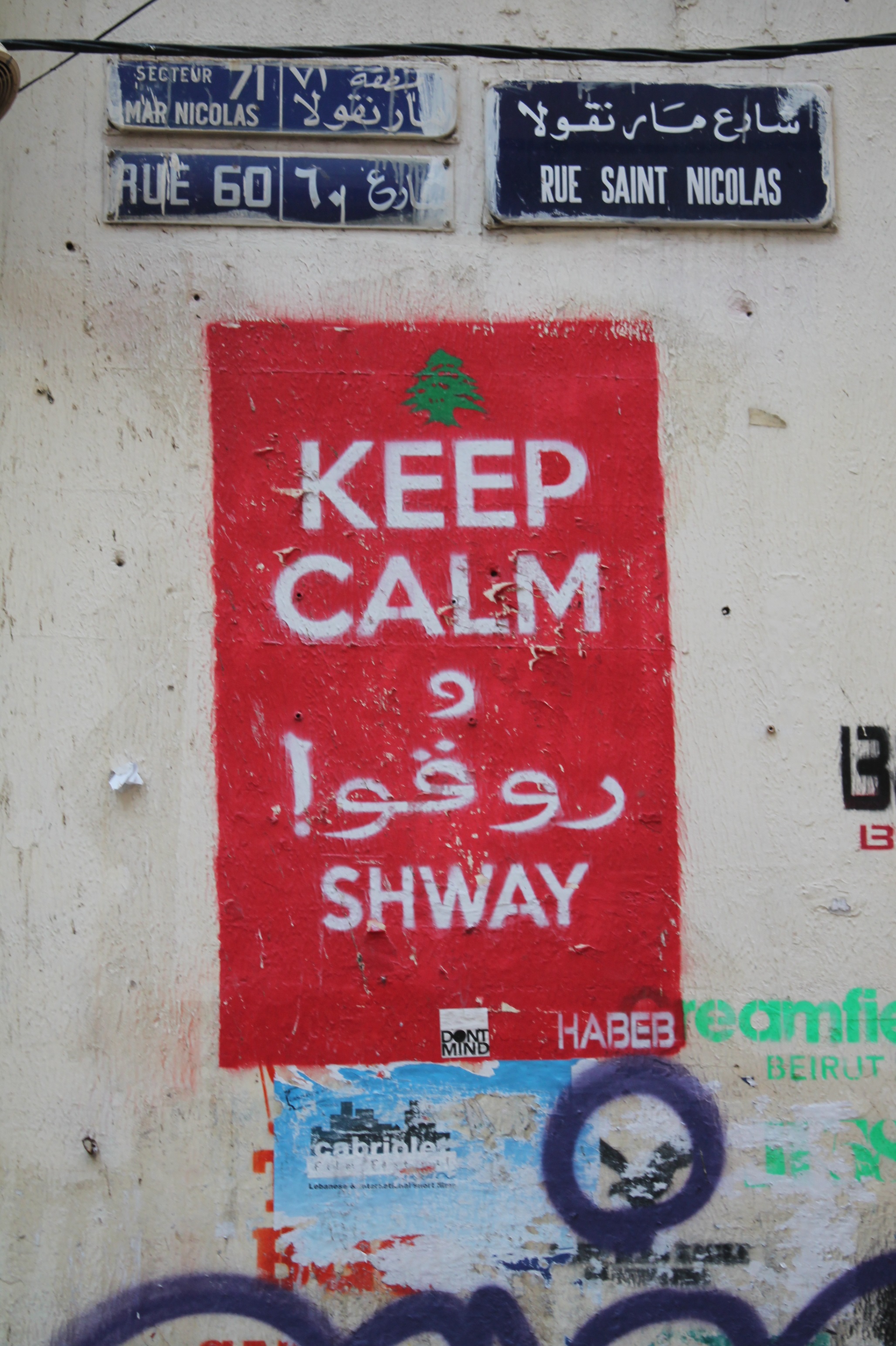 While the physical signs of Lebanon’s sectarian civil war are still obvious – if slowly disappearing, as old, bullet-scarred buildings are replaced by modern apartments and shopping centres – you have to look deeper to see the emotional scars that affected a generation of Lebanese who endured the extended brutal conflict. Lebanon practices a mass “amnesia”, the only way the country could move on from a conflict in which all sides committed atrocities. The war is never discussed on television, it’s not brought up in talk shows and you don’t hear people talk about what happened in the war. At most, the Lebanese will make a vague reference to “the war” when recalling an event, as though it was something that happened a hundred years ago. But the longer you live in Lebanon the more you see signs of the war and the pain it caused. There is rampant abuse of Xanax and other anti-anxiety medications among the older generations of Lebanese. I can name half a dozen friends who have mentioned to me that their mothers and grandmothers are addicted to anti-anxiety medication. In Lebanon, the Muslims take Xanax and the Christians take alcohol.

This is not to suggest that life here in Lebanon is unpleasant. I have been happier here in Lebanon these past three years – car bombs and all – than I was living on a beach in Southern California where I could hear the ocean waves from my bedroom window. The Lebanese are an overwhelmingly generous people. Culturally, generosity is taken very seriously and is used to indicate a good or bad person. If a woman is unhappy with her husband or if friends are discussing a potential romantic partner, their primary complaint is almost always “he’s stingy” or “her family is cheap”. The common name, Kareem, literally means “generous”. The Lebanese are always willing to help complete strangers, with directions, free food and water, invitations to their house for tea and coffee. A few weeks ago I was walking in the pouring rain and multiple women pulled over and offered to drive me to my destination.

The sheer physical beauty of Lebanon, with its snowy mountains and sandy Mediterranean beaches, is also a constant joy. Beirut, with its eclectic districts split into religiously-divided ecosystems, is always humming with energy. The mountain regions, to which the Lebanese escape every summer when Beirut is sweltering, are peaceful, breezy, and green. The Lebanese love of all things beautiful does not just apply to their scenery. As I will explore further in my next blog post, there is a materialistic undertone to the Lebanese society that pushes young women (and interestingly enough, young men) to meet impossible standards of beauty.