You are here: Home / Lives Changed / Break with the past brings peace to Kabyle man
Search

Break with the past brings peace to Kabyle man

Rescued from a bitter life

“We were stampeding like pigs not knowing where to go. We had no peace in the house.” This was family life for Amrouche after he first married and started a young family.

Talking to SAT-7’s Algeria-produced testimony programme Free Souls, he looked back on his younger self and said, “I never knew honesty or integrity, I was a drunkard and took up gambling. I didn’t take my responsibilities seriously for our house or our children.”

“Then the Lord came and broke my chains,” he emphasises. “I thank Him for rescuing me from a bitter life.” 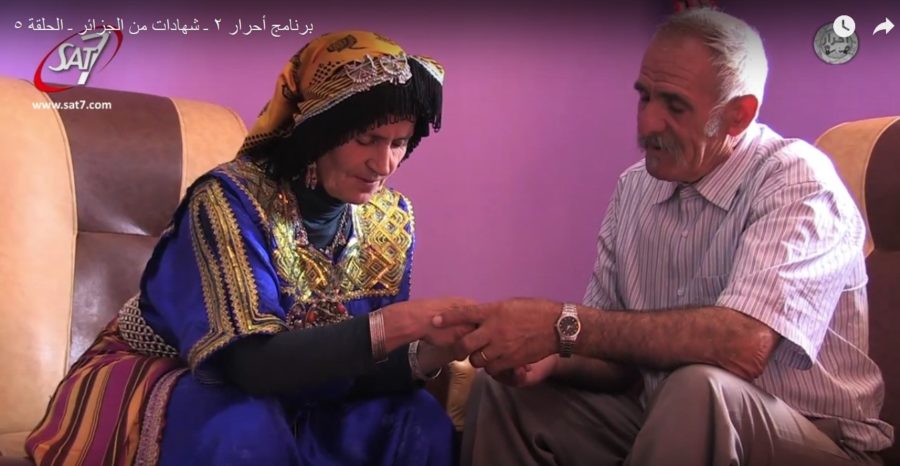 Seeing him today as he slips his hand into his wife’s and they calmly pray, it’s clear that the volatile and carefree man he once was has experienced a powerful transformation.

“I believed in Jesus Christ when He came to me in a dream,” he told Free Souls. Before that time, Amrouche was heavily involved in a folk version of his religion. At local mausoleums he would slaughter animals to earn healing or blessing for his family or for the poor in his community. God spoke to Amrouche in dreams over three consecutive nights, telling him he must stop doing this.

On the third night, he was shaking with fear and woke his wife who told him, “Amrouche, God told you that because He loves you.”

Despite pressure from the committee of the mausoleum, Amrouche took his wife’s advice and told them he was quitting “because God has broken my chains”.

The next step in Amrouche’s journey occurred when he met a Christian man in another village and asked him why Jesus Christ only came to the Europeans. The Christian man explained more about Jesus and told him that he came for everyone.

Then, in the market buying groceries, Amrouche bought a video tape dramatising the life of Jesus and saw how He was crucified and how He forgave His enemies while on the cross. It was then that he decided to give his life to Christ.

“After 15 or 20 days, I visited the nearest church and asked the people there to register my name in the list of those who will get baptised,” he said. “I registered my name and my family also. We were all baptised and we all accepted Jesus Christ as our Lord and Saviour. ‘What is impossible for man is possible for God,’ he quoted, adding “When we cry out to Him, He answers our cries.”

As an example, he told Free Souls how God healed him after a serious operation and how he delivered his wife from continual anxiety. “I love this verse, ‘By His stripes we are healed’”, he said. “I was ill and God healed me and brought me back safe to my family. I thank Him and praise Him for His grace.” 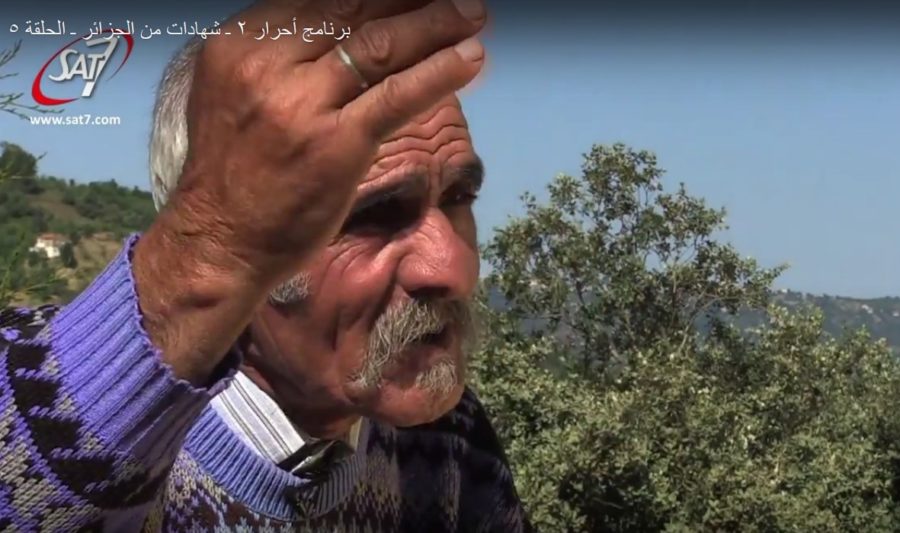