You are here: Home / Answer the Cry / “BRIDGES” GIVES A VOICE TO SUFFERING COPTIC CHRISTIANS
Search

As Egypt’s Coptic community was left reeling from yet another deadly attack, SAT-7 ARABIC’s current affairs programme Bridges presented a vital Christian viewpoint on the threat believers face from extremists.

The show aired on 27 May, the day after 29 Christians were killed in a violent gun attack on a bus travelling from Minya province to a monastery. The gunmen demanded the believers renounce their Christian faith and shot them when they refused, killing passengers including young children and injuring a further 25 people.

The brutal violence is the latest in a series of attacks on Coptic Christians since December 2016, including three suicide bombings of church services that killed a total of 75 people. Responsibility for these attacks was claimed by the so-called Islamic State (IS).

WORDS OF PAIN, PEACE, AND FAITH

The Bridges episode gave a voice to Christians affected by the most recent attack. During a report from the funeral of the slain Christians in Minya, one believer said, “Why are we being killed? We don’t hate anyone. Our religion is one of love.”

Many others expressed similar feelings of pain and confusion, emphasising the peaceful nature of the Christian faith. Sorial Gabriel, a priest from Beni Mazar, said: 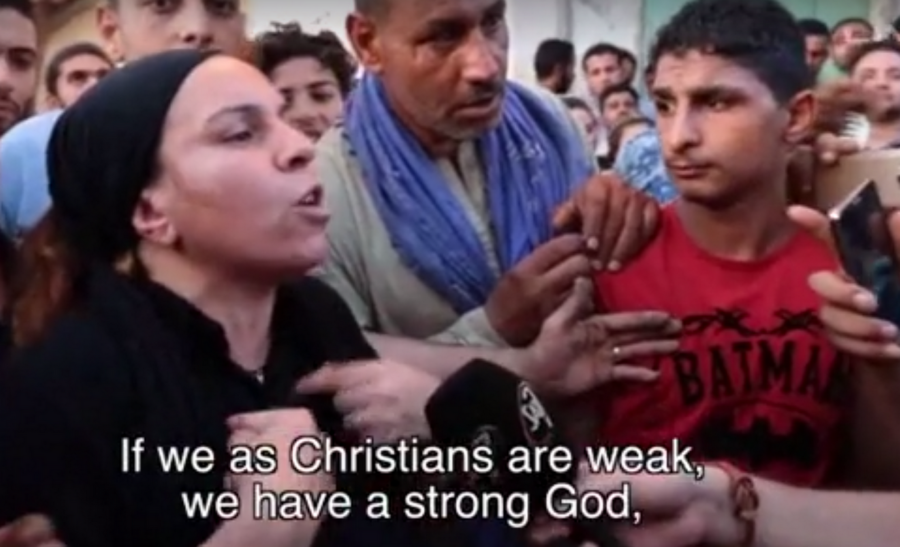 “We will never ask for anything but peace. We have nothing but peace. The world is witnessing how the Church is glowing, and the Cross is glowing. We thank all who participated in the funeral, whatever their religion.”

The Christians who spoke remain firmly in their faith despite the trauma and threat they have experienced. One said, “If we as Christians are weak, we have a strong God. If we are weak then [God] is strong and protects us.”

The show also included several interviews with guest experts, who spoke about the security situation in the country and its impact on the Coptic Christian community.

Christian researcher Soliman Shafik explained that in many villages in Minya, there are no churches and Christians must travel to monasteries instead. As a result, these villages are fertile ground for extremism.

Shafik explained that although most non-Christians in Egypt were distressed by the attacks, unity between the country’s different groups is under threat as anti-Christian feelings appear to be on the rise. Among Christians, he said, “the general sentiment has moved from anger to terror and a feeling of lack of security.”

Dr Ekram Lamey, Professor at the Evangelical Theological Seminary in Cairo, expressed concern that the attack was not prevented despite Egypt’s state of emergency and a warning of an attack received by the US embassy. He also told of another television appearance he had made, saying: “I was on Egyptian national television for an interview and an extremist said to me, ‘In God’s name, I hate you.’ I replied, ‘In God’s name, I love you’.”