A shock coup attempt in Turkey and its aftermath was this month’s most seismic development. Egypt, meanwhile, saw further local attacks on Christians, while efforts to counter so-called Islamic State pressed ahead in Iraq .

A night of madness and days of “cleansing”

The latest turn of events in the region has pushed even seasoned experts into the “We don’t know what is going on” box. On 15 July, both Turkey and the wider world watched in shock as events unfolded. A group of military officers blocked Istanbul’s famous Bosphorus bridge, then flew jets over the capital Ankara, began bombing the Turkish Parliament, police and intelligence services, kidnapped their own generals and fired on civilians from jets and helicopters. Nearly 300 people were killed in one night of madness. The coup attempt was defeated through the refusal of wider military forces to back it, public opposition to their aims, and by thousands of Turks hitting the streets in protest.

While it is not exactly clear who instigated this coup, it seems to have involved three streams of army officers: followers of the controversial cleric Fethullah Gülen, secularists angry at the government’s conservative religious policies, and opportunists who saw a successful coup as an opportunity for promotion. As the coup collapsed, the Turkish government immediately began a wide purge to remove anyone related to the Gülen movement. The sudden suspension of tens of thousands of civil servants raises concerns that many innocent people could be removed in the process. Resident in the USA, Fethullah Gülen denies involvement in the coup and, without legal proof of his culpability, US officials are unwilling to comply with Turkish demands to deport him.

Christians in Turkey are confused and worried about where the country is heading. The AKP government has done some good things for them, but public attitudes towards Christians remain negative, and some Protestant leaders have received death threats from jihadists in the last year.

Nevertheless, Turkish Christians have become heavily involved in developing ministries to Syrian refugees. While a few thousand Christian Syrians have sought asylum in Turkey, Christians are helping refugees regardless of their religious affiliation. It is encouraging to see how SAT-7’s Turkish channel is being watched by growing audiences on the national satellite system and, since July, on the D-Smart subscription channel. Please pray for the safety of Turkish Christians in the middle of this chaos; may the Lord give them wisdom on how to engage with the authorities and wider public and be salt and light.

Egypt continues to fight against Islamic State affiliates in Sinai and this month claimed to have killed their leader in Egypt, responsible for the downing of a Russian airliner. Egypt began closer relations with Israel, with the Egyptian Foreign Minister heading out to Tel Aviv and speaking at a joint press meeting. The economic trajectory for Egypt seems as precarious as ever. A new IMF loan is expected to boost this somewhat but billions of dollars’ worth of donations from Gulf countries have made little difference. Youth unemployment is now at 40 per cent and tourism has reached a 15-year low.

For Christians, much of the initial optimism after the ousting of the Muslim Brotherhood has faded away. Pope Tawadros II of the Coptic Orthodox Church recently stated that since 2013 there have been some 37 attacks on Christians in Egypt. In separate attacks, only last month two Christian men were stabbed to death, a priest’s family was attacked, and a church and several homes were torched. While President Sisi’s government promises to bring culprits to justice, security services are negligent at local level and Copts are pressured to accept forced “reconciliation” meetings amid talks of national unity. Once again there are talks of legal changes to enable the construction and repair of churches but we have seen these promises for more than a few decades now. Do pray for wisdom and the protection of Christians in Egypt, the largest Christian population in the entire region. 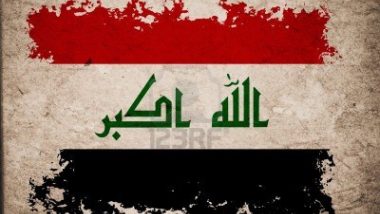 In Iraq, more US troops are being sent to help Iraqi fighters take on so-called Islamic State (IS). UK forces are also involved with training Kurdish troops fighting the same group. This month Kurdish forces have taken 11 villages from IS near Mosul, which IS have made their stronghold in Iraq. There is scant hope on the horizon for Christians, however. The recently released Chilcot Report cites a British embassy official in Amman who pointed out in 2002 that “the Iraqi Christian community was concerned that it risked marginalisation, with some senior figures worrying what would happen to their community if the current Iraqi regime fell or changed.” The much-reduced Christian community still living in Iraq faces exclusion by Sunnis, Shiites and Kurds all wanting to carve out their own territories in this religiously and ethnically divided land. Pray that the Lord will raise up Iraqi Christian voices that will articulate their suffering and what needs to be done to the wider world.

Meanwhile, the threat of IS continues to spread across North Africa. The USA has begun a campaign to contain expanding IS networks in Libya. In Morocco, there were reports of some 50 people suspected of IS links being arrested. The state has foiled several attacks and claims to have dismantled 38 militant cells in the last two years. Morocco is relatively stable, with King Mohammed having wide respect in the country.

He recently gathered Muslim and other leaders to work on a declaration to protect non-Muslims in Muslim countries. Interestingly, for the last month Moroccan media has reported the stories of Moroccan converts to Christianity who have uploaded videos on the ‘Moroccan and Christian’ YouTube channel. Conversion is not a crime in Morocco although Christians face pressure from their families and community.