The Middle East has entered yet another uncertain phase. New US President Donald Trump’s foreign policy is difficult to forecast, but his executive order (27 January) suspending refugee admissions and temporarily barring visits from seven Muslim-majority countries made ripples in the region. 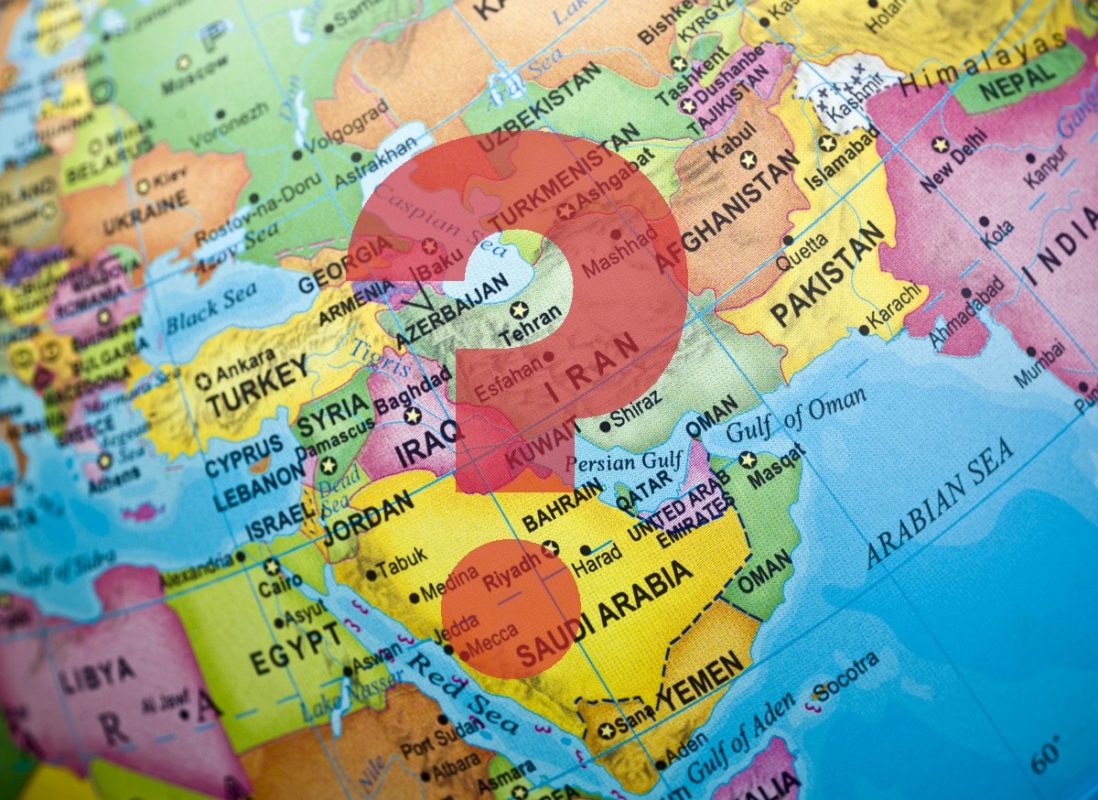 Christians in the Middle East were in the uncomfortable position of seeing people from their region barred from US travel while the President at the same time promised to prioritise Christians for asylum because of religious persecution. Some welcomed the ban on Muslims and pointed out that President Obama had placed six- month restrictions on Iraqis for security reasons. Others pointed out that it neither directly addresses the difficulties Christians face nor supports their long-term presence in the region. Some church leaders feared it sent the wrong message and encouraged more Christians to migrate to the US. Meanwhile, courts have frozen the ban and a prolonged legal battle is expected.

The new US administration’s direct challenge to Iran also caused deep concerns. Yet, it is President Trump’s apparently positive views of Russia that could have the most direct impact on the Middle East in the near future.

In Syria, a US alignment with Russia would mean a strengthened position for the Assad government and a heavy military response to rebel groups. Since the election of Donald Trump, Russia has increased its bombing of mostly opposition groups, with only a small percentage targeted on so-called Islamic State (IS). The overcrowded space of the Syrian conflict was highlighted again when Russia mistakenly bombed Turkish soldiers, killing three, as they fought IS with rebel groups. Turkey, Russia and Iran have been working on ceasefire and peace proposals with meetings in Kazakhstan.

While Turkey has been a major backer of rebel groups, along with the US and Qatar, its main focus is now on halting the advances of Kurdish groups and on fighting IS. So the tide in Syria has turned. In the near future, this could result in a ceasefire in a large part of the country, but with extreme Islamist groups and a myriad of opposition militias staying on in small fiefdoms. US–Iran tensions, however, risk disrupting these alignments and creating a larger crisis and deepening proxy wars in the region.

In Turkey, the AKP government continued its purge of state organisations. Over a thousand civil servants were fired on allegations of connections to the US-based Islamic cleric Fethullah Gülen or to Kurdish militants of the PKK (Kurdistan Workers Party). The latest dismissals included some 330 widely respected academics and prompted criticism from some pro-government journalists. The sackings are seen as a large-scale resetting of state structures as the government prepares for a referendum on changing Turkey’s governance structures into a presidential system this April.
The conditions for Christians in Turkey also deteriorated over the last 12 months. A newly released report from the Association of Protestant Churches in Turkey showed a sharp rise in hate speech against them, and local authorities making life difficult for Christian students and church activities.  Andrew Brunson, an American pastor who has been working in the country for 23 years has also been caught up in the latest purges. His family have been astonished that he has been held since 7 October on allegations of links to a terrorist group on the evidence of a “secret informant”.

On a brighter note, the Archbishop of Canterbury, Justin Welby, met with Ecumenical Patriarch Bartholomew, the spiritual leader of Eastern Orthodox Christians worldwide, in Istanbul. Both leaders expressed brotherhood and signed a joint statement pledging to fight modern-day slavery. UK Prime Minister Theresa May welcomed the declaration and “the vital work that faith communities are doing to shine a light on the evils of modern slavery and encourage the steps that must be taken to address it”.

In Egypt, there was support for proposals by the Trump administration to classify the Muslim Brotherhood as a terror organisation. Yet the idea attracted criticism across the region and among security experts. A classification like this is difficult to apply to the Brotherhood, implies a similar classification for a multitude of other networks, and, most importantly, could make approaches aimed at countering violent extremism among marginal groups more difficult. Security and economic conditions in Egypt remain troubled and protests and unrest are brewing.

In an interesting equality move, the Egyptian High Constitutional Court ruled that Christians should be entitled to the same privileges as Muslims who receive a stipend and paid leave from work to go on pilgrimage to Mecca. Granting Christians one month paid leave to go on a pilgrimage was met with cynicism by some, as they wondered if employers would allow it and noted that the Holy Synod of the Coptic Church in 1980 banned members from visiting Israel and Jerusalem. Protestant Christians can and do visit, although many would probably decline due to political sensitivities and Palestinian issues. When Pope Tawadros II attended the funeral of a Coptic archbishop in Jerusalem in 2015, this caused some controversy.

Meanwhile, two Egyptian court cases involving Christians went opposite ways. The murder trial of Youssef Lamai, an Alexandria shopkeeper, resulted in the death penalty for his Islamist killer. However, the case against the instigator of a mob that stripped an elderly Christian woman and burnt seven homes in Upper Egypt was dismissed after witnesses retracted evidence after threats.

Church leaders in Iraq, meanwhile, announced plans to assist in the rebuilding of Christian homes on the Nineveh plain over the next two to three years. Research found as many as 50 per cent of internally displaced believers planning to return home, despite the destruction and expropriation of properties that occurred after the 2014 invasion by IS.

Both US and Russian engagement in the new era showed itself lately in Yemen and Libya. A US military operation in Yemen against an Al Qaeda leader ended disastrously with the death of a US special forces soldier and media reports claiming dozens of civilian deaths. On the sixth anniversary of Yemen’s uprising against former President Salah, the country is in chaos with an estimated 7 million citizens at risk of starvation amid conflict that has drawn in regional players including Saudi Arabia and Iran.

In Libya, Russia is slowly courting General Haftar who is the opposite figure to the UN-backed Libyan government. The country remains divided in multiple patches of control and influence. A strengthened Haftar would only trigger bloody and prolonged civil war as there is no way he can capture control of the country as a whole.