You are here: Home / Briefings / The Briefing – January 2017: the year ahead
Search

Another year began, with signs that 2017 too is set to be fraught with challenges for the people of the Middle East, Christian and Muslim alike. An attack at a famous night club in Istanbul by so-called Islamic State (IS) killed 39 people celebrating the New Year. The following day multiple bombs in Baghdad killed dozens more. So what lies ahead for the region this year?

Sadly, the high risk of terror attacks by groups like IS will remain. As the organisation loses more territory in Iraq and Syria, it will drop its goal of creating a state and increasingly morph into an international terror organisation, appealing to sympathisers across the world to instigate their own attacks. 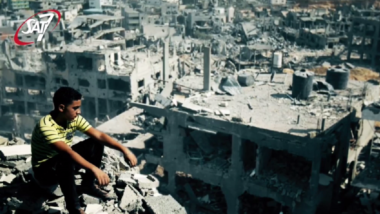 The situation in Iraq will remain precarious. The battle to liberate Mosul from IS is making progress, and sooner or later they will be forced out of the city. Yet, tens of thousands have had to flee and the lingering question is what will happen afterwards? All sides in Iraqi politics – Shiites, Sunnis and Kurds as well as regional actors like Turkey and Iran – want to shape the city’s future. These same tensions affect Iraq as a whole, with the possibility that the Iraqi Kurdish region might become independent and the south experience further conflict between its Shiite-dominated rulers in Baghdad and an unwilling Sunni minority.

Turkey lurched from an economic powerhouse into a riven and paranoid state last year. 2017 promises further instability. The ruling AKP’s desire to shift the country to a presidential system, thereby granting President Erdogan enhanced power adds to worries that the country is taking a strongly authoritarian turn. While the move might promise the stability that could deliver economic growth, this is threatened by severe security challenges from IS and from Kurdish militants who killed some 1,000 Turkish soldiers in the last two years. Turkey’s entry into Syria in the last six months heightened the risks further. At a time when the country hosts over three million Syrian refugees, its economy is enfeebled, the Turkish lira at its weakest in decades.

Things have been far more positive for Iran of late as President Rouhani gained victories over nationalistic and conservative opponents and achieved some economic relief from sanctions after the nuclear deal with the US. The death of former Iranian President Rafsanjani – latterly a reformist and supporter of Rouhani – could slow changes though and the imminent Trump presidency promises more hostile US policies towards Iran. The collapse of the nuclear deal would undermine Rouhani at a time when the poor health of Supreme Leader Ali Khamenei signals a potential leadership change in the near future. If this prompted a more radical president and supreme leader to take the helm, it would have serious implications for the entire region.

In Syria, the tide has turned again in favour of President Assad. Renewed good relations between Turkey and Russia and meetings with Iran seem to have brought three major players in the conflict to a similar perspective. They are all focusing on a ceasefire and acceptance of Assad staying on as president in the short term. Turkey has joined Russia and Iran, Syria’s traditional supporters, in opposing rebel forces as well as Kurdish groups that threaten Turkey and Iran. In 2017, we should pray for a long overdue ceasefire in this wounded country, though many questions over Syria’s long-term future – and that of the 11 million who are displaced – remain.

Egypt, the region’s most populous nation, is also expected to see new protests and tensions, and continued terrorism, particularly targeted at Egyptian soldiers in Sinai. The economy will remain the number one challenge for President Sisi.

Falling oil prices and demand in key markets like the US also herald economic challenges for Saudi Arabia. Many recognise that the economy needs to diversify and accelerate the scaling back of welfare policies that hugely subsidise industries and everyday living costs. The country is also directly involved in an expensive proxy conflict with Iran in Yemen, and the kingdom’s regional rivalry with Iran is set to continue.

Economic and political instability are concerns for Tunisia and Jordan. Tunisia faces serious risks from Tunisians who went to fight for IS in Syria. Jordan had avoided much of the terrorism that blighted its neighbours but a number of attacks last year could embolden others to test Jordan’s security forces further. Jordan is also struggling with the burden of high numbers of refugees from Syria, Iraq and Palestine. Nearby Lebanon finally has a president and government after a two-year vacuum, so 2017 will hopefully see an easing of tensions and greater focus on neglected services and infrastructure.

Finally, Libya remains divided and chaotic. The UN-backed government in Tripoli is weak and the military strong man who supports the rival Tobruk government has made gains in the country. He recently visited Moscow, hopeful of Russian support. The country may have slipped from the radar screens of Western governments but its future is far from secure.

Challenges and opportunities for the Church

So what do all these developments mean for the Church in the region? Clearly, challenging days still lie ahead. In Egypt, attacks against the Copts in 2016 were serious reminders of the vulnerable position of Christians in the region as a whole – with Lebanon the only strong exception.

In Syria and Iraq, moving reports of Christian churches once again ringing their bells and holding services in recaptured towns give cause for hope. But the destruction in Iraq, uncertainty over the country’s future, and awareness of the betrayal Christians experienced by many neighbours explain why many feel they have no future in the country. Displaced Christians in Syria also realise that returning home and re-establishing their lives could take a generation.

Amid increased political instability in Turkey and possibly in Iran, Christians who come from another religious background are likely to face growing pressures and risk being scapegoated by the media and nationalist and extremist groups.

Yet every challenging phase is also a chance for Christians to rise up as salt and light, to offer reconciliation and restoration in a region that desperately needs prophets, peacemakers and carers for the needy. In 2016, we have seen many signs of Christians working hard to care for refugees, to reach out to others and build bridges into previously separate religious and ethnic communities in their societies. They can offer hope in the Middle East. We must pray for them and support them in what ways we can, so that they may continue to be the Body of Christ and courageously show His way to people who desperately need His life and wholeness.