You are here: Home / Press Releases / CANTERBURY RECONCILIATION DIRECTOR HIGHLIGHTS THE GIFT OF THE MIDDLE EAST CHURCH AND ITS CHALLENGES
Search

Canon David Porter, the Archbishop of Canterbury’s Director of Reconciliation was the keynote speaker at “The Untold Story: the Middle East behind the Headlines”, a SAT-7-sponsored event in Belfast last Saturday. 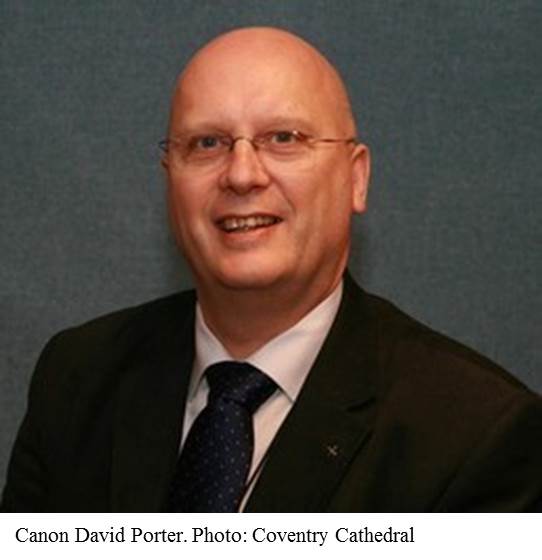 Canon Porter began by speaking of his experiences of visiting the Middle East on behalf of the Archbishop of Canterbury and hinting at what it can teach Christians in the West. “We can learn so much from Christians who hang on to faith … amidst such despair and violence and difficulty: what does that say to us?”

He also shared on a personal level how an experience in Egypt had given him his “ability to reach out” among different religious traditions in his own country. He recalled that the first time he ever “lit a candle as a conscious act of worship was in a Coptic Orthodox church on the banks of the River Nile while viewing a display of iconographic art”.

He said, “It was the gift of the Coptic Orthodox Church to me that opened my heart to the journey to the other side in this community as an evangelical Irish Baptist.”

Addressing the evening’s key question – how to sustain faith and build peace in the divided countries of the Middle East – Canon Porter said, although religious language may be used, the causes of the region’s conflicts are all “fundamentally political”. Issues of identity, land, power and the abuse of power are at the heart and lie behind the deep alienation felt by different groups, as they have done in his homeland of Northern Ireland.

David Porter also cautioned against simplistic analyses and urged his audience to recognise that “history matters”. We in Europe cannot turn our backs on the Middle East, he said, because nearly every conflict there goes back to our own European power struggles and our colonial efforts to exploit the divisions of the Middle East.

The challenge for each society, he said, is to “create a shared story out of diversity… to bring our diverse stories [and] re-narrate [them] to create a shared future”.

“One of the biggest challenges” facing the European Church, he continued, is to “narrate ourselves out of the colonial history of Christianity in Europe into a faith that is worthy of our Lord, for all peoples, [to] fulfil the hope and desires of all nations and their hopes and wounds.” 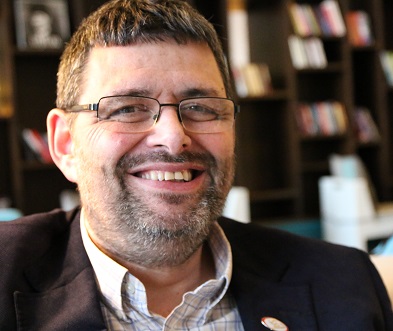 Video clips from SAT-7’s Arabic language programmes illustrated how the region’s church under pressure is seeking to unite to be salt and light. One clip from an Egyptian church, burnt out in an attack on 14 July 2013, showed Christians singing of their forgiveness for their enemies and faith in God. Another clip made by SAT-7’s Lebanon team while visiting a Syrian refugee camp, gave evidence of how SAT-7 KIDS programmes for children were bringing hope to families displaced by war.