When SAT-7 ARABIC launched Needle and Thread, its magazine show for young women last year, it laid out its stall clearly from the start. “This programme seeks to present women that are fully alive. Women not only need to embrace their God-given identities, but to embrace them in full colour.”

This was how Maggie Morgan, an award-winning Egyptian documentary and feature film maker, described her idea for the series when she first presented it to SAT-7. It was to be a lively, informal conversation show with guests, film clips and the freedom to tackle all kinds of women’s and social issues in the Middle East with honesty and wisdom. Since then, around 30 editions have tackled a wide span of topics with creativity, moving stories, insightful guests and lively viewer responses.

So how did the show get its title? Alexandria-born Maggie (pictured below) says, “I felt many Christians in Egypt are so isolated from society. I wanted like a thread and a needle to tie this isolated body of people back into the whole social fabric.” 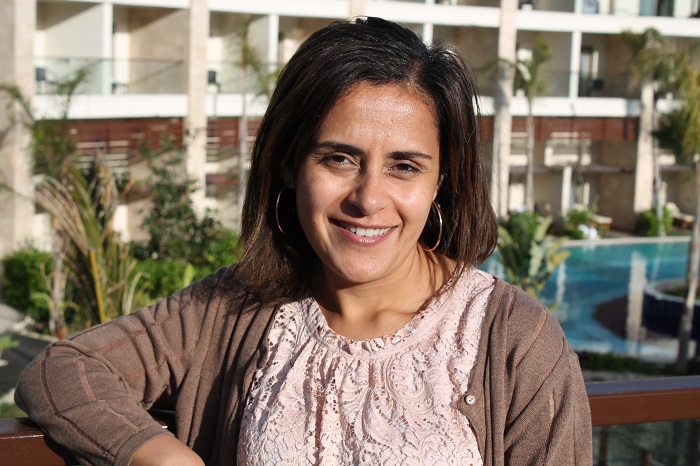 For decades Egypt’s Christian minority kept their heads down out of fear, and looked inward for their social contact. A recent episode explained how Maggie and her three co-writer-presenters want to “open up people within this secluded shell to a [wider] world, to people from different walks of life, and engage in the world”.

Maggie, says, “I also thought of watching my grandmother knitting. Often there’d be a mistake and she’d have to unravel it.” Needle and Thread aims to do this, unpicking and rethinking some of the ingrained values and attitudes that limit people’s lives in Egypt and societies like it.

Each episode tackles a different theme – including hot topics where there is pressure, even among Christians, not to talk. One addressed the Middle Eastern idea of “the good girl”, always in the background and letting others make decisions for her. Others have considered the pressure of fashion and media on women’s self-mage, experiences of sexual harassment, depression, sectarianism and prejudice, sexual abuse, and in a society where many churches have separate meetings for the poor, attitudes to poverty.

Human rights are close to Maggie’s heart. “We think God is more committed to human rights than anyone can ever express,” she says. “You have to bear in mind that Egyptians are in a country where the statistics for women and schooling, FGM (Female Genital Mutilation), early marriage, and so on are dire! We have a lot of poverty across the board,” she says.

Although the show doesn’t shrink from uncomfortable issues, it addresses them with optimism. “We want to celebrate girls and women, not as victims, but as active and able agents,” Maggie says. In speaking about these issues, she says, “we believe something happens, something changes”.

And the show does this in a style suited to its youthful audience. Infectious café jazz announces the show, the title sequence has vibrant colours and an intriguing story of its own, and the set is designed as a textile artist’s studio – full of colour and arty props. There’s even a pop art print of Marilyn Monroe. “Someone who, in the eyes of the world had everything, but killed herself. She’s an icon of someone who had a hole in her heart and we show that God can fill that hole,” Maggie explains. 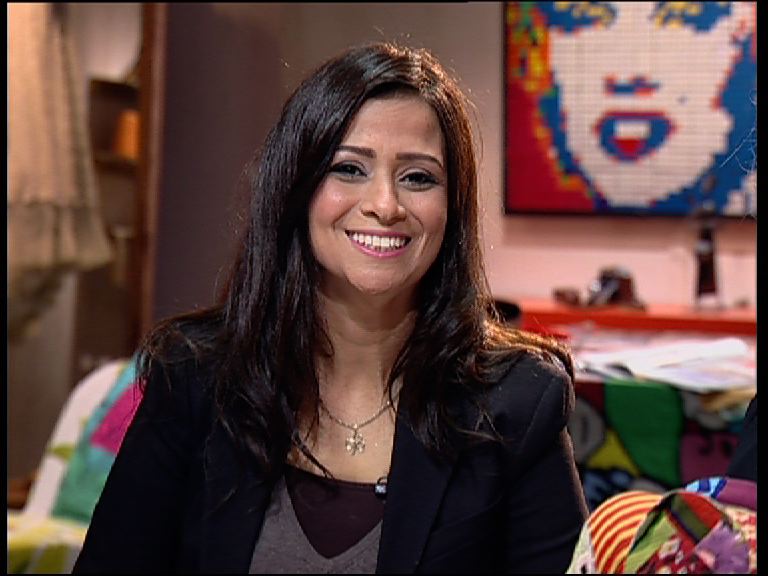 The show’s three young presenters, Sandra Wadie, Maie el kharrat and Mary Daniel (pictured right), aren’t experts but fellow travellers with the viewers, Maggie stresses. “We try to be honest, not to preach. It’s very important for me,” she says “because for these complex social issues we don’t have the answers.”

Instead, the programme probes these topics through a variety of segments. Dramatised film clips, documentary footage, vox pop interviews with children, a live phone-in section, and guests who have insight and direct experience of the subject come at the topic from lots of angles.

The responses from viewers beyond the church are those Maggie finds most encouraging. “Every week we have at least two non-Christian callers with genuine interest. I’m overwhelmed by the number of callers who think Christians are people they can talk to. Arab women are finding a level playing field where we can try to unravel the mess we are in together.”

Because of this, Needle and Thread doesn’t refer to Bible stories and ideas as if people know them. “We tell them or show them. We try not to use Bible verses or terminology but we explain what these mean, and we talk about Jesus.”

This article appears in the summer edition of SAT-7’s Uplink magazine. Sign up to receive your free copy of Uplink three times a year: