You are here: Home / JOY / Christ in the courtroom
Search

Christ in the courtroom

Somayeh, an Iranian Christian, was arrested while celebrating Pentecost and sent to prison. But throughout the ordeal, Jesus was right beside her…

I saw a dream of the end of the world – everything was destroyed. Then I saw a man coming towards me, but I didn’t know that he was Jesus. He came to me, put my hand on his knee and said to me, “Somayeh, don’t be sad, because I love you. I am Jesus. You don’t need to be worried, because I’m here, just take my hand.” 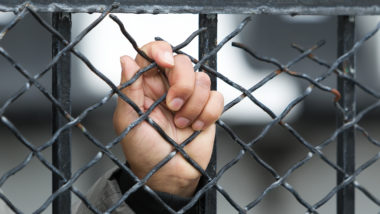 When I woke up, I went straight to my friend’s house. I didn’t explain to her what happened to me; I didn’t think she would believe me. I just said I want to be a Christian.

After that, we began watching some SAT-7 programmes, and started a little house group. One day, we were worshipping and praying together at Pentecost when suddenly the police broke the door down, came in with cameras, and arrested us. They brought us to the court but they didn’t let us say anything. They called us terrorists, and insulted us. Then they sent us to jail, with criminals who had received the death sentence.

We couldn’t afford to pay for lawyers, so we decided to defend ourselves. But the day of the court was amazing! The judge told us, “You shouldn’t be here, you are not guilty.” He did not charge us, and we were free to go. My sister was crying because she saw Christ standing behind the judge.

We decided to leave Iran and came to Turkey. We hope in Jesus. God protected us many times in Iran and also Turkey. We trust in Him.

Then young women will dance and be glad, young men and old as well. I will turn their mourning into gladness; I will give them comfort and joy instead of sorrow.”