You are here: Home / Press Releases / CHRISTIANS URGED TO STAND WITH BELIEVERS WHO “PAY THE ULTIMATE PRICE”
Search

CHRISTIANS URGED TO STAND WITH BELIEVERS WHO “PAY THE ULTIMATE PRICE”

A new Free to Believe? campaign was launched at the New Wine festival this week by Christian satellite TV and digital media network, SAT-7, with the support of Egyptian Archbishop Angaelos of the Coptic Orthodox Church. 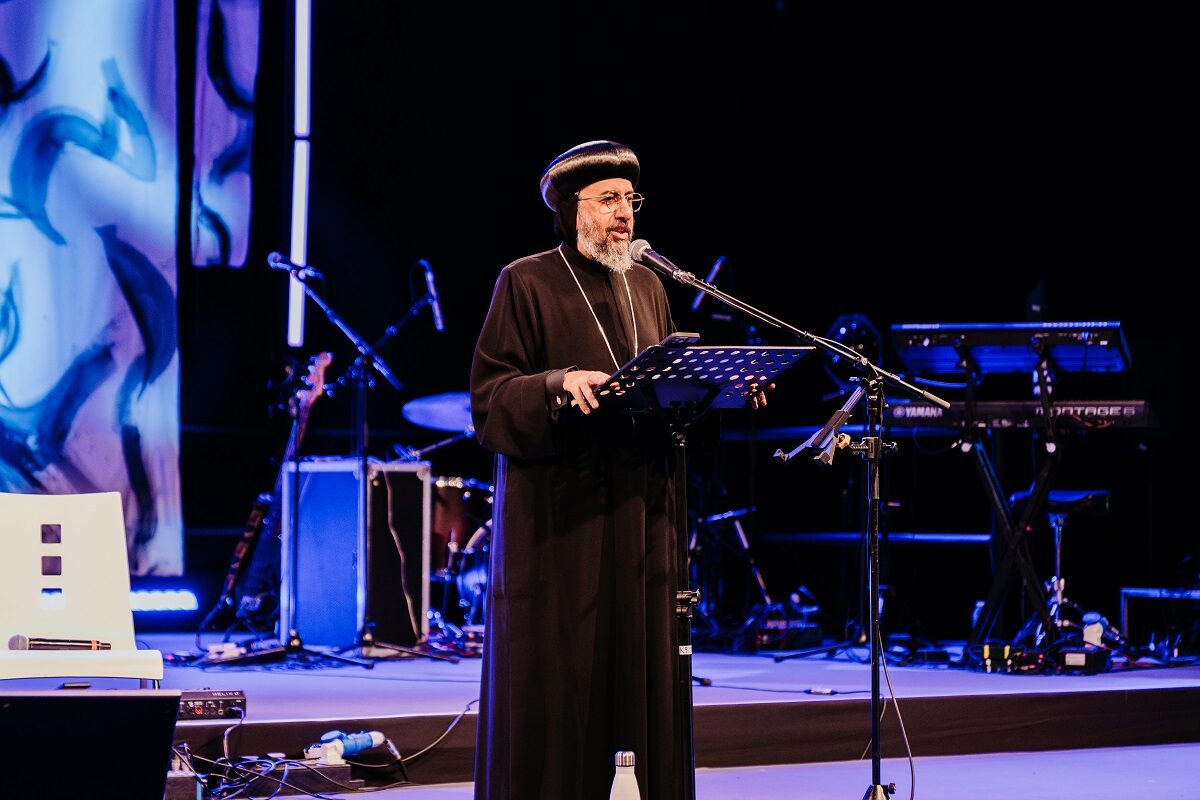 “Christians are dying today for their faith because they are doing what we so openly and comfortably do here now, gathering with other believers,” Angaelos told an arena seminar. “There are people who are paying the ultimate price, making the ultimate sacrifice even today.”

Angaelos said that being created in the image of God gives all humankind a unique sanctity and presents Christians with a special responsibility to defend it. He said violating a person’s freedom of belief is an attack on that dignity: “To take away a person’s right to believe, witness, proclaim, choose or change is taking away the image and likeness that was given to us all.”

In a recorded interview for SAT-7 ahead of the New Wine festival, the Archbishop explained how his initial advocacy for Coptic Christians when they were attacked for their faith grew to include other Christian communities during more widespread violence after the Arab uprisings. He then extended his support to those of other faiths when their communities in the region were attacked. He said Christians should not only defend fellow believers: “I start with my own family but then we spread, we share the grace of God.”

Dr Ascott said that his commitment to FoRB “became very personal” while he was living in an Arab country. “My dentist, a very dear, sweet brother and his wife and three sisters were all arrested simply because they had chosen to convert to Christianity.”

Although conversion was not illegal, the family was held repeatedly under an emergency law until advocacy, begun by Ascott, led to their release eight months later.

As a broadcast ministry, SAT-7 has countered persecution in a different way. It has given Christians a voice in Middle East media that they never had before – today broadcasting faith-filled programmes 24/7 on four channels across the region. This allows people to see Christians as they really are and to hear the life-changing message of the Gospel. Programmes also tackle the attitudes that lead to hostility against those who are “different”, whether from minority faiths or races.

“We have a responsibility to present the true image of Christ and Christianity and I think that is where SAT-7 has been a leader,” Archbishop Angaelos told New Wine attendees.

In addition to giving voice to Christians in the Middle East and North Africa, SAT-7’s new Free to Believe? campaign invites UK Christians to add their voice to end persecution.

SAT-7 External Engagement Director, Martin Thomas, described the campaign as “a response to the recent International Ministerial on FoRB hosted by the UK Foreign Office”. Each year the Ministerial aims “to propel continued advocacy, education and action, for international freedom of religion or belief, that together we may End The Persecution”.

Thomas continued: “As people who enjoy freedom of belief ourselves, we must stand with all who are denied it. We’re urging UK Christians to support our Free to Believe? campaign so that we can tell the UK government how much these issues matter to us.”

For more information go to  www.sat7uk.org/forb-press