Producers Samia and Salah Kessai are no strangers to adversity – the church they attend recently reopened after months of enforced closure. But the couple, who make impactful SAT-7 programmes on the ground in Algeria, refuse to lose heart. Their work is a vital support for those choosing to follow Christ.

Like many Christian leaders in Algeria, Samia and Salah have witnessed amazing church growth in recent years. “Every three months, the church holds baptisms, sometimes for more than 100 people. In June, 67 people were baptised,” says Salah. But as political tensions have increased, churches have been subject to greater interference from the authorities.

“They refuse to grant permission for churches to operate, and then they close them down because they don’t have official permission,” Salah explains.

Eleven churches have been closed, including Salah and Samia’s in Aïn Turk, near Oran. It was shut down for seven months before thankfully reopening in June. Undeterred, Salah simply says, “The more problems the Church faces, the stronger it grows.”

DIFFICULT TO BE A CHRISTIAN

North Africa is a difficult place to be a Christian. Believers mostly come from a non-Christian background, and often face pressure from those around them. “Believers need to be freed from the fear of being rejected by society and their families for their faith,” Salah says. “We try to encourage them to be a light and a testimony to others.”

Salah explains that discipleship is a further challenge, as there is a lack of leaders with theological training. “The believers are increasing, but the servants are not enough to satisfy the need,” he says.

Without this theological education to strengthen their understanding, Salah says, new believers may start to fall away. “Many people come, but how to keep them in the faith is a challenge.”

Thankfully, Salah and Samia are helping to meet this vital need for teaching through programmes in the local dialect on SAT-7. The couple produce lively church service broadcasts, as well as Christian teaching programmes and talk shows. 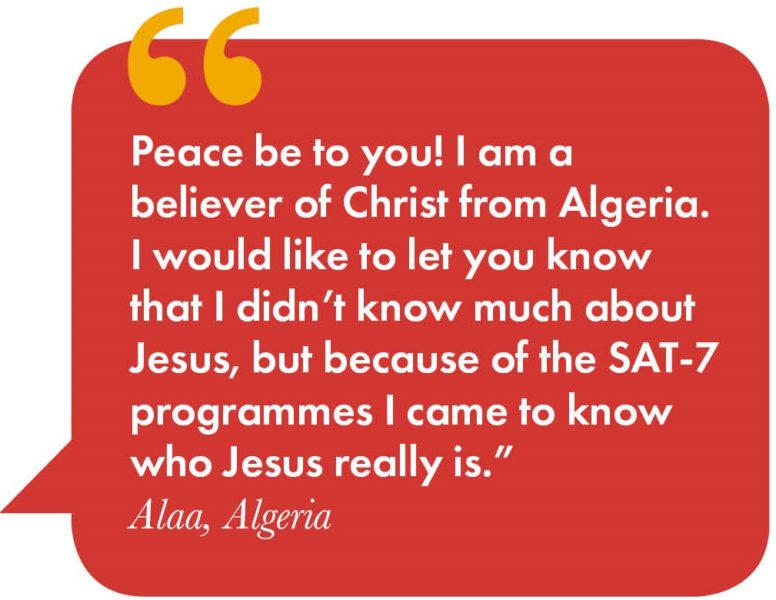 “SAT-7 programmes have a great impact on viewers, who like to watch shows in their own dialect,” says Salah. “Many people experience a personal relationship with God through watching the programmes.”

The impact of the programmes is not limited to Algeria. Salah describes meeting a group of Christians from Morocco, saying, “They told me that they meet in a home for their prayer meeting and watch My Church in Algeria. They pray that one day they will have a church like this in Morocco.”

“The number of believers is increasing across North African countries,” he adds. “There are believers even in Libya now.”

Samia encourages believers to learn from the example and heritage of Christians in the region’s past. “Algeria has a well-known history of Christianity,” she says. “It is the birthplace of Saint Augustine in the fourth century! We have a historical Christian heritage and identity. We want them to embrace this.” 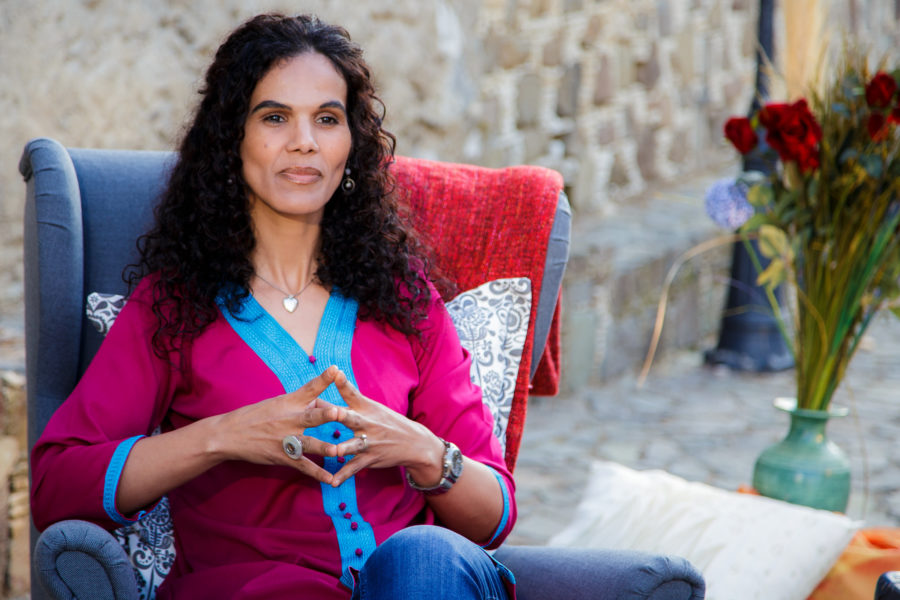