In the last two years, Danial*, a UK-based Iranian has increasingly found himself visiting his home country.

Originally the journeys were for his business, but he has had so many experiences of leading people to Christ, he has come to see that God is using them to “send a message of love to Iranian people”. 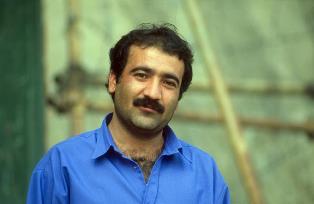 As he reflects on his last trip to Tehran, Danial says, “It’s as if the Holy Spirit is sending you. With every single person I spoke to,  God was saying ‘Speak to this person – this is my son, this is my daughter’. And most of them were very open to accept Jesus.”

“I talked to people who were very hopeless,” he says. “People in Iran are finding life very difficult,” he says. “The recession is hurting very badly. Everybody is stressed, upset, moody. One day they are laughing together, the next they are shouting.”

Danial found people weary, but they were spiritually thirsty too: “Many people want to know exactly who is Jesus. They think of him as a prophet, the same as Moses and Abraham. When I tell them Jesus is God, they get a shock.
“But when I explain that they can see God in the face of Jesus, they quickly receive this. They say, ‘We want to receive this message. We want to hear more and more’.”

One of the people Danial met on his last trip was a shopkeeper.  He was travelling from the north into the centre of Tehran. Then, at one point, he says, “The Holy Spirit said ‘Stop here and go into that shop’. I went in and said to the shop keeper ‘I have a message for you to go back to your family.’

“He said ‘Who are you?’ Danial chuckles as he remembers his straightforward reply: “I’m Danial, I live in London.”

It turned out that the man was planning to divorce his wife. After Danial explained how he could believe in Jesus, he was able to lead him to faith. The man is one of the contacts Danial has kept in touch with.

More recently the shopkeeper has told him,“I see my wife differently like a daughter from God. We have a lightness now. I love my wife and I want to spend my time with my family.”

Another man rang Danial a few days after their meeting. “He said I have news for you. From the first day I believed in Jesus, everybody was shouting at me at my place of work. They didn’t know I had come to Jesus, but I prayed and after a few days they said ‘You are changed. What has happened? Your face is so shiny!’”

After people have committed their lives to Christ, they immediately ask how they can grow in their faith. Because of the government crackdown on the Iranian house churches and restrictions upon traditional churches, connecting with other Christians is very difficult.

So Danial has a simple answer: “I say you can have church at home through SAT-7 and learn about God that way”. Several times on his last trip he visited a new believer’s home and adjusted their satellite dish in order to receive SAT-7 PARS programmes.

“I ask them to promise to keep watching SAT-7. I explain that there are many teaching programmes there where they can learn more about Christianity. They can receive the SAT-7 channel and they can follow the Lord.

“When I see people coming to Jesus, I now see I have to go to Iran for this reason,” Danial says, warmly. “I’m looking to grow my business in Iran but I’m not interested in making lots of money; I want to see the growth in God’s Kingdom.”

*Note: Name has been changed and stock photo used for representation purposes only