You are here: Home / Latest News / Faith in Tunisia
Search 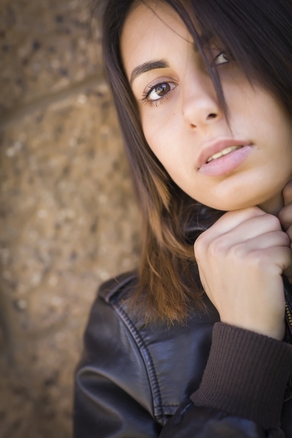 I had the privilege recently of travelling to Tunisia for five days with some friends of mine. One of them is from Tunisia, but living in another country with her husband. As we drove, I saw miles and miles of olive trees and learned that Tunisia is number 1 in the world for the quantity and quality of its olives and, therefore, for olive oil. My friend is well informed on this since her father has 3,000 olive trees!

But my purpose for going wasn’t for sightseeing or tasting olives. Most of all, I wanted to get to know the locals…especially Tunisian women.

I wanted to know about their faith journeys and, if they had made changes to their religion, how had that impacted their lives? How did their families feel about it? Had they become involved in a fellowship with other believers? Were there dangers or difficulties they had experienced because of this change? And what are the struggles for women in general in Tunisia? Happily, I was able to meet with several women who were willing to answer these questions for me.

One of the best for women’s rights

While Egypt is considered the worst Arab Middle Eastern or North African country for women right now, I was glad to learn that Tunisia is considered one of the best.

Most of the women I spoke with did not experience any severe backlash from their families for changing their faith from Islam to Christianity; although, family members were not always happy about it. In fact, I learned that it is legal to change your faith in Tunisia!

Don’t get me wrong: it’s not necessarily easy to be a Christian in Tunisia. Women don’t wear crosses around their necks in public to identify themselves as Christians. They fear having their pictures and names posted on the Internet identifying them as Christians, as well as being listened to via mobile phones. There are conservative Muslims who are not so tolerant of Christians and don’t believe that changing your religion should be allowed. It’s still somewhat dangerous to be Tunisian and be openly Christian. After all, every Tunisian believer has come to Christ from Islam.

There are several churches in the capital city of Tunis. I visited two. One was led by local believers, the other by pastors who came to serve from other countries. They were both lively and one was larger than my own church back home!

From talking with some of the people in these churches, I discovered that they struggle with some of the same things we do in our own churches. New believers get involved initially, grow in their faith, but eventually stop coming because of a variety of reasons. Someone hurt them, or the service feels boring, or they don’t like something about the church, or they have started going to another church. The leaders are doing their best to reach out to these people and encourage them to stay in the church and their small groups and to help the churches grow. It does seem that the Church is growing overall, but the local churches are struggling.

Interestingly, women from different areas all shared the same main difficulty for many women in Tunisia and that was single motherhood. Women who had experienced incest, rape or had an affair ended up on their own with no job skills and without a husband to help provide for them. While many Muslim countries allow men to marry up to four wives (as long as they can provide for them), Tunisia allows men to marry only one woman.

I was surprised to learn that Tunisia provides healthcare for single mothers and other resources to help them. But it’s the churches, other non-profits, and caring businesses who are trying to teach these, and other women on their own, a skill they can use to help provide for themselves and their children.

Typically, when we are able to meet women in different countries or cultures and have an opportunity to talk with them and hear their stories, we find out we are more alike than different. We all want a better life for our children and families, to provide for them and ourselves without assistance.

I found the Christian Tunisian women I met to be confident and strong. They have a heart for seeing their fellow Tunisians meet their personal and risen Saviour, Jesus. They seemed glad to meet an American who was interested in them and who was willing to travel there to get to know them. All of the Tunisians I met were warm and friendly. I will go again!

Share on TwitterShare on FacebookShare on E-mail
We use cookies to give you the best possible experience. Essential cookies speed up page loading and improve your experience. We'd also like to set optional analytics cookies to help us see how people use our site so we can improve it. We won't set optional cookies unless you choose to accept them. Using this tool will set a cookie on your device to remember your preferences. Click FIND OUT MORE to learn about how we use cookies.Accept all cookiesBlock non-essential cookiesFind out more