Many young children in Syria have known nothing but war – their entire lives have been marked by violence and loss. But the children SAT-7 KIDS met on a recent visit were anything but broken. Despite their sadness, many were also full of hope, joy, and faith in Jesus.

“Don’t fear, because Jesus is with you,” says Jameel, one of the Syrian boys that SAT-7 KIDS met in Tartus, on the western Syrian coast. “Don’t stop praying. I advise everyone to pray all the time and read the Bible.”

A regular viewer of the channel,  Jameel shared all about his favourite shows. He told them about how he reads the Bible, and even recited Psalm 23, which he loves.

Jameel also shared how he and his family came to Tartus. They fled from Aleppo, a city that has seen some of the worst violence of Syria’s eight-year civil war.

“I WAS AFRAID, BUT I PRAYED”

“When I lived in Aleppo, there were missiles after midnight,” Jameel says. “I used to lose sleep over that. There were various missile attacks as we left Aleppo. I was afraid, but I prayed.

“When we were on the road to Tartus, we learned that there were snipers attacking civilians on the road. The driver asked us whether he should continue or not. We prayed and told him to continue driving very fast. Thank God, we arrived safely to Tartus.”

Jameel’s testimony is one of many amazing stories that will be shared on Family of Jesus, a worship programme on SAT-7 KIDS that aims to encourage lonely children.

On their visit to Tartus, Bloudan, and As-Suwayda, the team found churches packed with new believers. Almost a thousand children joined in for an encouraging day of worship, drama, and prayer – and to share their experiences.

One boy in Tartus says, “When the war began, I was so scared. But when I come to church, I feel happy and joyful in my heart.”

A young girl, Soussana, also shares, “When I feel afraid or sad or when I get tired, I pray to Jesus Christ and He answers my prayers.” 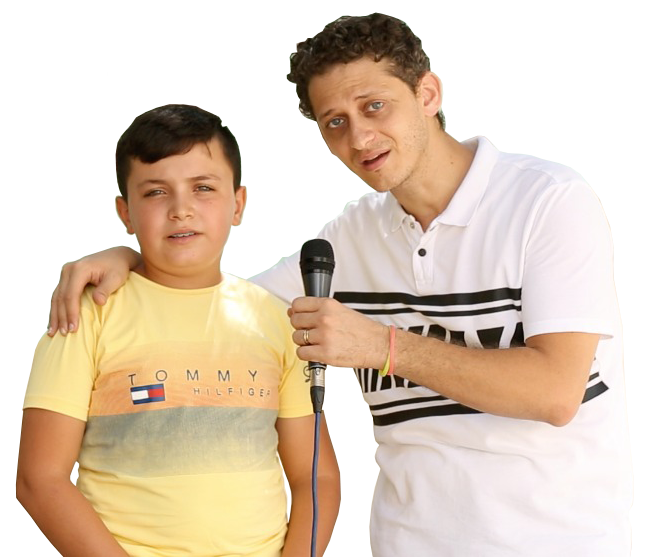 “We had so much fun today,” says one young boy. “We learned about Jesus. He is with us wherever we go. When we face problems, we ask Jesus to calm the storm…. He can silence all the storms, even war. I’m not afraid of anything now, with Jesus.”

Although the areas the children live in have been declared safe, they are still subject to raids or air strikes. The so-called Islamic State group had attacked As-Suwayda just a few months before the visit.

But, Family of Jesus presenter Mina Awny explains, the children simply avoid areas that have been attacked. “They are continuing their lives despite everything,” he says. “They face death every day but aren’t afraid.”

THE POWER OF PRAYER

Several of the children prayed for their country, asking others to do the same.

“We need a lot of prayer for Syria, so the war ends,” says Miramar from As-Suwayda. “Some people here don’t have food or homes, and some lost their loved ones. We need prayer from everywhere.” 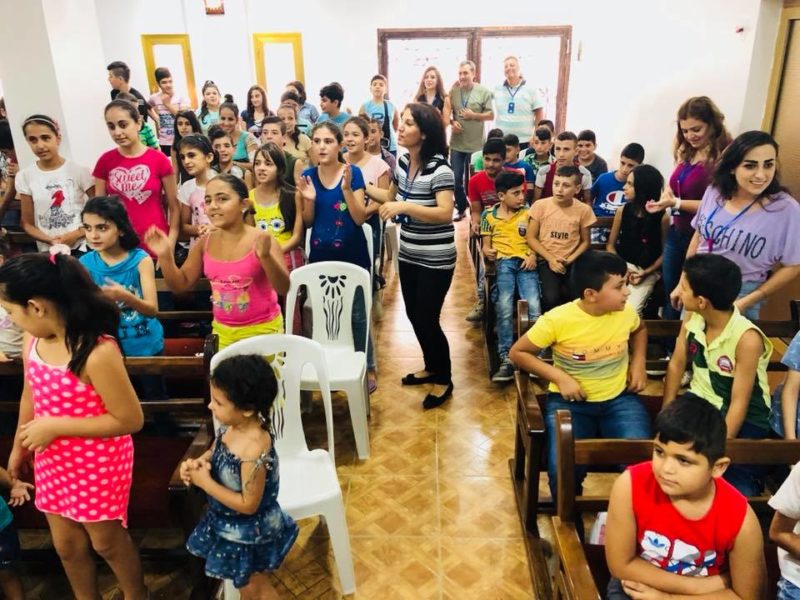