You are here: Home / Latest News / Father and son share their hearts with each other and with Iran
Search 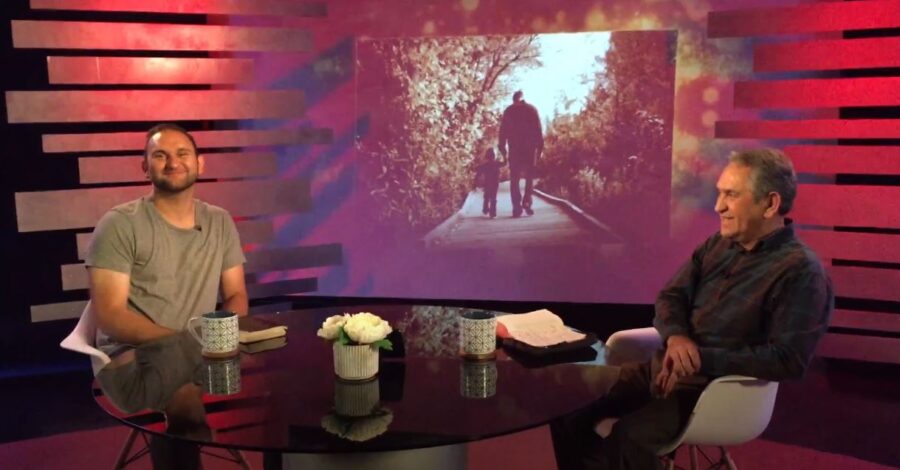 Sharing is caring, they say. In this case, it really is; Jalil Sepehr and his son Arvin are sharing their hearts with each other and Iran in a bid to benefit the future of church and culture in the region.

Joseph Hovsepian, producer of new series Encounter of Generations, which is broadcast by SAT-7 PARS, is passionate about the power of this new conversational programme. “This is a very special programme… it’s the first time a father and a son are sat together in such a beautiful setting. And in a very honest way they share their challenges and struggles.”

The idea of a generation gap is helpful in understanding why this show could have such a big influence. In many cultures, between one generation and the next, a sort of gap opens up. Societies change very quickly – even more so in recent times – and as they do, difference in opinions, expectations and values emerge between parents and their children. We have all heard (or uttered!) complaints that start with, “The children of today…”. Animosity between parents and children can flare up in any family, but it seems extremely common in Iran.

Leaving no stone unturned, Jalil and Arvin cover topics such as marriage, employment, education, church, relationships, gender roles and sexuality. As they talk, they model something many viewers have probably never even witnessed before: forgiving, peaceful and loving dialogue between a father and a son.

Bridging the gap might require a lot of difficult conversations. Encounter of Generations shows that the process is absolutely worthwhile.