As divorce rates skyrocket in the Middle East, new programme From Heart to Heart is encouraging couples to open up about their struggles. The live show’s married presenters bravely share their own issues and bring a biblical perspective, to help strengthen viewers in their own relationships.

“People want to feel free to talk about their struggles,” says Marianne, who presents the SAT-7 ARABIC show with her husband Rawad. “When they hear another couple talking about theirs, they think, ‘Oh, I am not alone. I can share.’ And that is how we build each other up.”

Marianne and Rawad have been together for 10 years and have a one-year-old son. On From Heart to Heart, they speak with great honesty about the problems they have faced, including financial struggles, Rawad’s issues with anger, and his past addiction to pornography. Viewers are encouraged to do the same, and the response, Rawad says, has been remarkable.

“It is a great blessing that people are talking so honestly,” he says. “Although it is exceedingly hard and taboo to talk about cheating, in a previous episode an Iraqi man shared that he had been unfaithful.” The man’s wife expressed her forgiveness, and the couple received support to help them continue to heal.

During the show, a counsellor offers viewers professional advice. Each episode also features a guest couple and several game-show segments that help keep the show light-hearted. These include a “truth game”, in which couples answer questions that reveal how much they know about each other.

Rawad and Marianne never imagined that they would be giving relationship advice. But ever since they got married, their home has been a “magnet” for other couples seeking help. “I am sure that this was from God,” Rawad says. “It was weird and amazing for us.”

One of the guest couples on From Heart to Heart are personal friends of the presenters. When they encountered relationship problems during their engagement, Marianne and Rawad supported and prayed for them, eventually advising them to postpone their wedding. The advice worked, and today their friends are happily married.

Rawad and Marianne from the program From Heart to Heart, you are a great example of Jesus to us.” – Thabet, female viewer

GROUNDED IN THE WORD

Many viewers have got in touch to ask for advice on how to cope with a husband’s anger issues. Other issues that have been raised include arranged marriages and problems couples experience while living with the husband’s parents, an arrangement that is common in the Middle East and North Africa.

The presenters advise couples to keep God at the centre of their relationships. “This is the key,” says Rawad. “When you read the Word of God, He is saying, respect your wife as you love yourself. If you truly love God, you can do it. Even though sometimes I am angry, because I love God I will compromise, be humble, and ask my wife to pray with me.”

Rawad and Marianne believe that modern marriages are under unprecedented stress. In many families in their home country of Lebanon, both partners are having to work long hours just to keep their families afloat. The resulting lack of quality time is destroying marriages, the couple says.

Strong relationships must focus on communication and quality time, Marianne adds. Compromise is also key. She encourages young couples to think, “It’s not about me anymore… it’s about us. I choose us.”

The first season of From Heart to Heart is currently airing live on SAT-7 ARABIC. 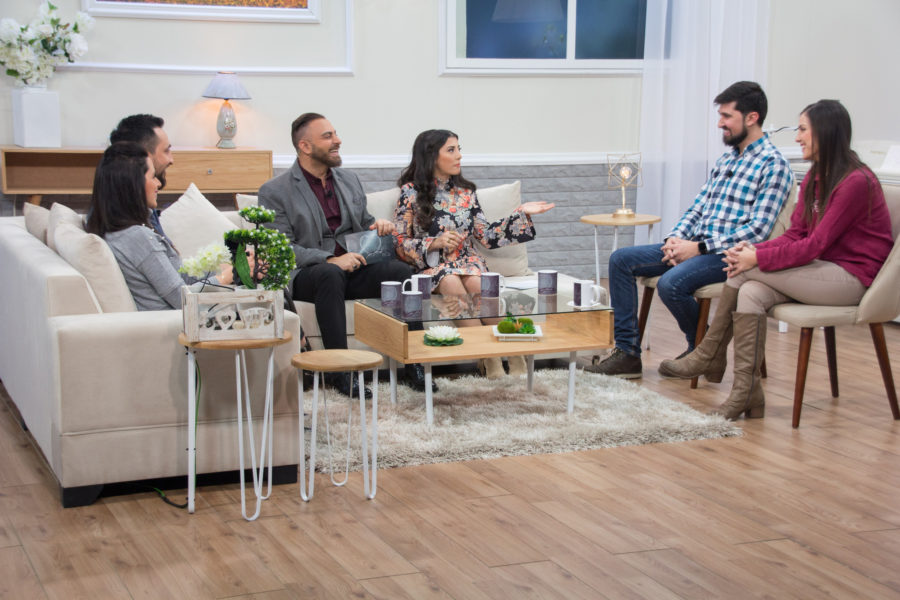