You are here: Home / Latest News / From rock bottom, to singing his praise
Search

From rock bottom, to singing his praise

Maged Shafik’s life was once so full of danger and darkness that he was the target of attempted murder three times. Today, he is a well-known worship leader in Egypt, a man of peace and faith. To encourage the many SAT-7 ARABIC viewers, from Lebanon to Yemen, who feel they are at rock bottom, Maged shared his testimony on the worship programme Keep on Singing. 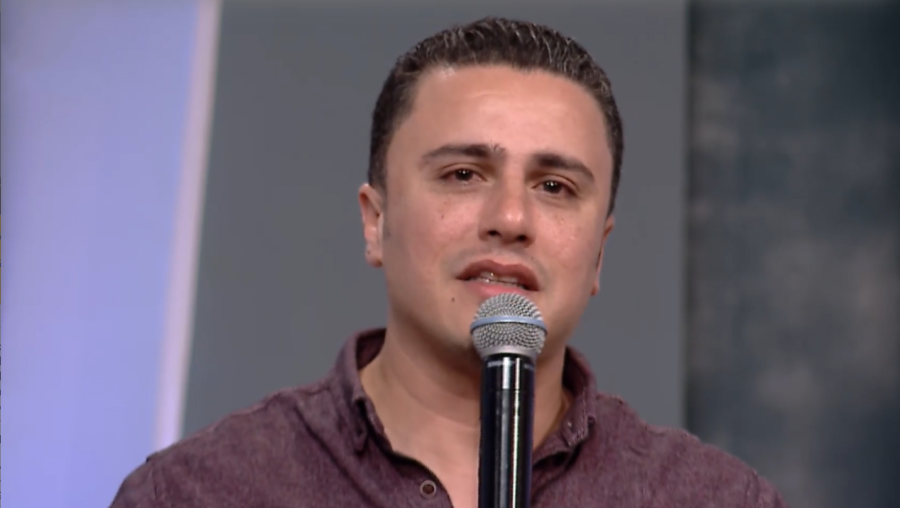 “God saved me from death when I was at the bottom of the dark pit. Three times a group of men tried to kill me, but God always stood between us, and I was saved,” Maged said.

A life of darkness

Although born into a Christian family, Maged was not a believer.

“I drifted away from church and joined a group of friends who were a bad influence on me. We frequented questionable places, and we led a life of darkness. Because of this life, I was the target of attempted murder three times,” he said.

A desire to find his way back to church led Maged to attend a prayer meeting. As he sat in the back row, wishing he could take part, he says the Lord gave him a vision.

“I saw the Lord holding my hand and taking me backstage in a large stadium full of people. I saw, from behind, a man on the stage playing the guitar and leading the audience in worship. I said to the Lord that I wanted to be like this man. He looked at me, smiling, and said, ‘That is you,’” Maged shared.

Rescued from the pit

For months, Maged went to church every week, sat in the back row, and had the same vision.

Gradually, Maged’s life began to change, and he returned to church, joined the choir, trained in hymn singing and began singing with them.

“I experienced what is meant by the verse, ‘He lifted me out of the slimy pit, out of the mud and mire’ (Psalm 40:2). I could not detach myself from the life of sin immediately, but I felt as if the Lord had put a syringe in me, sucking out the poison gradually: wisely, kindly and patiently, until I became His and He gave me the grace to stay away from all that was in the past. Now, He has brought me to a place where I praise His name and guide others in praise for Him, too.”
<h2″>Singing his praise

Maged is now one of the hymn singers on the weekly SAT-7 praise and worship programme Keep on Singing, leading thousands of worshippers both on- and off-screen.

Maged’s prayer today is that, through his worship programme and other shows, the Lord will touch the hearts of SAT-7 viewers, especially those in crisis and especially as the need for the truth increases in the Middle East and North Africa.