For many girls across the Middle East and North Africa, rejection and discrimination are a daily reality. Widely considered of lower status and value than their brothers, their education and opportunities are limited, and their experience of injustice and abuse all too frequent.

The season of Advent resounds with the song of Mary, Jesus’s mother, herself a young woman who knew the pain of rejection by the people of Bethlehem. In Luke 1:46-55 she can’t contain her love for the God who confounds expectations – who sees those whom others overlook, who lowers the proud and lifts those of low status.

That same dynamic is at work in A Girl’s World, SAT-7 PARS’ live, interactive show for girls aged 8 to 15. It seeks to show girls that they are valued, and to empower them by breaking the silence around issues that concern them.

Presenter Parastoo Poortaheri explains: “We want to break down the culture of shame… and present a balanced, well-rounded view to give our audience something to think about. Ultimately, we want girls to know how valued they are in God’s eyes.”

This message, invaluable for any girl, is transformational for those growing up in the Middle East and North Africa, so often brought up to believe that they should accept and never question their lot in life.

The programme, launched a year ago, invites young viewers to call in with their contributions to discussions, to suggest subjects they’d like to see explored and to receive support – anonymously if they prefer. In a culture which demands submission, the advice given recently, for example, on how to say “No” to anyone trying to touch viewers inappropriately, is groundbreaking and essential.

A new karaoke segment is being developed – a first on SAT-7 PARS. Each week, Parastoo will sing, lyrics appearing on-screen so that kids can sing along and learn a new worship song at the same time.

A Girl’s World is making a difference. Viewers report how helpful they find the advice of the show’s psychologist and how they are putting what they hear into practice. For girls experiencing rejection and discrimination, being shown so clearly that they are valued is life-changing, as one young viewer explained: “I have never received the amount of care from my own family that I have been receiving from you guys! Truly it is not the biological family relationship that makes you love someone, but the spirit of God who connects hearts. Thank you God that if I don’t have any earthly family, I have God’s family.” 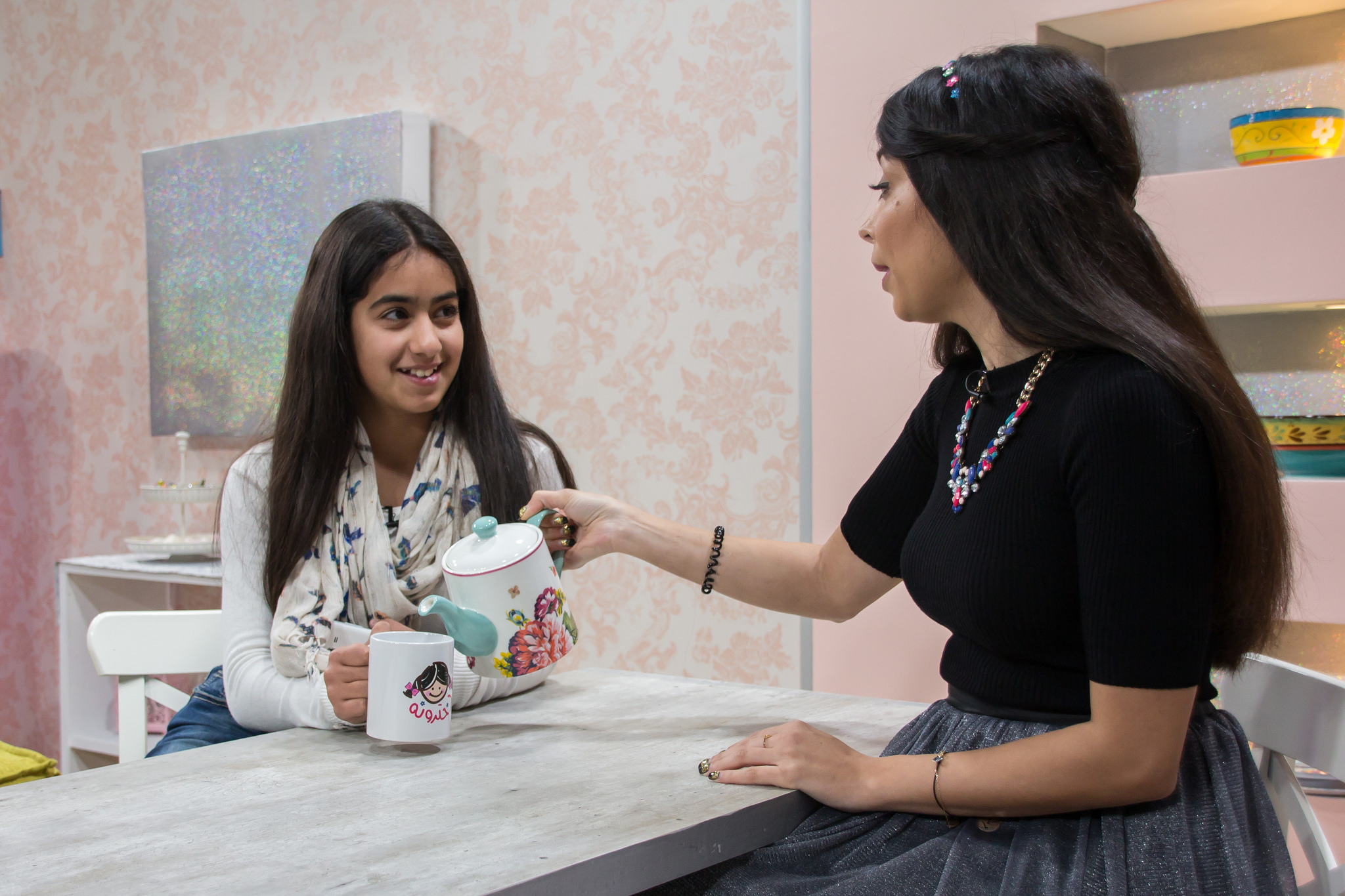