The Lebanese Center for Human Rights recently granted Juliana Sfeir, on behalf of SAT-7, the Human Rights Journalism Award. Sfeir is a special projects manager at SAT-7 Lebanon and an executive producer of social impact programmes for SAT-7. 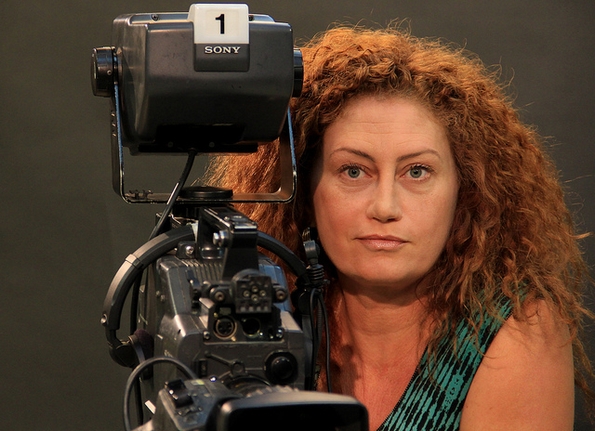 The Lebanese Center for Human Rights granted the award to five recipients “for their dedication to promoting Human Rights through the media”. The award specifically recognises two SAT-7 campaigns: one for the inclusion of people with disabilities and the other advocating for the rights of female heads of households. Each campaign comprised a set of documentaries from the MENA region (Jordan, Lebanon, Egypt, Morocco), a set of awareness spots, and a talk show.

Christian broadcaster, SAT-7, said, “It is honoured to be recognised for its work, alongside several other organisations such as L’Orient le Jour, The Daily Star and IRIN, and blogger Salim al Lawzi.”

SAT-7 has produced quality programming advocating for human rights since 2003. Other past organizational SAT-7 campaigns have promoted the rights of women, children, ethnic and religious minorities, and the social inclusion of people with disabilities.

SAT-7 said there is also an organisational commitment to these values behind the cameras. Alongside the awareness campaign for the inclusion of people with disabilities, SAT-7 renovated its Lebanon studio and office facilities to become wheelchair accessible and employs a disabled person as receptionist. Future campaigns will address issues affecting refugees and migrant and domestic workers.

In addition to these focused campaigns, SAT-7 said it takes a holistic approach to human rights, promoting them in a variety of programmes for all ages. Most recently, this was shown in Just For You, a programme designed for Iraqis and Syrians, Forbidden, a talk show addressing social issues in North Africa, and Full Stop, a talk show discussing marriage and related domestic issues.

SAT-7 produces programming that helps viewers both understand and better appreciate the value of human rights, not just for Christians, but for societies as a whole. Sfeir said SAT-7 offers more than mainstream answers to viewers, “We don’t believe in just advocating human rights. These rights have to be seen in the light of the Word of God, and be a matter of prayer for us as Christians . We do our best to bring a Christian perspective to this and all other such important issues.”

She said that her own dedication to human rights is inspired by the ministry of Jesus, because He spent His life with people in the streets and countryside.

Reflecting on the award, Sfeir emphasized the value of teamwork within SAT-7. She said, “It’s just the beginning. There are people in SAT-7 who have amazing potential. I see a bright future.”

The Human Rights Journalism Award is part of the Media Monitoring Project at the Lebanese Center for Human Rights, which encourages the use of the media to promote human rights through workshops for journalists, NGO workers, and media students.

Launched in 1996, with an international headquarters in Cyprus, SAT-7 broadcasts Christian satellite television to an audience of over 15 million people in the Middle East and North Africa. SAT-7 broadcasts in Arabic, Farsi, and Turkish languages on five channels.