You are here: Home / Latest News / Immanuel, God is With Us: A Testimony
Search

Immanuel, God is With Us: A Testimony

He was born in Iran. His parents were not Christians. He grew up in a time when persecution was hitting the Iranian Church hard. So how did Reza Jafari (below) become the presenter of new SAT-7 PARS show Signal, which inspires and encourages so many Christians? In one word: Immanuel.

“I’d never heard or known anything about Christianity or other religions until I met a friend at school (when I was nine or ten). My friend’s name was Immanuel,” Reza explains. Little did Reza know that his friend’s name would become so significant later in his life.

At the age of 15, Reza lost his father suddenly, and some dark days followed. “I grew up looking in wrong places to fill the voids and gaps in my heart.”

In his late teens, Reza had an unexpected reminder of his old friend. “Out of the blue, one of my relatives asked me to go with him to a church on Friday,” Reza explains. When a friend told him the church was named “Immanuel”, he didn’t think it was particularly significant. “The first thing that came to my mind was my friend’s name at 3rd-grade school”. Reza later learned the wonderful definition of Immanuel: “God is with us.” But the reality of that statement was about to be thoroughly tested.

At a national level, a “big wave of pressure” was hitting Christians in Iran. In Tehran, Reza’s home city, leaders were forced to call off their services as the risk of arrest was increasing week on week. Reza took some convincing from his family that he should move away from Iran, but agreeing it was the safest option, he relocated to Cyprus.

A few weeks after he moved, he was invited to attend a house church. What was its name? Immanuel! Reza’s words say it all: “It was a mixed feeling of ‘wow’ and being freaked out as it did not sound a coincidence any longer!” 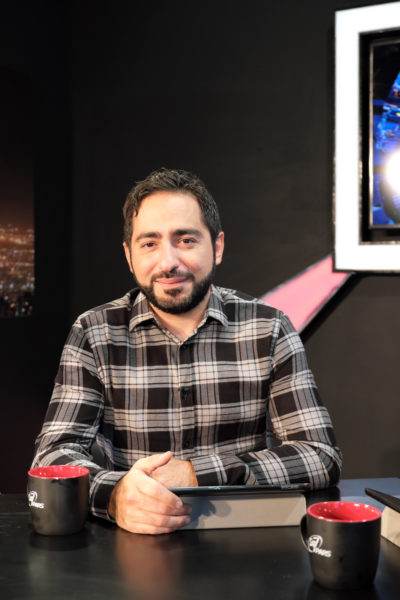 FROM ANGER TO PRAISE

Reza’s faith grew as he attended Immanuel Church. However, a lot of pain and frustration was building in his heart, much of it relating to his past. A recurring knee injury was the final straw and prompted an angry outburst at God. But as Reza poured his heart out, something amazing happened.
“I noticed that I was sitting on my knees and my knee was completely bent, which a few minutes ago and for a few years was an impossible thing for me to do!” That night Reza surrendered to God. “I knelt, cried and gave my heart to Him.”
Soon after this, Reza got a job with Iranian Christian Broadcasting, which later became SAT-7 PARS. As the years went on, an idea for a new programme was developing in Reza’s mind.

“I have realised that one thing we are missing is a programme to be a platform” Reza explains, “a voice to amplify and echo those blessings from the viewers back to the viewers/believers.” And thus, Signal was born: a show that amplifies the stories of Christians living out radical faith in uncertain times, to encourage their wider Christian family.

Who better to produce it than Reza Jafari? 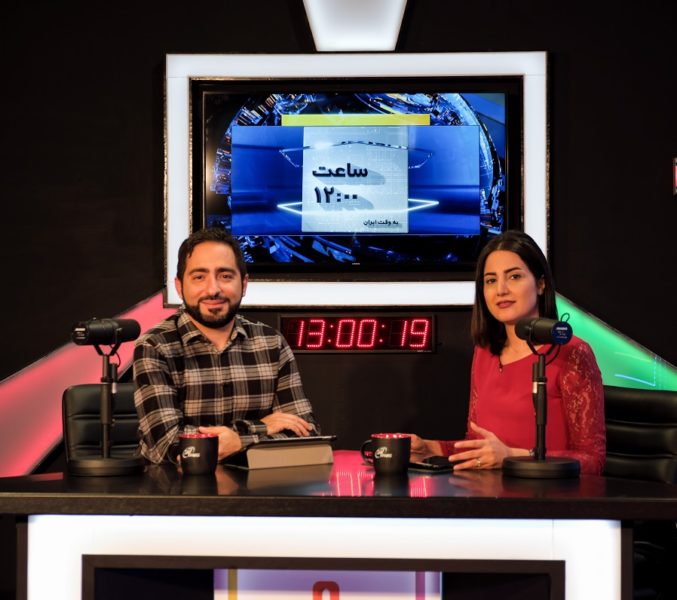