SAT-7 PARS children’s programme A Girl’s World recently asked children to share their hopes and dreams in pictures. The drawings give a fascinating insight into the lives of Persian-speaking children and the challenges they face.

“I dream about a world with happiness for kids and their parents, a world without war, hunger, and without any fears for all children,” one young girl wrote next to her hand-drawn picture of two girls playing in a green field. She also dreamt of a world where “no parents would feel embarrassed because they can’t provide for the needs of their children.”

A young viewer affected by a recent earthquake in Iran said her dream is for her house to be rebuilt. In Tehran, where air pollution is an issue, some children dreamed of a world with clean air and access to nature. Many children also focused on global issues and hoped for unity among the children of the world, and a world without war and poverty.

The show’s viewers are mainly in Iran and Afghanistan, where Persian-speaking Christians have to meet in secret. One young viewer from Iran drew a picture of people entering a church building, expressing her dream that she and her family would be able to worship openly. “It’s impossible for people in Iran to be Christian, but I love to be a Christian,” she wrote.

Parastoo Poortaheri, presenter of A Girl’s World, expressed how inspired she was by seeing what children are dreaming about. By inviting viewers to share in this way, she explained, the show’s producers can ensure programming remains relevant and engaging.

“Children spend a lot of time watching television, so it is important that the programmes they watch are positive and relevant to them,” Parastoo said.

By giving children space to share their hopes and dreams, SAT-7 is teaching young Persian-speakers that they have a voice.

“We always work hard to produce relevant and positive programmes that will inspire and encourage kids,” Parastoo said. “We want children to know they are valued.”

A Girl’s World is a weekly live interactive programme for girls aged 8 to 15. On the show, Parastoo discusses issues that young girls in Iran and across the MENA commonly face, particularly issues that girls may not be able to discuss openly in their culture. The show is pioneering new ground – no other Persian television show focuses specifically on girls, or gives the chance to discuss ‘taboo’ topics such as body image, sexual abuse and gender discrimination. The show also includes lighter educational and entertaining segments, such as karaoke, crafts, hairstyles and recipes. Many young girls have contacted the show with positive feedback, excited there is finally a show like A Girl’s World that they can relate to.

A special feature of the show is that viewers are able to call in anonymously to ask for advice. Parastoo discusses topics and answers questions from a Christian perspective, empowering young girls with the truth that they are valued and loved by God. For girls living in a culture where they are often overlooked or devalued, this message can be life changing. The positive responses that the programme receives from many young girls in Iran is just a small glimpse into the significant impact that A Girl’s World is having across the Persian-speaking world. 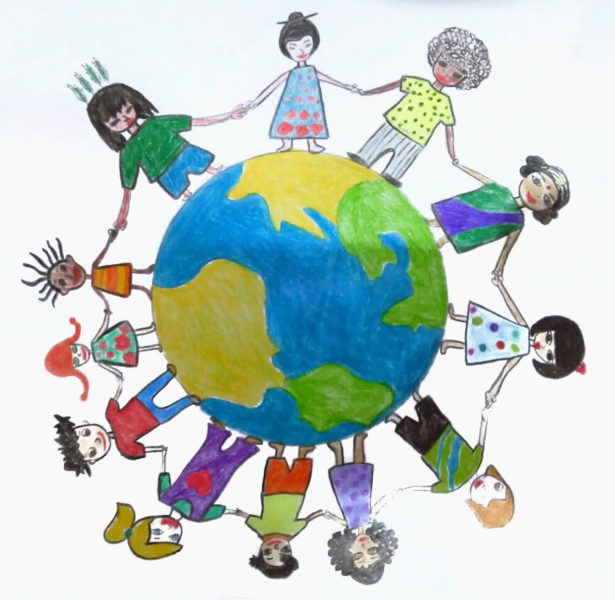