The Board of SAT-7 PARS (a Christian satellite television ministry broadcasting in the Persian language) has appointed Revd Mansour Khajehpour as the channel’s next Executive Director, effective 7 July 2014. Mansour is the second Director for SAT-7 PARS and succeeds Ms Sara Afshari, who joined SAT-7 PARS (then called Iranian Christian Broadcasting, ICB) in 2002. At that time, PARS was only broadcasting for 2 hours per week, but is now a full 24/7 satellite channel with a substantial Internet presence and its own studios in Cyprus and the UK. Ms Sara Afshari is stepping down from her Director role to concentrate on her doctoral studies at the University of Edinburgh. 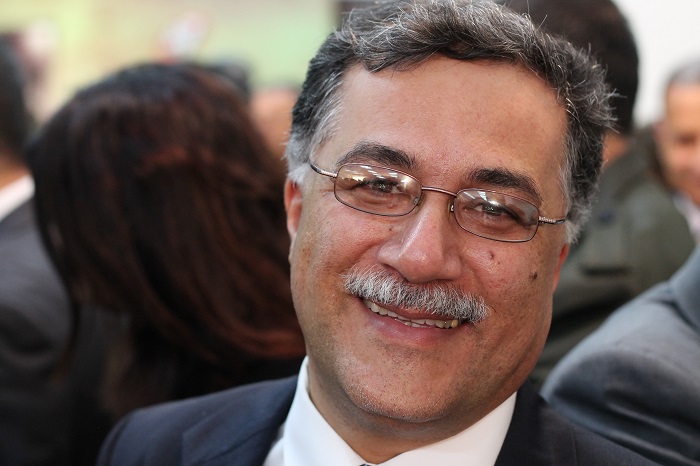 Mansour (47) comes to SAT-7 with a background in both business and ministry. He was born in Mash’had, Iran and in 1981 God used three Catholic nuns to ignite a fire in Mansour’s heart that turned him into a passionate follower of Jesus Christ. Mansour writes, “Following Jesus has been a joyful and uplifting journey, and, at times, a costly one. I was disowned by my family members, rejected by my friends, lost jobs, and faced imprisonment. However, all of these seemingly evil things God used to bless me, and shape my personality and faith. Now, three decades later, I rejoice in following, and serving the Lord of the Universe, and proclaiming the ultimate Good News – that Jesus Christ is Lord to the glory of God the Father!”

In 1991 Mansour received a Bachelor of Science in Business Administration from Teheran University. While studying there he became a member and, later, an elected Elder of St Peter’s Presbyterian Church in Tehran. Also while at Tehran University, he participated in the Certificate Program of the Board of Christian Education of the Presbyterian Church of Iran. This three-year programme equipped him for teaching and preaching as a youth leader of the church.

In 1993 he married Nahid Sepehri. Nahid used to work for the Bible Society in Iran, where her father, the Revd Sadegh Sepehri, served as its last Executive Director before it was closed by the government.

In 1996, following a period of imprisonment and ongoing harassment, the Khajehpours discerned it was time to leave their home in Iran and relocate. They moved to the United States in 1997, where Mansour took up employment in the banking sector. In 2002, Mansour entered the ministry on a full-time basis and has been serving in different pastoral capacities, both among congregations of expatriate Iranians and local Americans – most recently in Seattle, Washington. Many years of pastoral ministry never distracted him from his first calling; namely, to proclaim the Good News of Jesus Christ among Iranians. This has been the driving motivation behind his prolific writing, translation, and the publishing of books and theological articles.

In 2008 Mansour graduated from Princeton Theological Seminary where he received his Master of Divinity.

The Khajehpours have two children: Rebeka (18), a student at the University of Washington in Seattle, andMatthew (13), who finishes middle school this autumn.

Mansour joins SAT-7 PARS recognising the tremendous importance of the media, and television ministry in particular. In his own words, “Such a tool, in God’s hands, can both make the Gospel available to millions as well as lift up and encourage the many new believers across the Persian-speaking World”.

Dr Terence Ascott (SAT-7 International CEO) said that he and the SAT-7 PARS Chair, Rev Tat Stewart are “thrilled at the potential of this appointment, and by the fact that the Board were unanimous in making this invitation to brother Mansour. We also want to pay tribute to Sara Afshari – over the past 12 years she has built up the channel’s staff, funding, programming and facilities in a way that no one could have predicted.”

The Board also formally appointed the PARS Programming Manager, Ms Nikoo Ordodary to the position of Deputy Executive Director. Nikoo will retain her responsibilities for programming but the new title will enable her to better support Mansour in his new role.

Mansour will move to Cyprus to take up his responsibilities on 7 July. He will be joined by his family in August. However, they will not permanently relocate to Cyprus until mid-2015.