Rev Edward Hovsepian-Mehr pastored churches in Iran for 35 years. Since 2003 he has led the Iranian Church in London and is superintendent of a network of Iranian churches in the UK and Europe. He is one of the most influential teachers in the Iranian church and a regular broadcaster on SAT-7 PARS. We asked Edward how he became involved and why he is so committed to SAT-7’s ministry. 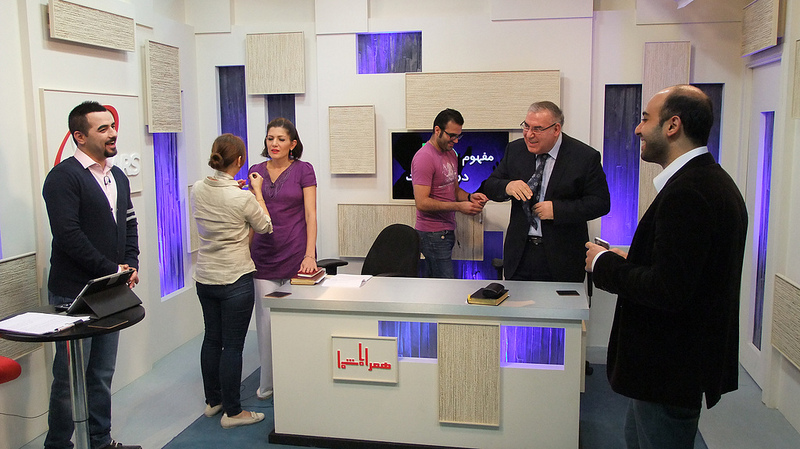 In half an hour’s time, Pastor Hovsepian will be the guest speaker in a live 90-minute broadcast, With You, on SAT-7 PARS. For the moment, though, he is enjoying a joke with the channel’s Audience Relations Manager and her assistant in SAT-7 PARS’ airy, white-washed reception room in North London.

Though it clearly helps that audience manager Anita is one of his daughters, Edward’s friendly, caring manner with all the staff is a sign of his lifetime spent ministering to the Iranian Christian community, both in his homeland and since 2003 in the United Kingdom.

“I first became involved when Sara (Afshari, SAT-7 PARS previous Executive Director) came and talked to me and said ‘we need good teachers from the Iranian church’,” Edward explains. He knew his London church had a number of good theologians and pastors.

Having always cooperated with pastors across the denominational spectrum when he was superintendent of Iran’s Assemblies of God churches, he also immediately “appreciated Sara’s vision when she explained how she wanted to use teachers from a range of churches and denominations.” Edward sees SAT-7’s commitment to involving teachers and serving Christians across the breadth of the Church as one of the channel’s strengths and distinctives.

“We feel as if you are with us in Iran” 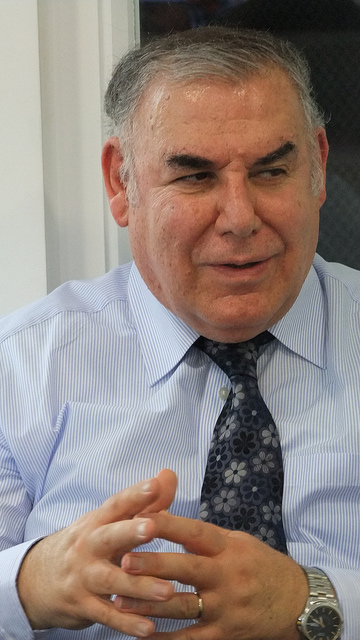 Edward’s first SAT-7 broadcasts in 2009 were on the topic of Christian marriage with a female co-presenter. The response from viewers in Iran quickly confirmed the channel’s value for him. People said “we feel as if you are with us in Iran teaching us. That helps us a lot.”

“This was a great motivation for me,” he says. “It was a big motivation too when I met with underground church leaders outside Iran and heard that they also watched the SAT-7 programmes.

“I could see SAT-7 were committed to doing their best to produce programmes for youth, couples and children of all ages. They had a good programming system, creativity and the flexibility to invite us to come and share whatever we felt would be helpful for the Iranian church.”

He also stresses the need to counter one of the dangers threatening Iran’s mostly underground church, where formal in-country training is impossible for church leaders who come from a non-Christian background. “In Iran false teachers are becoming widespread and SAT-7 can play a huge part in correcting that. We need to be careful to offer true teachers for people to know what the correct teaching of the Bible is.”

The With You programme Edward is about to appear in is an informal show with female interviewer Rosita and anchor man Danial. After the first thirty minutes of introducing the topic, it opens to viewers to call in, text or email their questions.

Even with decades of experience in Christian leadership and five years’ familiarity with TV broadcasting, Edward says this is challenging. “You have a very varied and wide audience and we also have to be prepared for many difficult questions people ask,” he explains.

Asked what viewer responses he finds most encouraging, he instantly says “When a viewer says they came to Christ through SAT-7 PARS. Some tell us their testimonies in detail. Nowadays when we hear that many churches have closed in Iran that makes me realise how important SAT-7 PARS is. Many viewers tell us that ‘watching your programmes is like having you teach us in our church’. “

After ministering in Isfahan, Orumiyeh and Tehran, he concludes, “Another thing that encourages me is that we see viewers are contacting us from many different cities, some from small villages where no churches or known Christians exist, but they come to Christ.”

He smiles. “All these factors motivate me to continue this ministry.”

And with that, he is called upstairs to the studio to run through some sound and vision checks before going live to his diverse congregation in a country where Christian satellite television is the only access to church many people have.