Children Hope/Encouragement Jordan refugees Why is That?

Children in Jordan demonstrated Jesus’ heart of love for the stranger when they were interviewed on SAT-7 about what they would do if they met a refugee from Syria or Iraq.

“I’d tell him that God loves him and invite him to our house,” said a girl named Hotaf. 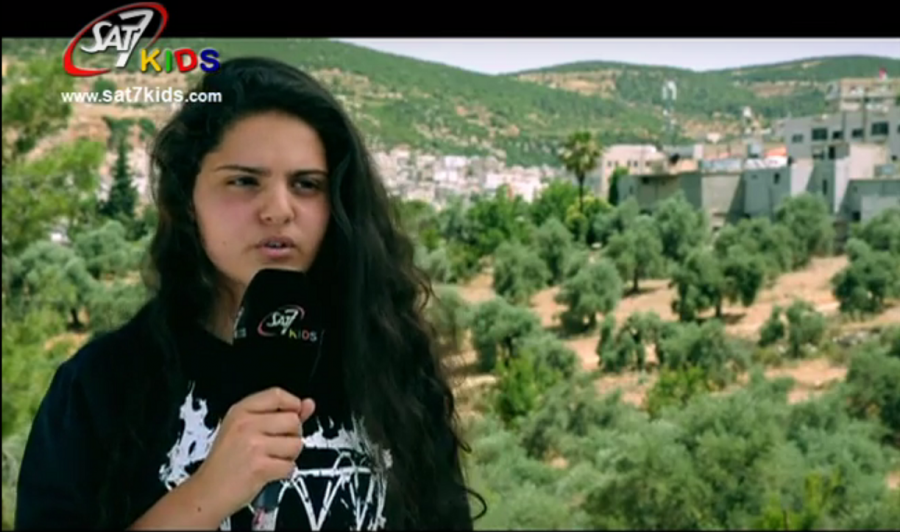 A young boy said: “I’d gather my friends and collect money for him, and give him some of our things that we don’t use.”

The children were filmed by popular SAT-7 KIDS show Why is That? for an episode that encouraged young viewers to follow Jesus’ teaching: “I was a stranger and you invited me in.” (Matthew 25:35).

Bordering both Iraq and Syria, there are over 650,000 registered refugees in Jordan – with hundreds of thousands more unregistered – and the country is struggling to cope. Earlier this year, King Abdullah of Jordan warned:

“In the psyche of the Jordanian people I think it’s gotten to a boiling point. Sooner or later the dam is going to burst.”

But the children interviewed for Why is That? showed compassion and a desire to help meet the refugees’ physical, emotional and spiritual needs. They were also asked to consider what they would do if they were in the refugees’ shoes. One boy said: “I’d ask God for help, and hope that people would help me.”

Why is That? producer and presenter Essam Nagy wanted to go to Jordan to hear directly from the children there how they perceive the refugees in their midst.

He also interviewed refugee families about their experiences and challenges, alternating these with the Jordanian children’s comments to compare their responses.

After filming and editing the video clips, Essam returned to Jordan to show the finished versions to the interviewees. Some were teary-eyed as they heard the Jordanian youngsters’ willingness to help refugee children.

SAT-7 is helping refugees through programmes that address their particular needs, such as My School and Medicine and Life. We are also giving them a platform to share their stories and encouraging a compassionate response to those in need.