You are here: Home / Latest News / Pointing children to a purpose-filled life
Search

Pointing children to a purpose-filled life

Nineteen-year-old Joy Basta is a presenter on the SAT-7 KIDS programme A Riddle and a Story. Being raised a pastor’s son and surrounded by church community did not exempt Joy from negative pressures at school. Here he shares his experience and gives insight into the struggles of the region’s youth today.

“Although I attended a Christian school, it was in a very rough area,” Joy reflects. “Everything you could imagine was happening there: drug dealing, sexual abuse, and fist fights… it breaks my heart.”

His family, like many, were unaware of the poor learning environment. Joy says that the disparity between home and school life was incredibly confusing, even though biblical morals were taught in both places. “It was so corrupt, yet I was being educated with Christian values,” he says.

Like many Lebanese youth, Joy’s peers were frustrated by the corruption they saw around them and the hypocrisy in Christian schools. Furthermore, Joy says, they were seeking a better life than that of their parents, most of whom had lived through Lebanon’s bitter civil war.

“Although many of today’s youth were born after the war, they don’t want to waste their life like their parents,” Joy observes. “They want to enjoy every moment. They think a good life is about partying… it became part of the culture.”

This culture infiltrated into Joy’s school, and many young people started to turn to harmful habits in rebellion. The pressure started to take its toll on Joy. Before long, he found himself being swept in a dangerous direction.

“The company around me took me to a place I didn’t want to go,” Joy remembers. “I had no respect any more for the word of God, or what my family believed in. All I wanted to do was try the things they were trying.”

One of Joy’s regrets from this time in his life, which spurs him on in his work for SAT-7 today, is that he feels he could have done more to be a godly influence on his friends. “Unfortunately I wasn’t able to stand strong in prayer for my peers and classmates,” he says. “I could have prayed more that they would see God… I knew that the main problem was that I wasn’t standing strong in faith myself.”

HOPE FOR THE FUTURE

Having been in this “dark place” himself, Joy now seeks to set a good example to young people and bring hope to others going through similar experiences.

“We have been going down to the streets, myself and a few friends, to meet youngsters and share our faith,” he says. “I invite them to church and to watch SAT-7. I tell them that I know we don’t live in the best area and that the future does not seem bright – because I’ve lived it – but the only hope for the future is in Jesus.”

“I really thank God for the chance to work with SAT-7 because I used to watch SAT-7 when I was a kid, and the impact that these presenters had on me was really amazing. I used to learn a lot from them,” he adds. Joy now wants to impact others in the same way. “All I know is that as long as I’m here, I want to be my best so that people see Jesus and so it can have even a small impact in their lives.”

Despite all he has been through, Joy is filled with hope for the young people of the Middle East.

“The time is coming where we will see a generation, an entire generation changed and focused on Jesus,” he says. 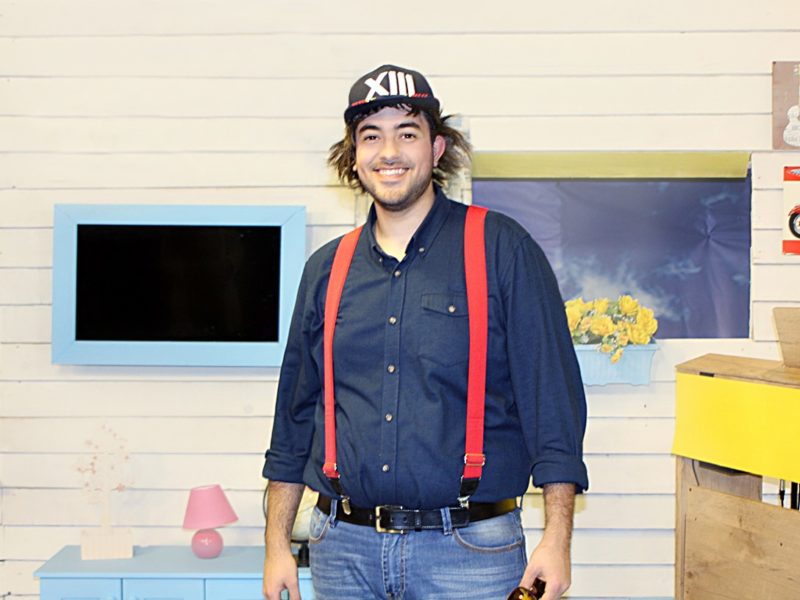 You can invest in the next generation of young people like Joy by making a gift today. It costs just 50p to broadcast 24/7 to one child for an entire year. And your donation today could impact twice as many young lives thanks to a generous donor who has pledged to match gifts to this appeal.

Will you invest in the next generation?

You can invest in the next generation of young people like Joy by making a gift today. It costs just 50p to broadcast 24/7 to one child for an entire year. And your donation today could impact twice as many young lives thanks to a generous donor who has pledged to match gifts to this appeal.