Kaya*, a SAT-7 TÜRK staff member, testifies about how he developed a strong faith in God at a young age, despite fierce resistance from his family.

“I don’t come from a Christian background, but I found God when I was twelve years old,” Kaya says. “I grew up with a lot of religious people around me. Faith interested me, and I started researching different religions on the internet, but I had a preconception that Christianity was bad.

“My father took me for a walk one day, and he took me to a church. He just wanted to go for a walk, but I believe that God used my father without him realizing it. As soon as I stepped inside the church, I felt like I had entered a different world, and I was filled with peace. When I look back, I realise that it was the Holy Spirit. For a year, I continued to search and think about God. I was very confused, but I just prayed: ‘God guide me to the truth.’

“On Christmas Eve, I was reading the Bible and suddenly I felt that Jesus Christ was standing in front of me. I couldn’t grasp what was happening at the time. I immediately got down on my knees and said, ‘Jesus Christ, I believe in you.’ I was twelve years old at the time, but I knew that I had found my purpose in life.

“Telling my family, and the consequences, was the most difficult time of my life. I was a little warrior when I was twelve. When I read the Bible, I would take it very literally. I would apply it exactly as I understood it. The verse I read at the time was ‘Anyone who loves their father or mother more than me is not worthy of me’ (Matthew 10:37). When I read this, I accepted it immediately.

“Five minutes later, my mother came into my room, saw the cross hanging from my neck, and asked ‘What’s that? Are you a Christian?’ I replied, ‘Yes, I am.’

“My mother started crying. There was no way she could accept this. It was as if I was a murderer. For a very long time I fought with my parents as they tried to convince me about their faith. They wanted to take me to all the big religious houses and the religious elders. But I refused to go. For two years, they only allowed me to leave the house for school, because they didn’t want me to go to a church.

“One day, I found the opportunity to go to a church and I was able to find a Bible and two books to take home with me. A man in the corner of the church noticed my interest in the books, and offered me many more, which I gladly took. I would constantly read them in secret, hiding them from my parents if they came in the room. My parents didn’t want me to leave the house, my father even used violence because he thought he could convert me by beating me.”

As an adult, Kaya now works in the viewer support team for SAT-7 TÜRK, talking to viewers about faith and praying for them. For now, his parents have come to an uneasy acceptance of Kaya’s faith.

“Gradually, as if nothing had happened, my family forgot,” Kaya says. “To deceive themselves, they all acted as if I had never become a Christian. They still pretend, but inside, they know that I am a Christian. It’s still like this today.

“When I have saved up money and when I am ready, I will leave home, and before leaving, I will tell them about the Bible.” ■

*Names changed and image used for representation only 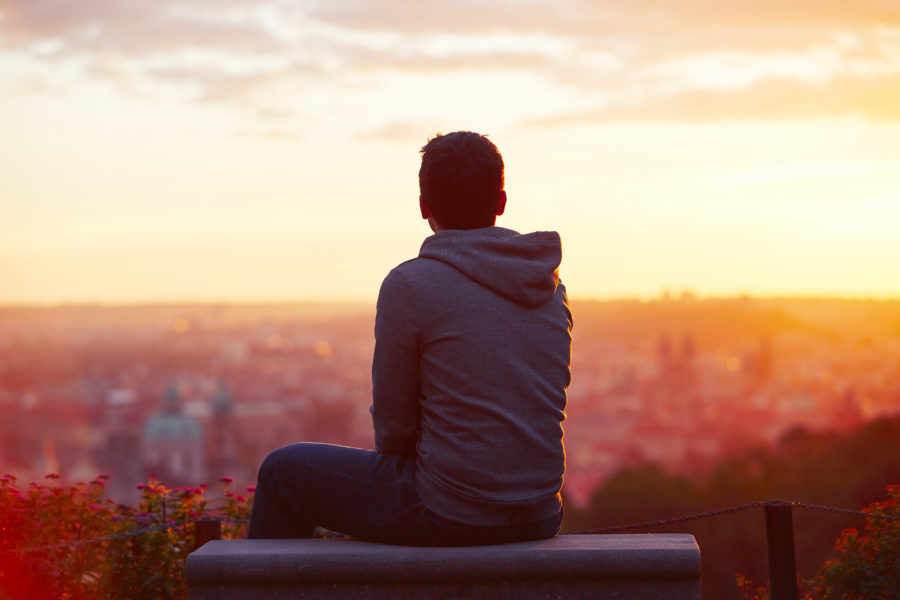