You are here: Home / Blogs from the Middle East / Beirut Blog / Keeping up with the Nassers – June 2015
Search

As I mentioned in my previous post, materialism plays a heavy role in Lebanese society. Here, “keeping up with the Joneses” takes on an entirely new dimension. Appearance is important; your reputation is everything. 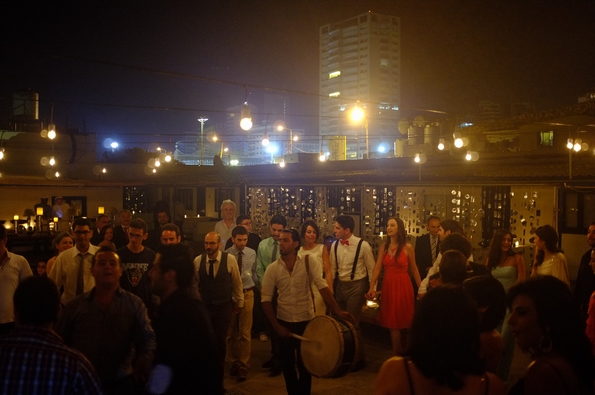 Lebanese women are famous for being beautiful. A few years back, when I told a taxi driver in Cairo I was visiting from Beirut, he immediately remarked, “Ahhhhhh the Lebanese women are the most beautiful in the world”. This reputation does not come without great effort on the part of the Lebanese women: they frequent beauty salons with the same enthusiasm their male counterparts exude for sports cars and the World Cup. Plastic surgery is so utterly common that banks give out loans for those seeking enhancements out of their price ranges. When I was at university here, back-to-school season in the autumn and the post-Christmas break brought a sea of bandages as those recovering from recent surgeries walked to class.

This pressure does not just affect young Lebanese women. I was initially quite confused at the number of young men walking around with bandaged noses and bruised eyes until I realised they were recent plastic surgery patients. I still remember my first couple of weeks wandering around Beirut thinking to myself, “My goodness, young men seem to be getting into a lot of sports accidents here.”

This societal emphasis on appearance is also found outside of the salon. It affects what car you drive, how your apartment is decorated, what you wear to each of the 50 weddings you attend every summer (Lebanese women usually wear full evening gowns to wedding receptions, similar to prom dresses in the US). Lebanese, both women and men, are always well dressed. Wearing flip flops or tracksuit bottoms in public, even for a quick trip to the mini market, is unimaginable. Wearing a full face of makeup to the gym is not unusual. Lebanese streets are filled with potholes, crumbling pavements and honking, swerving taxi drivers, none of which stop Lebanese women from doing everything from picking up their children from school to extensive shopping trips in the highest heels they own.

I believe that this obsession with physical appearance and materialistic consumerism originates in the Lebanese “Honour and Shame” culture which places reputation and pride on the highest pedestal and forms the tight, controlled familial bonds of a country that sometimes feels more like one large village than a nation state. This “Honour and Shame” culture is not always something negative. It is the source for the famous Arab hospitality and generosity, and acts as a moral force that promotes and celebrates strong family ties.

However, it also fosters an emphasis on reputation and appearance with the added weight of the Lebanese familial networks (that often seem more like clans than extended families). Your actions, your house, your car do not just indicate your own success or excellent reputation: all of these choices carry the name of your extended family. “What will the neighbours think?” is no light exclamation. The Lebanese all maintain a strong connection with their home village, partially through a government system surprisingly similar to that of the Roman Empire in which Joseph and Mary were required to return to Joseph’s ancestral village of Bethlehem for the census. Even if you live far outside of your home village, word will always travel back. A close friend once told me that she was very worried because she had gone on a date the previous night with a potential suitor in Beirut and a distant cousin spotted them together. She was convinced he had already called everyone back in their mountain village to tell them what he had seen.

From a national perspective, the Lebanese in some sense are proud of their appearance-driven society. The Lebanese love to brag about their “cosmopolitan” country, their capital, Beirut, often referred to as the “Paris of the Middle East”. All Lebanese study Arabic, English and French in school and historically most educated Lebanese have been fluent in all three although these days English is edging out French. In contrast to the majority of Arab countries, most Lebanese wear Western clothes, go to pubs in the evenings with their friends, ski all winter, and perfect their tan lines all summer at the beach.

Cosmopolitanism is in many ways a self-fashioning performance, a way for the Lebanese to separate themselves from their more conservative neighbours. Lebanese women in particular are expected to live out and fashion themselves around this cosmopolitan ethos and the well-known and well-advertised (by the ever enterprising Lebanese Ministry of Tourism) beauty of Lebanese women is a source of national pride – hence my cab driver’s reaction back in Egypt. Taking part in the culture of materialism, “keeping up with the Nassers”, is in some sense not only a familial duty, but a unifying element of national pride for a country that rarely agrees on anything.