LEBANESE TV MUSICIANS ON SHOWING LOVE IN A DANGER ZONE

Lebanese TV presenters and musicians have shared how Christians in the Middle East are seeking to share the love of Christ to people fleeing conflict and atrocities in Syria and Iraq. 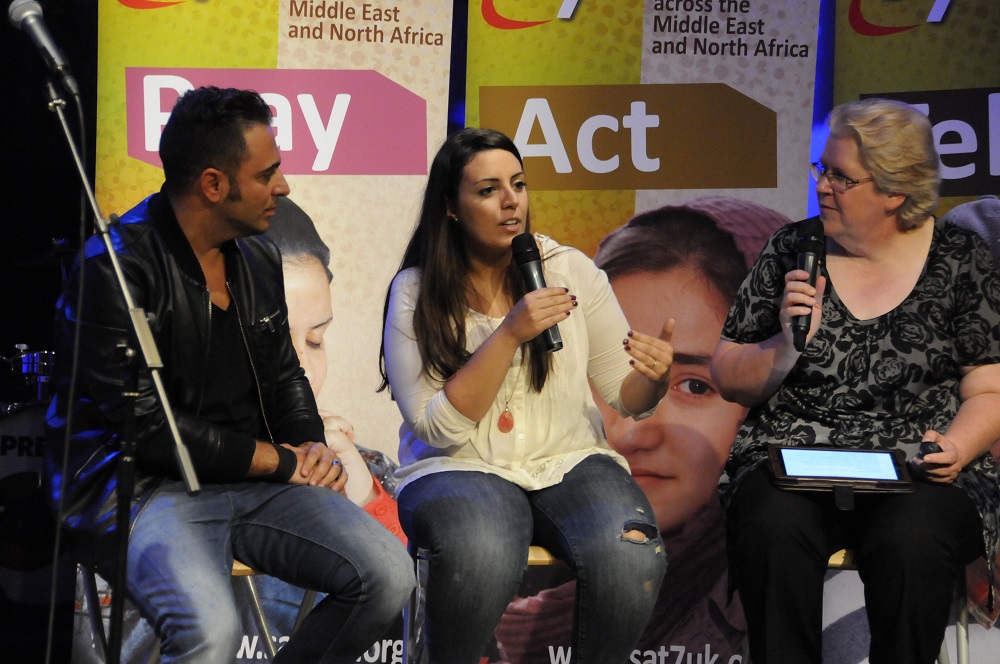 Joyce told the audience that close to 2 million refugees have come to Lebanon, putting immense pressure on Lebanon’s services. This has resulted in power cuts and water shortages, and fuelled rocketing rental charges. Some Lebanese fear or resent the influx of refugees from a country that occupied Lebanon for nearly three decades, but many churches are welcoming them. Rawad and Joyce’s church currently assists over 120 families with food vouchers and welcomes many to their services.

Joyce and Rawad’s programme, From Me to You, has two Syrian co-hosts and is also watched avidly by viewers in Iraq. 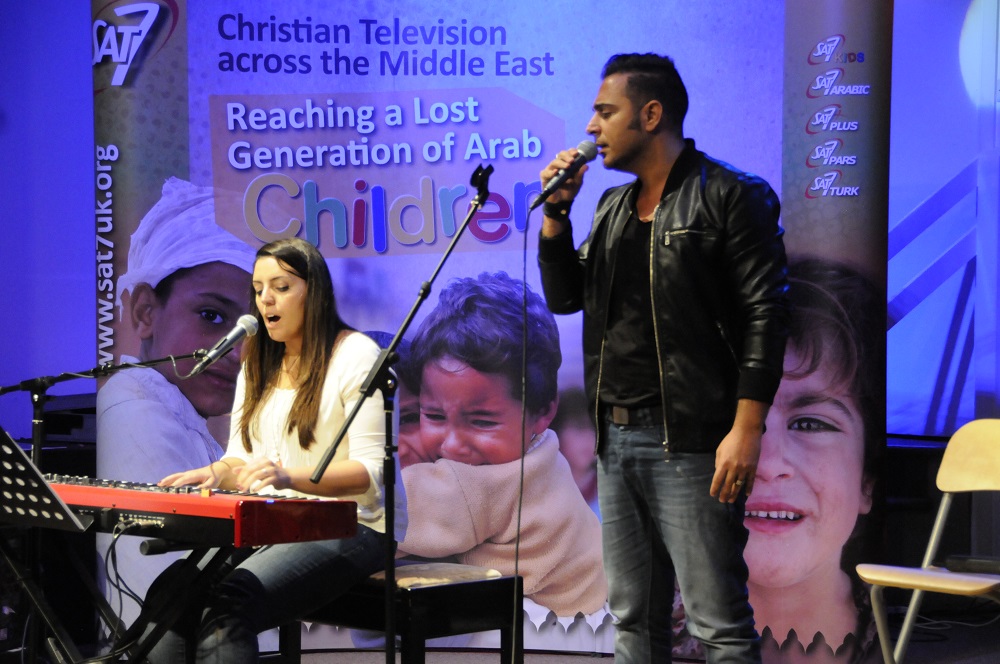 Rawad explained that the idea for the show came from his experience as a member of a leading Christian band in the Middle East, Strongholds, sharing their lives together. The show’s vision was to enable young Christians across the Arab world to share and support one another in a similarly open way, as they call in to the show via phone, Skype and in other ways.

Viewers share both positive and negative experiences, but a growing number are seeking prayer for peace or protection “and some feel bad because they have left the country and their family,” Rawad added.

Despite this, From Me to You‘s mixture of live praise music, videos from other Middle Eastern artists, Bible readings, and serious and zany conversation, offers hope and friendship to an enthusiastic audience.

Asked why Joyce and Rawad, as talented musicians, do not leave, Rawad said, “I have a passion for people who are hurt. This passion and strength is from God and that’s why I want to stay.” Joyce, whose husband is Canadian and left a safe banking job there, said, “Both of us believe God put love in our hearts for the Middle East for a reason. Our role is to serve people in the region.” 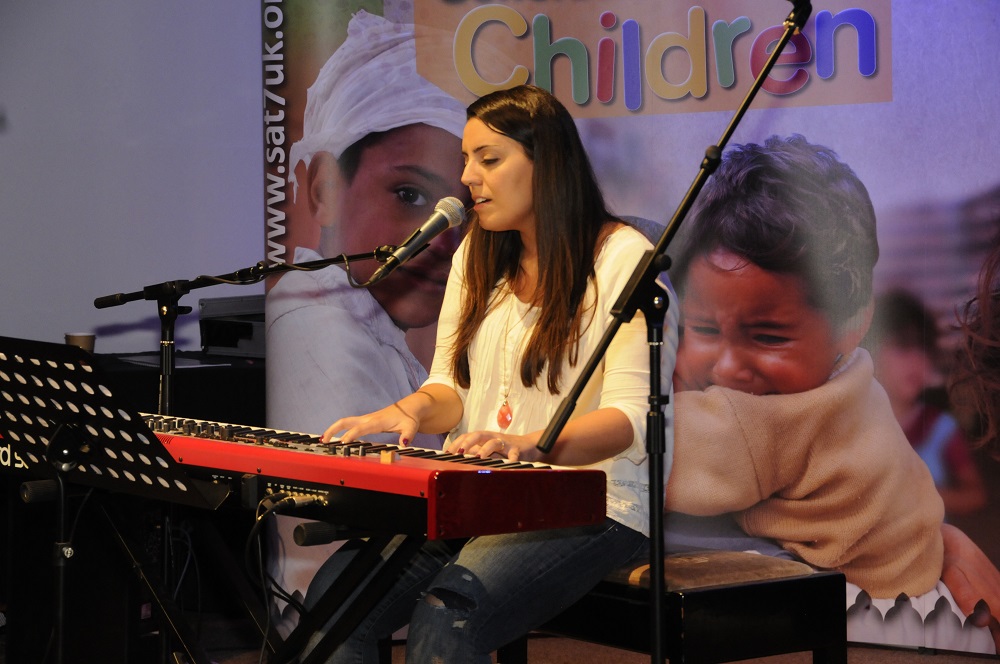 Among those attending the evening was a Bristol medical student who grew up in Mosul, Iraq. He joined other attendees in sending a personal video message to persecuted Christians that SAT-7 will screen for viewers in his home country.

Several fans of From Me to You were there too. For Lucy Hanna, an Egyptian living in Solihull, who came with other members of her SAT-7 watching family, it was a rare birthday treat to see presenters of her favourite SAT-7 show. The family marked it by meeting and being photographed with the two members of Strongholds, whom Lucy called the “most contemporary praise band in the Middle East”.