You are here: Home / Features / A voice and a hope for Iranian women
Search

A voice and a hope for Iranian women

Hengameh Bourji is one of the presenters of Insiders, a women’s talk show on SAT-7’s Persian channel. Here, she reflects on the hope that Jesus brings to women of all backgrounds, both in the Bible and in modern-day Iran.

For us as Christians, the season of Lent and Easter is a time of rejuvenation and renewed hope. As we reflect upon our Saviour who died and rose again and consider how it applies to our lives, we come to believe not only in His power to resurrect us from death but also in His power over our doubts, problems, and all storms in our lives.

As I spent time reflecting on Jesus’ life and death, I thought about the women of the Bible who followed Jesus to the end. I eagerly tried to trace the footsteps of the women followers of Jesus in the four Gospels. The Gospel of Luke, in particular, sheds a bright light on Jesus’ attitude and approach towards women.

These women were the true followers of Christ who were forgiven, healed of diseases and delivered from evil spirits, and some even travelled with him throughout the land to towns and villages:

After this, Jesus travelled about from one town and village to another, proclaiming the good news of the kingdom of God. The Twelve were with him, and also some women who had been cured of evil spirits and diseases: Mary (called Magdalene) from whom seven demons had come out; Joanna the wife of Chuza, the manager of Herod’s household; Susanna; and many others. These women were helping to support them out of their own means.”
Luke 8:1-3

No matter where these women had come from, they all had something in common. They all needed hope.

But they had something else in common too – these women were second class citizens in a society dominated by men. They had few rights, no voice, and weren’t allowed an education. Amazingly, we see our Saviour giving them a voice and a place among His close followers. The Gospel of Luke shows us that He not only allowed them to learn alongside men, but actively encouraged them to do so.

When Jesus was in the house of His friends, Mary and Martha, Mary chose to sit at the Lord’s feet to listen to His teaching while Martha was busy doing the preparation and cooking for all the guests – the only job women were thought to be capable of. Jesus tells Martha to be a disciple and learn – something she had probably heard for the first time!

But Martha was distracted by all the preparations that had to be made. She came to him and asked, “Lord, don’t you care that my sister has left me to do the work by myself? Tell her to help me!” “Martha, Martha,” the Lord answered, “you are worried and upset about many things, but few things are needed—or indeed only one. Mary has chosen what is better, and it will not be taken away from her.”
Luke 10:40-41

Jesus gave hope to these women, a hope which they had never experienced before. They had a voice, and felt valued and listened to. All these hopes were completed and sealed through the resurrection, which gave new meaning to their hope and took it to a whole new level.

What do the women in the Gospels have in common with many women in my country of Iran? Many of them are considered second-class citizens. And regardless of who they are, poor or wealthy, educated or uneducated, able or less able, living in mansions or living on the street, they all need hope; a real, complete and fulfilling hope that can only be found in Jesus Christ through His death and resurrection.

Please pray that the women of Iran look for their hope in Jesus Christ, and ask Him for the living water. Pray that once they experience the love of Christ and the power of his death and resurrection, they will follow Him whatever the cost. 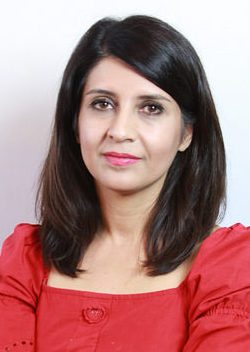