A shocking incident in which a 70-year-old Christian woman was stripped naked and dragged through the streets of Upper Egypt was condemned on two topical SAT-7 programmes.

Women’s chat show Needle and Thread and current affairs programme Bridges discussed the attack on the woman by a mob of around 300 armed men, who also vandalised and torched seven homes belonging to Christian families in El Karm village.

The attack followed false rumours of a love affair between the 70-year-old woman’s son and a local Muslim woman. It provoked an outcry on social media with people using the hashtag “Egypt stripped naked” to emphasize the severity of the disgrace, and renewed questions about the treatment of both women and the Christian community in Egypt.

A question of “honour” 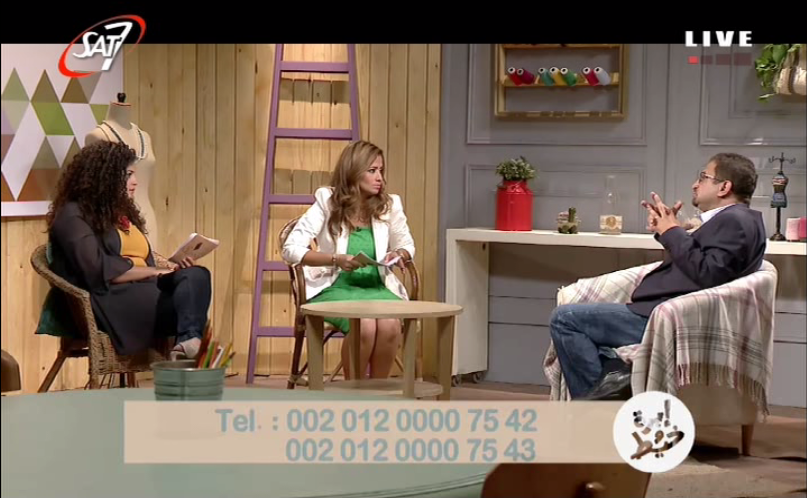 Needle and Thread interviewed Psychiatrist Dr Awsam Wasfy about the concept of honour in rural societies. He said a man’s honour is associated with two things: a woman’s body and land. Dr Wasfy explained how a culture of revenge often results in the dishonouring of a woman in an effort to restore the honour of another family:

“It’s not only that honour is associated with a woman’s body but more importantly that it is used in retaliation – by causing the same shame and disgrace to the other.

“[They think that] bringing shame on the mother will decrease the shame of the Muslim woman who was originally shamed in the community.”

Condemning the attack on the 70-year-old woman, Dr Wasfy said it was unacceptable and immature, and called for the perpetrators to be brought to justice.

A call for change

Meanwhile, Bridges also reported on the incident and considered the issues it highlighted. The episode featured a live call with Bishop Makarious of the Diocese of El Minya and Abu Korkas, who called on Christian and Muslim leaders to work together for change:

We must protect our values and morals and cooperate to achieve reform because religious figures in Egypt are one of the most influential factors in the society, whether Christian or Muslim.”

SAT-7 programmes are not afraid to tackle controversial issues in the Middle East and North Africa (MENA), particularly those that affect the vulnerable and minority groups.

The attack on the 70-year-old woman highlighted the abuse and injustice suffered by women in the region. They are considered to have lower status and value than men, and are often punished more severely than men for perceived acts of dishonour.

Read more about how women are crying out for worth, and how SAT-7’s programmes are answering their cries.