Seeing and hearing Maher Fayez lead thousands of Christians in worship or sing Christian music at a prestigious interfaith concert, it is hard to believe that this gifted and pioneering Christian musician once vowed never to return to a church. But his journey through rebellion, mainstream music success, excess and meltdown, has given him a rare opportunity to share the strong faith he now has with audiences of all backgrounds. 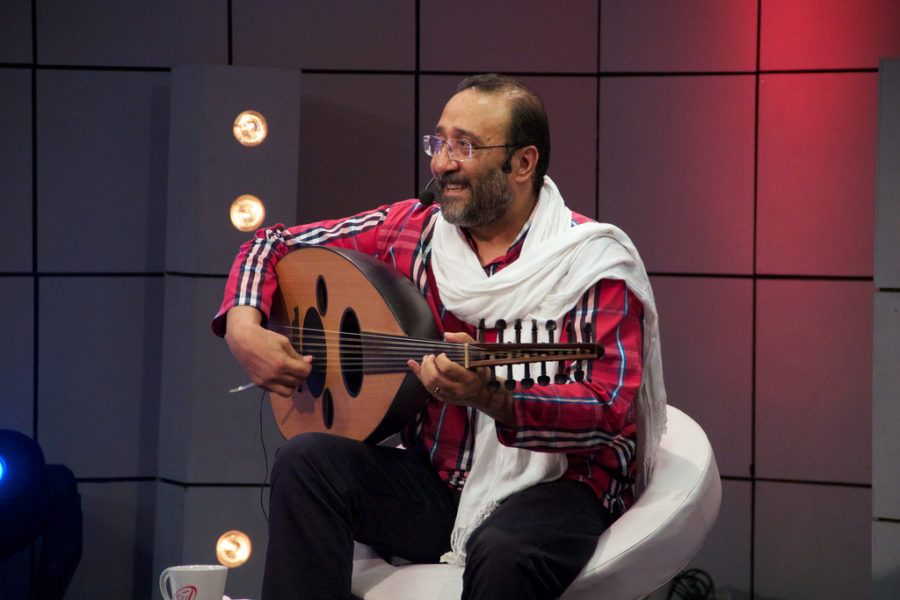 A series of events were critical in leading Fayez to the Lord, and then into ministry. He experienced a defining moment in his childhood at the age of nine. Having loved music from when he was young, Coptic melodies attracted Fayez to church.

He adapted the music to create new versions of songs, much to the chagrin of his choir class teacher. The teacher believed Fayez was distorting sacred hymns and kicked Fayez out of the class. Expulsion from choir made a young Fayez bitter, and he vowed never to attend church again. Thereafter, Fayez would lead a double life, distinguished by professional brilliance and rebellion.

At 16 years old, Fayez had already been working for six years and was making money as a wedding singer. Frustrated with his parents, Fayez ran away from home. His father coaxed him to return, but on the condition that no one would tell Fayez what to do. All the while, Fayez was aware that his father continued to pray for him.

From success to crisis

An ambitious Fayez pursued his dreams by studying at the High Institute of Music in Egypt. By the time he turned 24, Fayez had composed 21 songs for famous secular singers—an impressive feat for a young professional! As a singer in a band, he made a lot of money, but he was spending it on drinking, drugs and gambling.

Eventually, Fayez’s career started to lose traction. His connections in the media dried up and he faced sleepless nights, questioning himself: Was he successful? Was he happy?

One night in particular, Fayez was crying and wandering the streets when he decided to visit his father. He instinctively knew that the way he felt that night was an answer to his father’s years of prayer. They prayed together and Fayez committed his life to Christ.

Today, Fayez is a Christian celebrity and worship leader in Egypt. Yet his former rebellious spirit and struggle with a pleasure-seeking lifestyle are experiences to which millions of people from all classes can relate.

Friends with the street people

As a worship leader, Fayez’s use of a Middle Eastern style of music influenced by Sufi religious singing has been a bridge to reaching many Egyptians. He says, once his band started to play this type of music, “We made friends with the street people.” The music also caught the ear of famous Islamic Sufi singer, Ali Alhelbawy, who invited him to do the first of many concerts together before mixed religious audiences where people have thanked him for sharing “understandable” lyrics about the Christian faith.

Each week, Fayez sings and leads worship watched by hundreds of thousands on SAT-7’s live We Will Sing worship programme. He also leads worshippers at the Church of God in the Cairo neighbourhood of Shoubra. Some of the attendees are not Christians and many tell Fayez, “Something different happens when we come…there is a different spirit in this place.”