You are here: Home / Press Releases / Middle East Christians – more visible than ever before
Search

Middle East Christians – more visible than ever before

The presence and beliefs of Christians in the Middle East are now more visible and more accessible to the region’s people than ever before, according to the founder and Executive Director of Christian TV network SAT-7, Dr Terence Ascott. 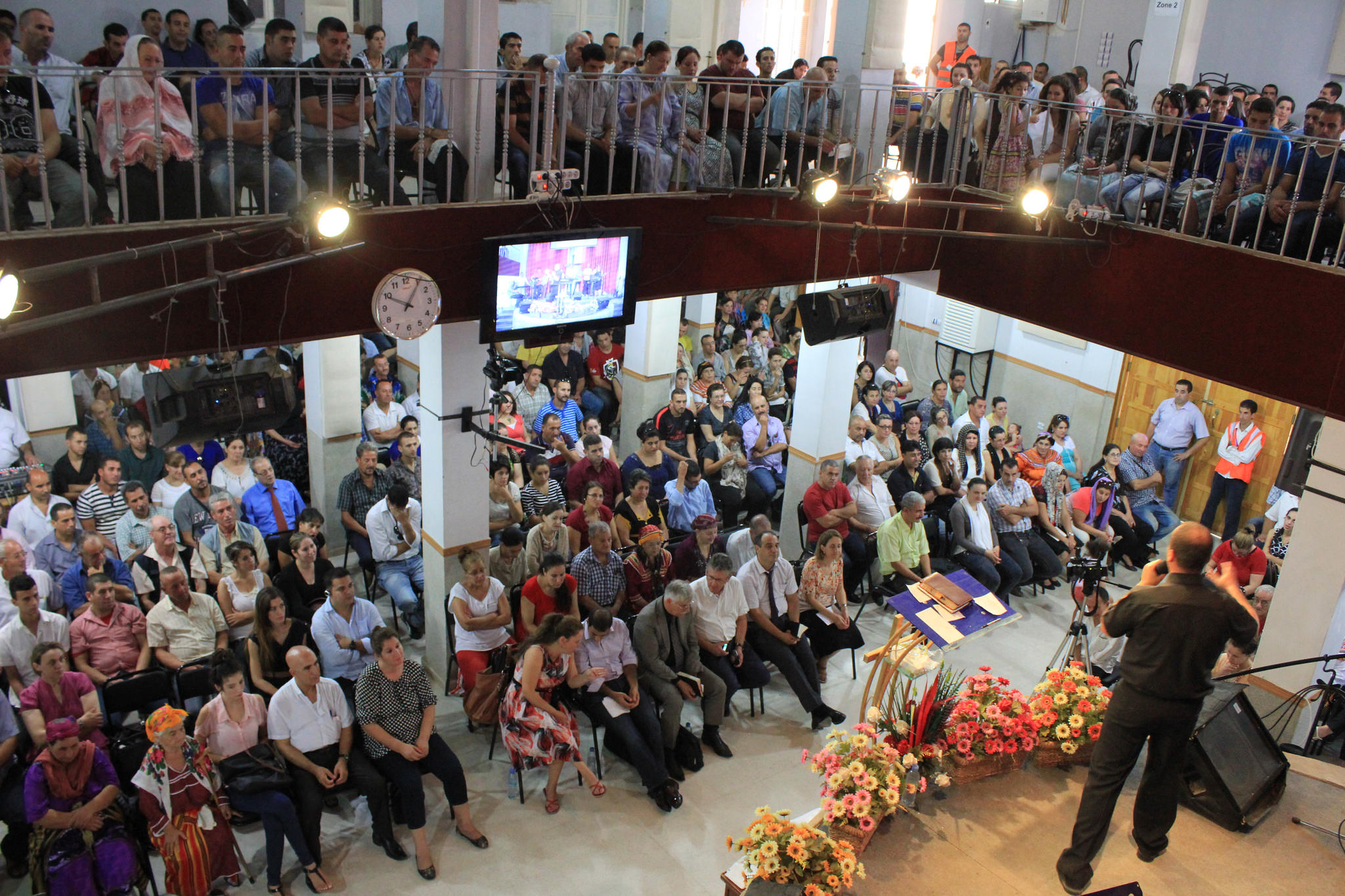 Despite the percentage of the Middle Eastern population that is Christian falling by 10 per cent over the last century (from around 14 to 4 per cent), Ascott said this small minority is sharing its faith today in ways that were “unthinkable” 20 years ago. And they are doing it at a time when violence in the name of religion is causing many in the region to question their inherited beliefs.

As Middle East network SAT-7 counts down to the 20th anniversary of its first broadcast on 31 May, Ascott said satellite TV and new media have created “unimagined” opportunities over the last two decades.

Dr Ascott said that whenever the vision for an indigenous Christian TV channel in the region was presented in the 1980s, it met the same objections: “Arab Christians would not risk showing their faces on camera; it would be impossible to fund; governments wouldn’t permit it to make or broadcast programmes.”

“One by one”, Ascott says, “these objections and obstacles were overcome. SAT-7 is ‘owned’ by all denominations; broadcasts across 25 countries, and has studios in three Middle Eastern cities. Amazingly too, Christians from the region are willing to be seen on screen.”

With much admiration, Terence remembers the bravery of the early presenters who nervously appeared on screen unsure of how Arab governments were going to react to SAT-7. This continues to be a challenge even today. “Perhaps the bravest people we’ve had on air in 20 years are the Algerian and Tunisian presenters,” he says. “In the last few years they have been willing to go on screen and publicly testify to their faith – even though they’re not from a Christian background.“

Lebanese Christian Rita El-Mounayer, who appeared in the station’s first transmission and is now SAT-7’s Channels Director, said,  “The Church had the unprecedented opportunity come out from behind its walls and share its faith – and it did!”

As a result of that pioneering work, some 15 million viewers across the region nowregularly watch SAT-7’s 24-hours-a-day Christian programming in Arabic, Farsi (Persian) and Turkish. With the explosion of social media,  as many as 4.7 million SAT-7 videos a month are being watched on YouTube and Facebook.

In two decades, many conflicts have overtaken or drawn in more than half the countries SAT-7 serves. But these, and extremism in the name of religion, have increased the hunger for SAT-7’s programming.

“SAT-7 is enabling the Church to be salt and light in society, to be a prophetic voice and show a different way,” Ascott said. “This is a prime time for us as a ministry and it comes at a time when political Islam has been discredited and people are looking for answers to man’s inhumanity to man.

“It is a fantastic time for us to be reaching into millions of homes that are totally inaccessible to other forms of witness, with a Gospel of love, peace, hope and reconciliation.”