The Big Watch is a stimulating film night in your home, church or other venue in which you and your friends watch and discuss Closure, a powerful film from Iran. It’s a great opportunity to learn together about the experiences of Christians in the Middle East and SAT-7’s ministry by and to them.

Stourbridge-based couple Hannah and Charlie Pimm told us why watching Closure with a group of friends was “challenging but fun” and why their first Big Watch won’t be their last! 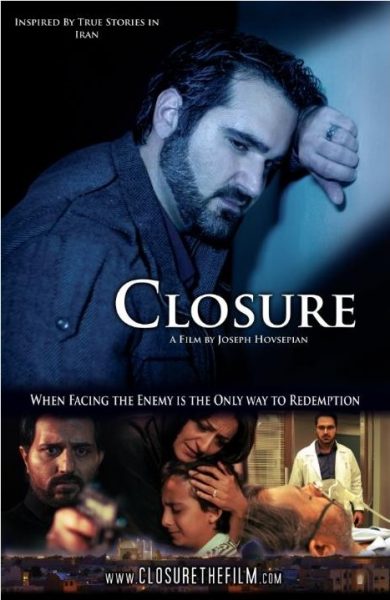 Hannah and Charlie became aware of SAT-7 in the last year or two and wanted others to hear about the ministry and gain a better understanding of the persecution many Middle East believers undergo.

So using the Big Watch invitation cards they asked three Christian couples around to their home to watch Closure. To give the evening a true Middle Eastern flavour Hannah cooked some mezzes using SAT-7’s A Dish to Share recipe book, which they ate as they watched the film.

“It went really well,” Hannah said. “People were quite moved, and I noticed that the husbands particularly were quite surprised at the intolerance towards Christians in places like Iran.

“One lady was really moved and told her daughter, who is in her 20s, about the film. She said her daughter was in tears when she told the story and now she really wants to see the film.

“We used some of the discussion questions SAT-7 provided at the start but from there the discussion developed naturally. We watched the interview with the producer, too. I think that was important because it makes the film more convincing when you know that his own father was murdered for his faith.”

Hannah and Charlie also quoted some of the testimony stories from SAT-7 viewers featured in the Dish to Share recipe book. Charlie said, “These anecdotes are very encouraging.”

The couple already planning to arrange one or two more showings of Closure because several friends have been very interested. “It raises awareness,” Hannah said.

“It’s an engaging film and if you support SAT-7, it’s something hopeful in a region where this are so many difficult things. Although the film is sobering, it was still quite a cheery event to put on. It was challenging but fun as well.”