You are here: Home / Latest News / Miracles and Faith on the Bombed Streets of Baghdad
Search

Miracles and Faith on the Bombed Streets of Baghdad

A SAT-7 crew filming on the streets of Baghdad heard startling testimonies from people living with the constant threat of terror attacks – and discovered that SAT-7 has a major presence in many people’s lives. 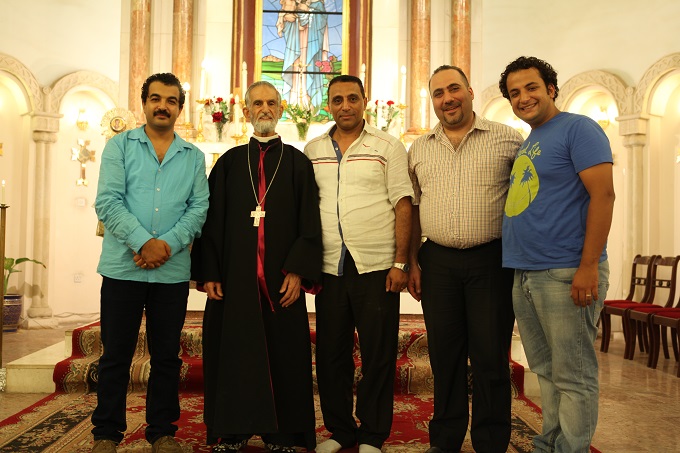 A small filming crew from SAT-7 Egypt went to great personal risk when they stepped off the plane in Baghdad a few months ago. Public safety has deteriorated so much in Iraq that only priests and diplomats are allowed to meet arrivals at the airport. There are cement blocks in front of churches, schools, police stations, and hospitals to prevent car bombers from driving into them. Still, millions of Iraqi Christians remain in their homeland, known in the Bible as Babylon.

Chris*, an Executive Producer who has worked with SAT-7 since 1999, led the filming crew. During the 5-day trip, they captured footage of street life in Baghdad, local Christians sharing testimony, and a worship service at Unity Church. Their goal was to show how Iraqi Christians live in the midst of dire circumstances.

Reverend Michael* shared a startling and miraculous testimony. He was driving the church bus alone after taking members home from worship service when, suddenly, an assailant in another car pulled alongside him and detonated a bomb. The explosion sent burnt pieces of the bus flying.  Miraculously, the only part of the bus that survived was the driver’s seat where Revd Michael was seated. He had a few minor scratches, but was otherwise unharmed. 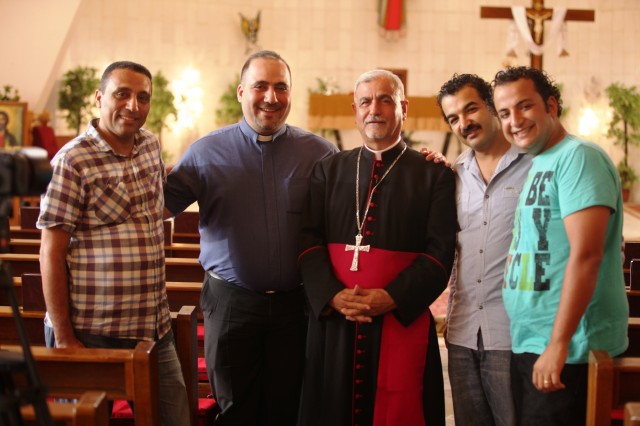 Two more testimonies showed amazing forgiveness within families. Amira* was devastated that her parents had abandoned her in a shelter when she was a baby. But as an adult, through Christ, she has found forgiveness for her parents.

Another Iraqi believer, Shadi*, testified that he and his brother were feuding for 7 years. After noticing many explosions happening around the country, Shadi came to Christ and forgave his brother. At a family wedding, the two restored their broken relationship. These testimonies model faith and obedience for the millions watching SAT-7 in Iraq and throughout the Middle East.

Prayer at the checkpoint

Filming conditions in Baghdad were challenging. Because Iraqi police are routinely targeted by insurgents in violent attacks, it is illegal to photograph police or checkpoints. But there are police stationed every 5 yards. Logistically, it is hard to film outside without filming police! On a few occasions, police approached the filming crew to search them or tell them they could not film at a specific location.

In one instance, they were filming at the Degla River, unaware that a police station was nearby. A pastor and big cross were in the back of the van. Everyone waited anxiously as police approached the group. The SAT-7 team identified themselves and waited for higher ranked police to come and question them. When the higher ranking police arrived, the crew was allowed to proceed. Chris says, “They respect the Church very much.” 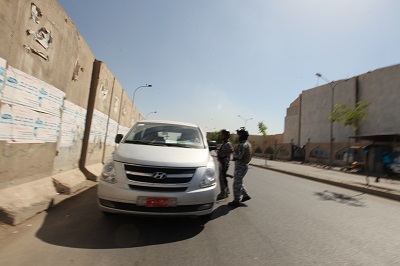 He had asked the police why they love Christians. The police said they want to protect minorities because they have not done anything wrong. One group of policemen even asked the filming crew to pray with them. The filming crew and the police prayed together right there in the street.

Chris was glad to report that SAT-7 is well respected in Iraq. The filming crew asked people in the street if they watch SAT-7 and found that many do. Chris also noticed that SAT-7 was on the television screen at restaurants he visited during the trip.

Research reveals that 1 in 3 Iraqi children are watching SAT-7 KIDS. Some Iraqi viewers have shared that TV is a critical source of biblical teaching and encouragement when it is unsafe to venture outside the home. This filming experience will hopefully lead to more opportunities for SAT-7 to minister to Iraqis. Let us pray that God strengthens and blesses the Church in Iraq.