You are here: Home / Blogs from the Middle East / My God, why have you forsaken me?
Search

My God, why have you forsaken me?

As part of our Lent ‘Hear My Voice’ series, SAT-7 Founder and International CEO Dr Terence Ascott reflects on Jesus’ words on the cross – “My God, My God, why have you forsaken me?” – and asks, what is God’s reply for the Middle East today? 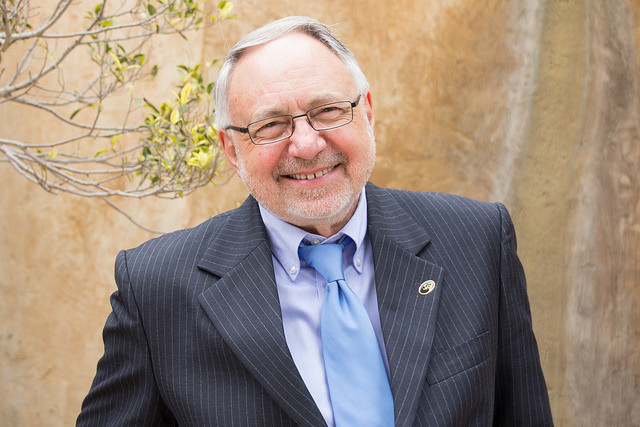 Like believers around the world, the Christians of the Middle East and North Africa often wonder where God is. Where is He in countries like Syria, Iraq and Egypt when they go through persecution, or suffer the distress of conflict, displacement or acts of terror? Why doesn’t God seem to answer their prayers, or even hear them at times?

But today, more than at any time in living memory, it is not just the Christian minorities of the region who ask such questions. When followers of other faiths see violence, murder, rape and unspeakable things happen in the name of God, they also begin to ask if God hears them, if He cares. Many even begin to question the very existence of God, never mind a God of love.

Recent surveys in countries like Iran, Iraq, and even Egypt show that more and more people have lost trust in organised religion, and even in God Himself. There are literally millions who today are self-declared atheists – something which was unthinkable just a few years ago, because of the stigma of such “apostacy” and the shame it brings on one’s family.

Some of these lost, angry and hurting people turn to drugs (Iran, for example has one of the largest drug problems in the world today, with easy access to the opium crops in neighbouring Afghanistan). Some look for hope in ancient religions, like Zoroastrianism[1]. Others find comfort in extremist ideologies, and some even find themselves ready to give their lives as martyrs for their new beliefs.

But some are coming across one of the SAT-7 channels bearing good news and hope. Perhaps for the first time, they hear about a God of love, and His Son, Jesus Christ – who sacrificed His life to save others, not to destroy them.

To those who have given up on finding any meaning to life and death, to pain and suffering – these messages of hope, love, forgiveness, and a new life, a new beginning are like water to a thirsty soul. In the darkness that surrounds them, these messages shine like a candle, providing the only light they have.

So, for both Christians and millions of other SAT-7 viewers, God’s voice is heard! God does speak to those who search for help! Maybe they do not get all the answers they crave, but they do come to realise that they can trust God and that, despite their troubles, He is there to see them through.

Even Jesus Himself, in his last hour on the Cross, experienced a sense of utter loneliness and separation from God, crying out, “My God, my God, why have you forsaken me?” (Matthew 27:46; Mark 15:34). Should we expect better? Should we not expect, like Jesus, to feel forsaken and alone sometimes? But feelings are often not a reflection of facts – and we do know for a fact that He will never leave us nor forsake us (Hebrews 13:5).

In this Lenten season, as we reflect on the passion of Christ upon the cross, let us remember the 60 million human beings in the Middle East whose lives are directly impacted by the current conflicts in Syria, Iraq, Yemen and Libya. Pray that God’s Holy Spirit, through the faithful witness of His children in the region, the broadcasts of SAT-7 and others, and the online and other ministries in the area – will be heard, and will answer the prayers of so many questioning hearts.

[1] Zoroastrianism is a Persian religion founded in the 6th Century by Zoroaster, based on the concept of there being a universal struggle between light (good) and dark (evil).