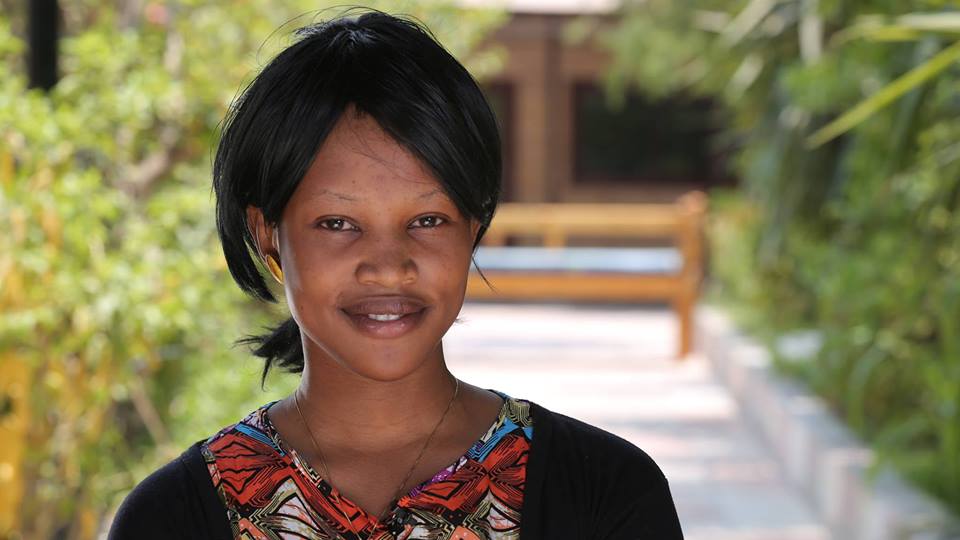 “The topic of this episode has been tugging at my heart for years—every time I see a Sudanese woman or child in Egypt.  I have been imagining and asking—what is their life like?” Maggie Morgan, director of Needle and Thread explained.

In field reports on the programme, Sudanese refugees said they experience discrimination in many forms ranging from a mere joke to physical assault. Maggie described this episode as a “milestone” in her career because it helped uncover unacknowledged attitudes in Egyptian society and she regards this as a step towards building a healthier society.

“It seemed unbelievable that no one had said these stories on TV before.”

“Once I started asking questions to the Sudanese people I interviewed:  children, women and men, I felt we were opening a Pandora’s box of daily negative experiences. It seemed unbelievable that no one had said these stories on TV before. When we posted short clips on our Needle and Thread Facebook page, they went viral and were even picked up by secular websites,” Maggie said.

Mona el-Sheemy, a counsellor and expert in refugee resettlement issues, said that the large numbers of refugees from Iraq and Syria in Egypt do not attract the levels of discrimination experienced by Sudanese who are more distinct because of their skin colour and difference in looks.

Omayma, a Sudanese refugee from Omdurman, across the Nile from Khartoum, said she didn’t expect to find such difficulties in Egypt and missed Sudan where she experienced no religious or racial discrimination. Yet she still saw a positive side to living in Egypt. “Egyptians always harass us by calling us ‘Chocolate’ but I know that Egyptians like chocolate and like to eat it, so I think that’s something good,” Omayma said. 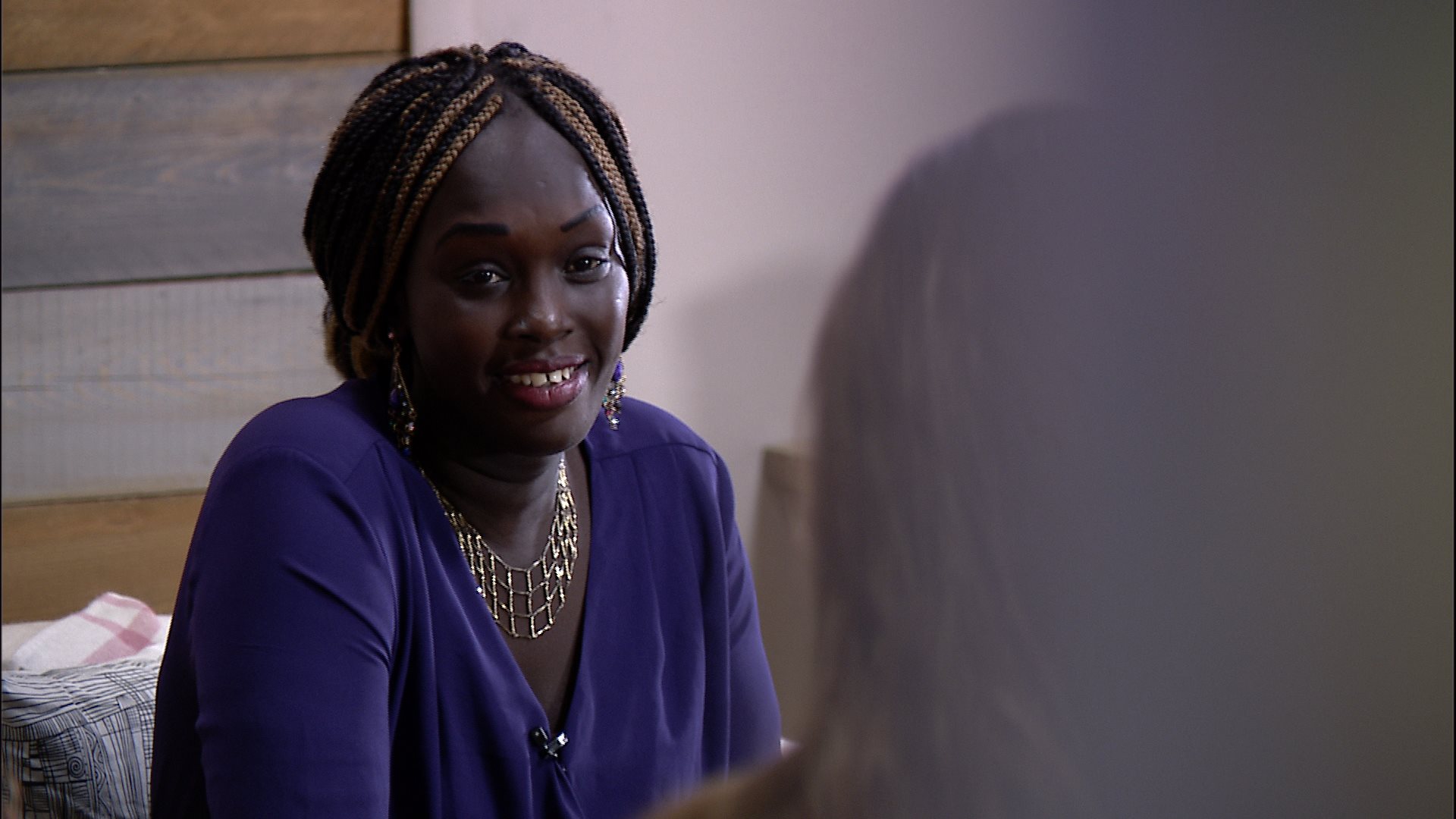 Natalie, from South Sudan, has faced all kinds of harassment during her nine years in Egypt. On one occasion her six-year old son came home bleeding from a shopping errand after someone tried to attack him. Yet Natalie still sees that for every Egyptian who abuses her there is another person who defends and helps her when she is in need. She even laughs off comments she hears on the street.

“On my way to the studio I could overhear two women next to me on the metro chatting about my hair braids and how I sleep with my hair tied in braids like that. They thought I don’t understand Arabic. I just smiled,” Natalie says.

El-Sheemy condemned the strong currents of discrimination in Egyptian society and said that those lower on the social ladder are especially vulnerable in the absence of laws and regulations that punish perpetrators.

Exploitation at work and street harassment are exacerbated by another problem, which is lack of rights in a foreign country. Many Sudanese don’t retaliate for fear they will receive no legal support and because they have seen Egyptians gang up on refugees when arguments occur.

As usually happens with Needle and Thread, the show prompted a flood of live calls – most expressing empathy for Sudanese refugees and some saying that many Egyptians also face discrimination. An Egyptian man named Michael called live to apologise on behalf of all Egyptians for the offenses experienced by Sudanese refugees in Egypt.

The apology was echoed by the presenters. “I felt we had to apologise again and again for being silent about this blatant and excessive discrimination,” Maggie Morgan said.

The recent episode of Needle and Thread is part of SAT-7’s commitment to promoting human rights across the region in recognition of each person’s God-given dignity. Sudanese people have been in focus recently with a With Jesus visit to orphans in South Sudan, and an episode of the children’s art show Scribbles which introduced the culture of the Nubian people in the Nile region bordering Sudan. SAT-7 ARABIC has also screened Critical Issues, a discussion series in Sudanese dialect.

An average of 200 families from Sudan seek refuge in Egypt every month, according to RefugeEgypt, a ministry of the Episcopal/Anglican Church. UNHCR believes the number of Sudanese refugees in Egypt will increase from 15,000 to 19,000 during 2015. Many come to Egypt as a step towards immigrating to Europe or the United States. Numbers have increased since the war that divided Sudan into North and South as well as internal tribal wars that have separated families and reduced education and work opportunities in Sudan.

“”I pray there will be peace in Sudan and that we can go back and live with our families. I also pray for all the Sudanese in Egypt – help us Lord. Thank you SAT-7 for your concerns and taking the time to talk about our issues.”  (Viewer)

“I hope and pray from all my heart that God would drive away the evil spirit among Christians and Muslims because the evil spirit makes people think that if Egyptians do this to me as a Sudanese then I can do the same things to them in Sudan. No, we must change and say no to Satan and stay one because we are all humans and we come from the same dark continent of Africa. May God protect us from all evil spirits.” (Nywech Nyak)

“Guys, the Sudanese are the other branch of Egyptians. I am an Egyptian Nubian and I have a branch of my family in Sudan. I apologise on behalf of every Egyptian for the harassment you experience as a Sudanese in Egypt. I know Sudanese who have lived so long in Egypt, they are more Egyptian than Egyptians themselves.” (Maysa Metwly)

“I would like to tell you that those in the Arab World who will see this report whether they are Sudanese or from countries beyond rivers will think it is normal for kids to treat one another like this. But what is most important is that the parents mustn’t plant seeds of hatred in the innocent hearts of children against other children similar to them or different.” (I the Canary Bird on FaceBook)