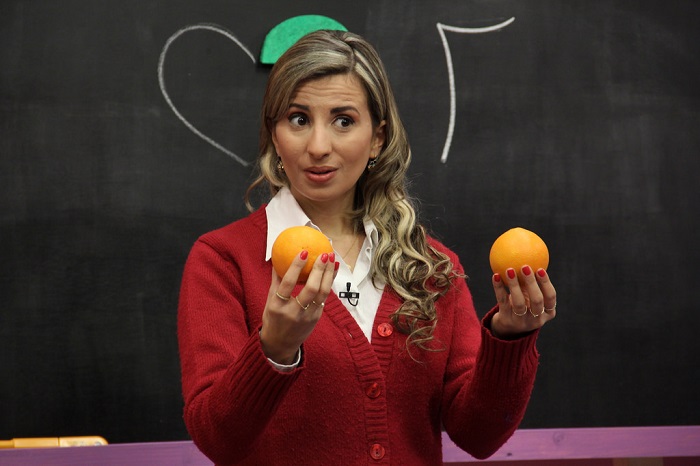 SAT-7 has launched a new on-air school to enable displaced Syrian and Iraqi children whose education has been disrupted by conflict to start learning again.

My School, a 90-minute programme aired Monday-Friday, will teach young viewers the core subjects of maths, Arabic (their mother tongue) and English. The pilot programme’s on-air lessons, which began on Monday (16 March) on the SAT-7’s KIDS channel, are aimed at four- to seven-year-olds but will also be helpful for older children who have missed out on school. 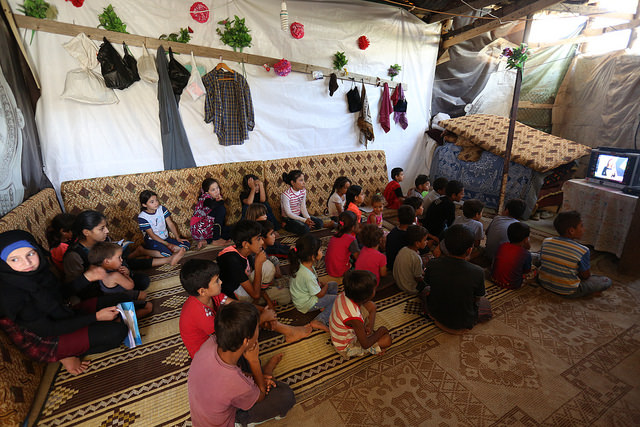 The urgent need for schooling for refugee children was highlighted earlier this week (Wednesday 18 March) by UN Global Education Envoy Gordon Brown. The Envoy called for a multimillion dollar emergency fund to provide education for refugee children, beginning with Syrian children in Lebanon. He said, “All children deserve the hope and opportunity [education] provides.”

Because many displaced children – even some children in refugee camps (see right) – are still able to watch television, SAT-7 KIDS has a “unique opportunity to enable these youngsters to keep learning”, said Rita Elmounayer, SAT-7 KIDS and SAT-7 ARABIC Executive Director.

“In providing education to this lost generation of refugees, especially those from Syria and Iraq, we are investing not just in their future but in the future of the Arab World,” Ms Elmounayer said. “Teaching them to read and write is giving them the possibility to be exposed to different points of view, maybe find a job later and ultimately to help shape society and make a positive difference in the Arab World of tomorrow. It is a great blessing to take the lead in a project like this.” 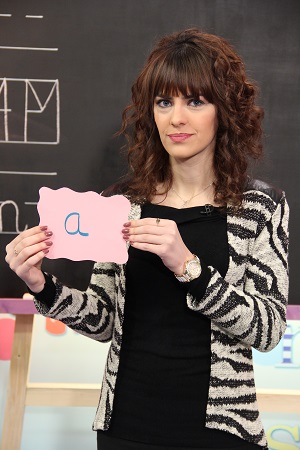 The curriculum for My School has been planned with help from Heart for Lebanon, an NGO that works closely with displaced children and runs a school in a refugee camps. The Christian teachers presenting the programmes are fully qualified educators and experts in teaching children living in difficult circumstances. The shows also make use of fun songs and animation and an attractive, colourful classroom studio set.

Children watching will be encouraged to take part in competitions, quizzes and educational games and will be able to complete online tests to measure their progress.

The scale of the need for education among refugee children in the Middle East is huge. Nearly half of the more than 3 million registered Syrian refugees are under 18 and there an additional 3 to 4 million internally displaced children in Syria and Iraq. The SAT-7 KIDS channel is widely watched across the Arab world with an audience in excess of 9 million viewers.

Pictures above: Children watch My School at a refugee camp in South Lebanon;  English teacher Grace Najjar introduces letters of the Roman alphabet